Children with disabilities deserve to be encouraged

Having a disability is just another aspect of human diversity, yet in Bangladesh persons with disabilities live a very challenging life. They tend to be excluded from mainstream society.

contributed to D+C/E+Z in summer of 2022. She is Programme Officer at Bangladesh Business & Disability Network in Dhaka. 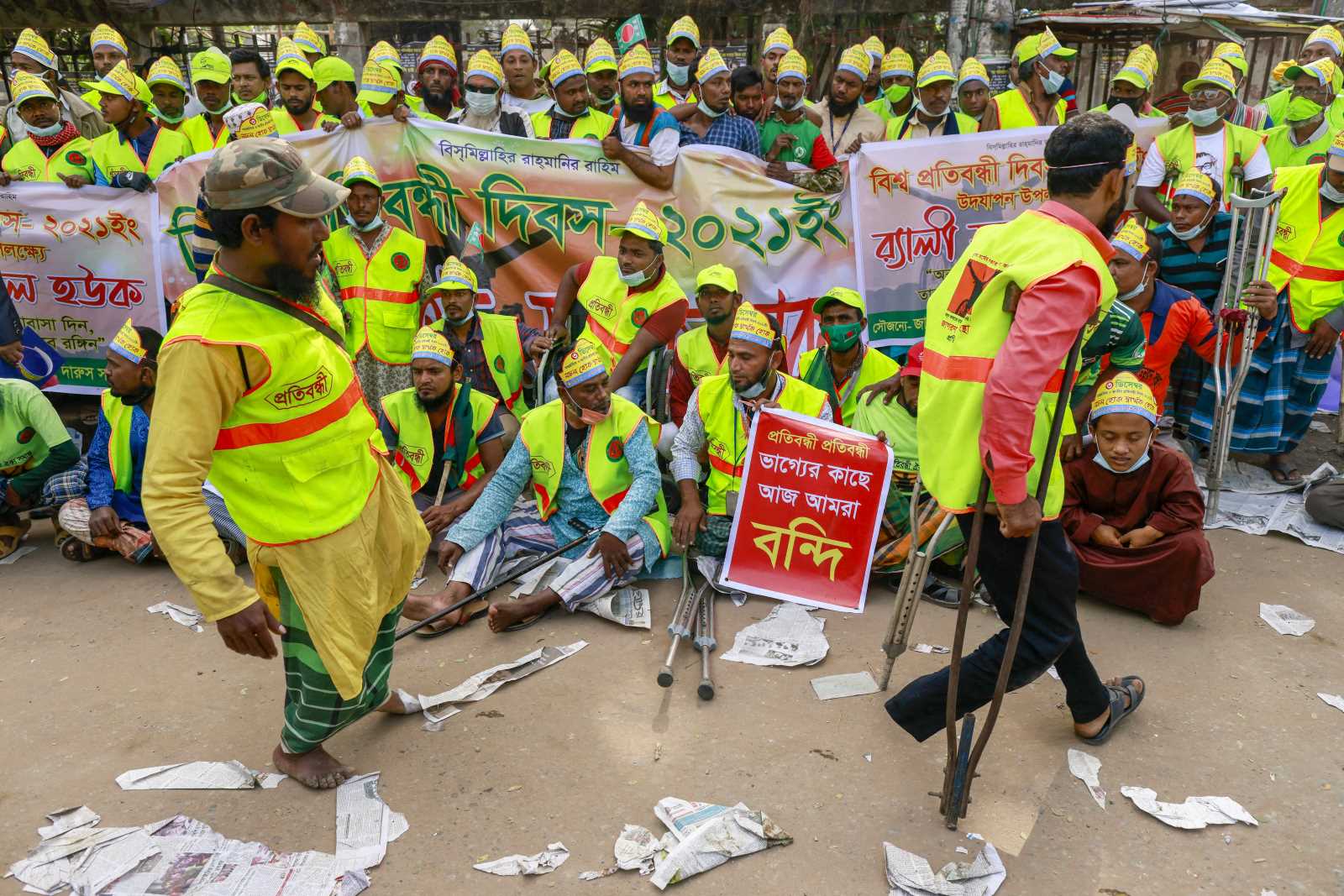 Persons with disabilities (PWDs) often face discrimination from birth in Bangladesh. Even those who belong to prosperous families and thus enjoy considerable support, often struggle to access education, health care and employment. The belief that disability is a curse or a punishment for sinful behaviour is prevalent in society.

According to UNICEF, many children with disabilities are not registered at birth in the country. In the absence of official recognition, they are cut off from social services and legal protections. They are indeed the least likely to attend school and often do not receive health care either.

The children concerned are among the most vulnerable to violence, abuse, exploitation and neglect. That is especially true if they live in hiding or put in institutions. Girls with disabilities tend to suffer in particular. Many are not even fed properly. It is a global phenomenon, of course, that gender discrimination compounds other kinds of stigmatisation (see Sabine Balk on www.dandc.eu).

It also matters that, as the International Labour Organization (ILO) has pointed out, PWDs often lack the self-confidence to pursue ambitions. Even their families do not tend to encourage them to do skills training, for example. Experience shows that, in a more inclusive social environment, young PWDs can develop their potential and grow up to be productive members of society (see Masouda Farouk Ratna on www.dandc.eu). All too often, both educational institutions and their local families fail them.

The employment scenario is worse still. Around the world, PWDs have lower employment rates than the general population. Bangladesh is no exception.

In this country, a person’s “disability” is often seen as their “inability”. Due to preconceived notions, a PWD is generally considered to be a burden. The consequences include discrimination, harassment and isolation.

Disability-friendly infrastructure would help. However, public buildings or buses are typically not accessible for someone in a wheelchair, for example. If there are streetlights on crossings at all, they do not have audio signals for the blind. Even in Dhaka, the capital city, only few buildings are disability-friendly.

The official regulation states that nine seats on each bus have to be reserved for women, children and PWDs, but there are no explicit guidelines for which seats are supposed to be reserved for the latter group. When buses are full, which is often the case, the people concerned typically do not get to the seats that are supposedly reserved. For most people with disabilities, using private transportation for daily commute is the only option. As it is very expensive, many PWDs are confined to their homes.

The Act lays forth an ambitious vision. It made provisions for better counting of people with disabilities, ensuring that their ID-cards would list them as “golden citizens”. The ID-cards help them to claim disability allowances and increased social benefits from the government.

Implementation is a huge challenge, however. Most PWDs cannot visit local administration offices in order to claim the golden citizen status. Reasons include that the buildings are inaccessible or too far away from where the PWDs live. Poverty matters too, of course. A.H.M. Noman Khan of the Centre for Disability in Development (CDD) considers it a core reason of exclusion.

The lack of reliable data and comprehensive statistics matters too. It makes it very difficult to reach out to all PWDs systematically. The plain truth is different sources show very different pictures.

According to the government’s 7th Five Year Plan (2016–2020), approximately nine percent of the population were disabled, and nearly half a million people were estimated to have multiple disabilities. On the other hand, the Department of Social Services (DSS) is conducting an annual disability detection survey. In 2021, it merely identified around 1.2 % of the population as living with a disability. Experts say that this figure is far too low and cannot reflect the reality.

Some civil-society organisations are involved in supporting PWDs and campaigning for change. They are trying to step in with an eye to filling the gaps and want to empower more PWDs. For example, the Bangladesh Business & Disability Network (BBDN) has been working to eradicate negative perceptions and raising awareness for the productive potential of persons concerned. It is also making efforts to create job opportunities for PWDs. The goal is to prove that PWDs are not simply charity cases or, even worse, liabilities. Of course, much more needs to happen for all Bangladeshis with disabilities to live lives of dignity.