Amdework was born in 1992 in the Amhara Region in Ethiopia. He was the first child of his parents. He was a healthy and joyful child until the age of 15, when he became seriously sick with headache by unknown reason. His parents were poor. They could not afford to get a scientific diagnosis nor the right medical treatment.

contributed to D+C/E+Z in summer 2014 as is a visually impaired person from Ethiopia who is working on his PhD thesis at Jyvaskyla University in Finland. 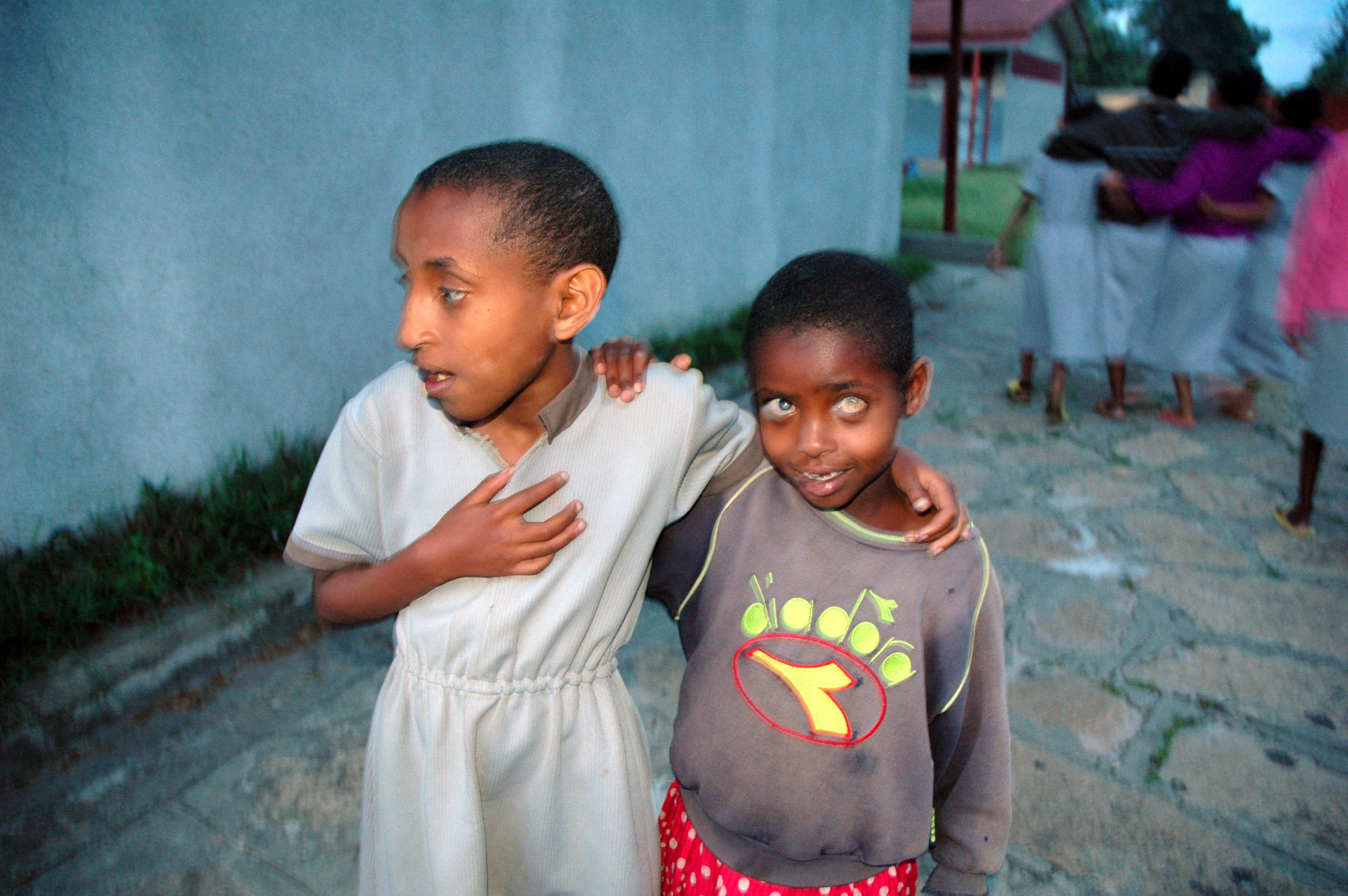 Sean Sprague/Lineair Appropriate facilities remain the exception though they should be the rule: children at the Shashemene Centre for the Blind in Ethiopia.

Based on the advice of their neighbours and friends, they used traditional medicine to cure their child. But the consequences of the sickness and the inappropriate traditional treatment were shocking: The boy lost his eyesight. With the financial support from relatives, his parents took their son to the health centre for medical treatment. But the ophthalmologist there declared that there was no medical solution.

Amdework’s parents lost hope. Their son’s future looked very dark. The boy was totally excluded from the rest of the community where he lived. He was basically locked inside the home.

To get a quality education, Amdework had to move 400 kilometres from his birthplace to the town of Debre Berhan where there are well-organised traditional church schools. He joined one called Ansas St. Marry Church School. He was taught bible verses, poetry, hymns and other related issues. However, Amdework had no relatives in the town. Nobody was willing to pay for his basic needs so, for a while, he had to beg to get food, shelter and clothing. Even­tually, he found support from people who worked for the Help of Persons with Disabilities-Organisation (HPD-O), a non-governmental agency which specialises on community-based rehabilitation (CBR). The basic idea is to use local resources to include persons with disabilities in society. CBR is not limited to faith-based vocations, but geared to a more comprehensive sense of inclusion.

The HPD-O took care of Amdework’s educational expenses, including the provision of a school uniform, Braille paper and a guide cane. The organisation also offered tutorial services and counselling. In 2009 Amdework was admitted to a primary school. In the school year of 2012/2013 he was in 5th grade – and ranked first among 250 adult students without impairments. In his free time, the young man sells lottery tickets in Debre Berhan to earn money for his livelihood. Amdework has become a self-confident person. He says: "My eyes are impaired, but HPD-O printed a radiant light in my heart which is a promise for my future life." (ay)