In the Democratic Republic of the Congo, President Joseph Kabila has postponed parliamentary and presidential elections for a third time. They are now scheduled for 23 December 2018, leaving the country in political limbo that is aggravating a situation that is fast deteriorating in social, economic and human-rights terms. 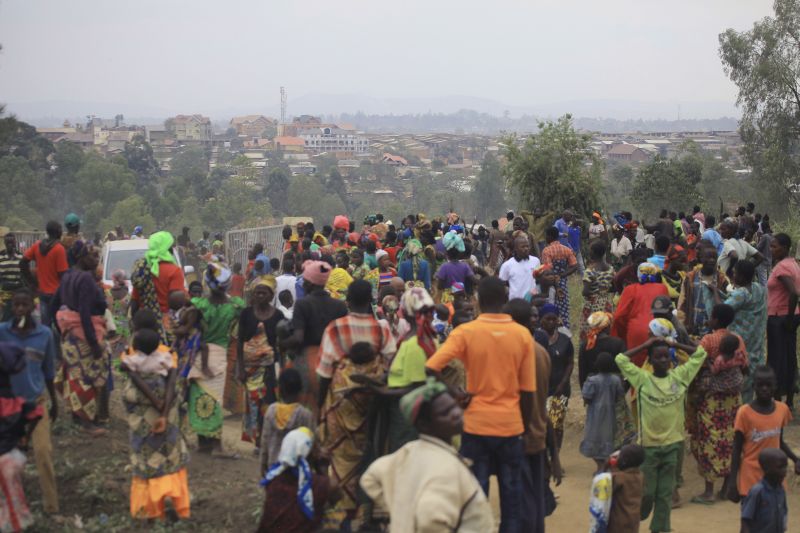 As Kabila’s family continues to expand its burgeoning business empire to line its own pockets, Congo’s president is tightening his grip on office. He has recently hired private presidential guards and, under the guise of reforms, installed loyal supporters in the police and army. Informal networks which are loyal to the president have emerged, bridging chaotic gaps that result from state institutions’ dysfunction. These developments have quashed any hope that Kabila might still willingly renounce an unconstitutional third term in office.

The government expects the elections to cost about $ 1.2 billion and has announced it will take the money from state coffers. It also stated it will resist any attempts to impose conditions from the outside. While it is hard to predict the ramifications accurately, these assertions seem to indicate that the government sees no need for external funding, logistical and technical support or independent elections monitors.

Electronic voting machines have become the topic of hot debate. CENI, the formally independent electoral commission is in favour of their use, while many from the opposition and civil society disagree. Detractors argue that it would be unwise to experiment with an unfamiliar technology that is not only hard to deploy, but impractical in rural areas. Moreover, critics claim voting machines could be used to manipulate the election in the government’s favour.

In the current political vacuum, the security situation is deteriorating seriously. Violent assaults have  become a daily occurrence. In addition to the dozens of active militia groups (see interview with Christoph Vogel in D+C/E+Z e-Paper 2018/02, p. 26), criminal gangs are taking advantage of the absence of law enforcement and an effective judiciary. Ongoing conflicts and crises used to be limited primarily to the resource-rich eastern provinces, but they are now spreading. Militias are re-organising, forming alliances of convenience and touting political slogans to underscore their business ambitions. Civilians frequently become victims of increasing violence. The UN Refugee Agency UNHCR currently estimates that around 4.5 million people are internally displaced while another 622,000 have fled to neighbouring countries.

In January and February, Catholic lay organisations called for peaceful demonstrations against the abuse of power and for a non-violent regime change. Security clamped down with brutal force all over the country. The UN peacekeeping mission MONUSCO has reported at least eight dead, over 150 injured and more than 220 arrested – including many members of the clergy.

Instead of condemning these events, the government has gone on the attack, accusing the Catholic Church of meddling in politics. The Church, it says, should stay out of government affairs and confine itself to addressing social issues. The Kabila administration also emphasises its right to stop “terrorist violence”, a catch-all term applied indiscriminately to anyone who dares to criticise the regime. It is absurd that the DRC was chosen to be a member of the UN Human Rights Council on 16 October.

On 27 March, the UN Security Council agreed to extend the peacekeeping mission and give it a mandate to protect peaceful rallies. The mission thus faces additional challenges. The Seucrity Council is under pressure to act more assertively as the peacekeepers’ operations are unlikely to make much progress in the DRC’s difficult setting.

The opposition is too fragmented to challenge the current government, so people are placing high hopes in the churches. Despite all the reprisals, the Catholic Bishops’ Conference (CNECO) still demands a peaceful transfer of power. It calls for political responsibility, respect for the constitution and transparent and fair elections. Catholics urgently need Protestant support, and all eyes are currently on the new president of the ECC, the Congo’s large union of Protestant churches. The EU should support the churches and civil-society movements in the DRC, putting pressure on the government. Moreover, it must intensify talks with the African Union and neighbouring countries.