For human-rights and environment activists, Brazil is one of the most dangerous countries in the world. Things are getting worse, as the recent murder of Marielle Franco, an elected local council member from Rio de Janeiro, shows. 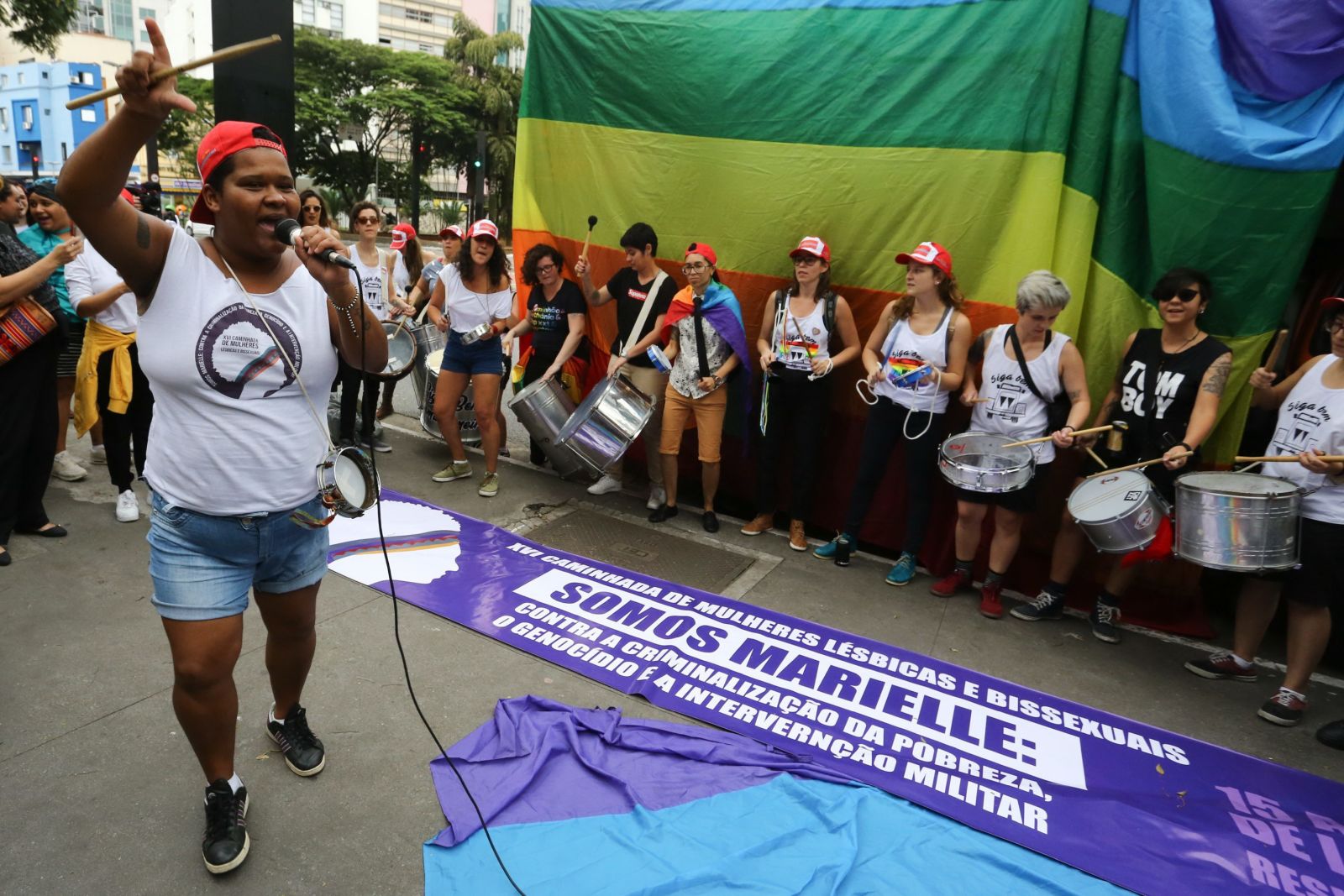 picture-alliance/NurPhoto Remembrance of the murdered Marielle Franco at a march for the rights of homosexuals in São Paulo in March.

According to the February 2018 report by Amnesty International (AI), at least 62 activists in Brazil were murdered in the course of 2017. In the past five years, at least 194 civil-society campaigners were killed. The majority were involved in cases of land disputes or environmental protection. Along with Colombia, the Philippines and Mexico, Brazil is among the countries with the highest numbers of murdered activists, according to human-rights organisations like AI or Global Witness.

Many nations in this ranking suffer chronic violence. Brazil is one of them. In 2017, almost 62,000 homicides were registered. Exact statistics do not exist, but on average less than 10 % of the cases result in a court verdict. Those who kill activists typically enjoy impunity.

Harassment of activists usually takes place in rural areas. The assassination of Marielle Franco indicates there is a new trend of urban violence, however. All over Latin America, there have been murders of activists who tackle issues of exclusion and discrimination. Marielle Franco spoke out in defence of the rights of women, black people and homosexuals. Shortly before her death, she had criticised police violence and extrajudicial killings.

Observers speak of Brazil being “colombianised”. It is well known that Colombia, one of the neighbouring countries, has seen the murder of dozens of political leaders at the hands of corrupt security forces on the one hand and armed militias involved in illegal drugs businesses on the other hand. Considerable evidence suggests that killings in Brazil are carried out by paramilitary forces who, to some extent, rely on police officers and former police officers.

In 2004, Brazil’s government launched a national protection programme (PPDDH) for activists. Among other things, places of activism have since been monitored, and activists have been granted police protection. The current administration of President Michel Temer, however, is showing little interest in this programme. Necessary funding is not available. The State of Rio de Janeiro, where Marielle Franco lived, is one of 22 states that do not have a local version of the protection programme. Brazil has 26 states and one federal district (Brasília).

The assessment of the Brazilian Committee for Human Rights Defenders is harsh: “The political will to implement the PPDDH is lacking, possibly because the programme questions the very structures on which the Brazilian society is based.” After the murder of Marielle Franco, thousands of people in Brazil took to the streets. Her death made people aware of the increase of murders of politicians and social activists. Afro-Brazilian women in particular are now getting involved in politics. It seems that Franco’s death has mobilised progressive and left-wing forces in the country.

The recent strike of lorry drivers, who were upset about high petrol prices, overshadowed the topic, however. Brazilian media paid less attention to Marielle Franco. It seems that her death will stay a scar on the memory of the country, just as the death of other heroes who Brazil likes to remember; especially if they died for goals they did not reach.