According to western conventional wisdom, democracy is good and dictatorship is bad. This simplistic distinction is not helpful for understanding different levels of progress achieved by China and India in regard to poverty alleviation in the past seven decades. 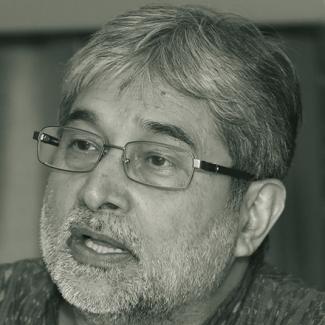 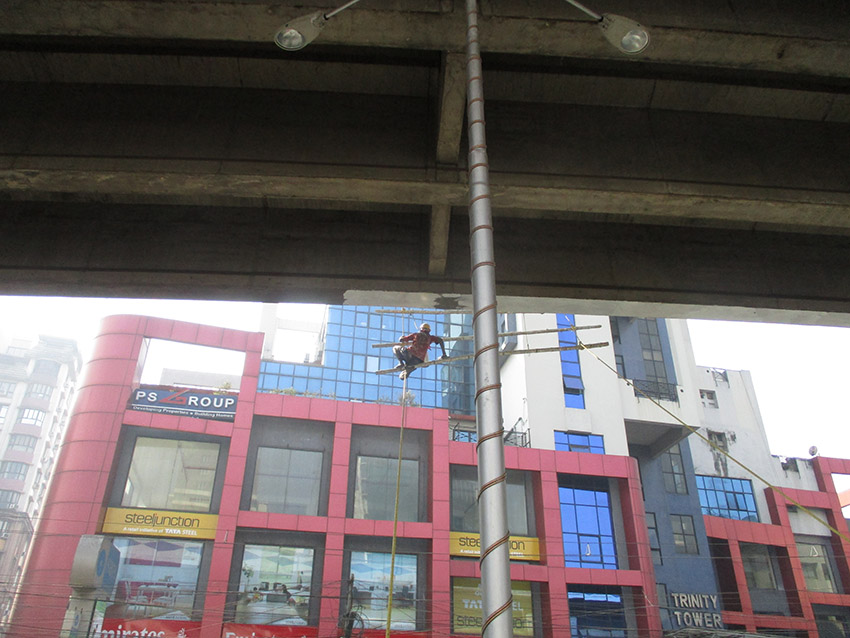 dem India’s workers would benefit from a law like China’s labour code: construction worker in Kolkata.

India is a parliamentary democracy according to its constitution. Nonetheless, our democracy is substantially flawed. Government agencies have a reputation for corruption. To a considerable extent, the poor are politically marginalised. Among others, the reasons include:

In India’s representative democracy, the poor have always been underrepresented. Their human rights, moreover, are hardly protected. That the legal system largely operates in English affects them particularly hard. To a large extent, it is still only the educated and prosperous classes who can make full use of constitutional liberties.

It is true that multi-party elections have provided opportunities for parties that predominantly represent lower castes and marginalised communities. Nonetheless, the political system has an anti-poor bias. The truth is that formally democratic India has a pattern of neglecting the needs of the poor.

China’s track record is mixed. Under Mao Zedong, good progress was made on ensuring mass access to primary education and basic health care. On the other hand, there were policy disasters like the Great Leap Forward or aspects of the Cultural Revolution. Brutal oppression led to millions of deaths that would probably have been avoided, had there been scope for speaking truth to power and challenging the top leader’s decisions.

Under Deng Xiaoping, governance remained “autocratic” but was more accommodating. The regime tested different approaches and then opted for those that showed good results. It did not tolerate explicit opposition, but nonetheless loosened the reins in many areas, and when discontent with environmental problems or labour relations escalated into protests, it strived to find solutions. The labour code it introduced in 2008 was an example. It addressed many concerns workers had. India’s labour force would benefit from such a law. Indians who visit China, moreover, find it striking that air pollution in Beijing today is not as bad as it is in many of our cities (see Aditi Roy Ghatak in D+C/E+Z e-Paper 2020/01, Focus section).

It is noteworthy, more-over, that the systems of governance were decentralised from the 1980s onward. In India, the state governments became even more important than they were already after central planning ended in the early 1990s, and China has developed a complex system of testing different policies in different regions. However, Indian governments must accommodate powerful interest groups, whereas China’s leaders seem to have more scope for focusing on development goals.

A troubling trend in both countries is that the central governments have been becoming more authoritarian as well as more assertive in the past five years or so. India’s current Prime Minister Narendra Modi wants to turn the country into a Hindu nation (see interview with Arfa Khanum Sherwani in Focus section of D+C/E+Z e-Paper 2020/08), and China’s President Xi Jinping is reversing progress made towards rule-bound governance (see Nora Sausmikat in Focus section of D+C/E+Z e-Paper 2017/02). He is adopting ever more refined systems to monitor his people, but apparently showing ever less interest in understanding what they want or need as his predecessors did.

China’s repression of Muslim Uighurs is unacceptable, but India’s treatment of Muslim Kashmiris is awful too. Dozens of people died in protests and anti-Muslim riots in India in recent months, whereas Hong Kong’s pro-democracy movement was largely managed without bloodshed. It is true, of course, that thanks to relatively free press, Indians generally have more opportunities to get information about abusive government action than people in mainland China and probably henceforth in Hong Kong too.