Ethnic divisions not the problem

After last year’s outbreak of violence, an eerie quiet has taken over in the central African country of Burundi. Exiled politicians and journalists as well as international experts fear the country could slide into civil war. Ethnic tensions are fuelled to cover up the political crisis, they warn. 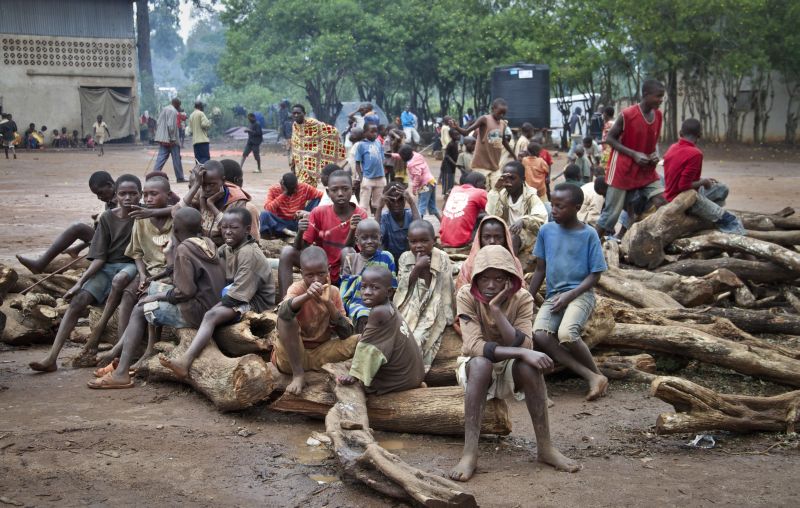 Edmund Kagire/AP Photo/picture-alliance Burundian refugee children sitting on a pile of wood at the Gashora refugee camp in Rwanda.

When Burundi’s president Pierre Nkurunziza announced a year ago in April that he would run for a third term, it unleashed a wave of protests, particularly among young people. A coup attempt in May was brutally put down by government forces.

The country’s constitution, established in 2005 after decades of civil war, banned a third presidential term. But Nkurunziza was nevertheless re-elected in July 2015, in a vote deemed invalid by international observers. A constitutional court vote changed the term limit, but only after a number of its members had fled the country.

Since then, an eerie quiet has taken over, which many observers say is just the calm before the storm. “A deceptive quiet,” Kassimi Bamba, African Union special envoy for Burundi and the Great Lakes region, calls it. Exiled politicians from the opposition and ruling party alike and refugees in neighbouring countries say Burundi is sliding into a violent conflict, supported by the government’s spread of ethnic propaganda that serves only to perpetuate its own power.

“This third term is illegal, and this is the position of the African Union,” Bamba says. Many citizens have been arrested, imprisoned and tortured. Hundreds have died, and around 250,000 people have sought refuge in neighbouring Tanzania, Rwanda, Uganda and the Democratic Republic of the Congo, according to the UN.

“This is not an ethnic crisis as many people believe – it is entirely a political crisis,” stresses Bob Rugurika, journalist and director of the private radio station RPA (Radio Publique Africaine). The government “plans an ethnic crisis to distract from the political crisis,” he said at an event in April at the Heinrich Böll Foundation in Berlin. Rugurika is one of the many who have fled from the conflict.

Rugurika and others warn the government’s propaganda could unleash an explosive conflict between the country’s two major ethnic groups, Hutu and Tutsi. After decades of warring, a peace treaty had brought a fragile peace to the country in 2005, when Nkurunziza (leader of the Hutu CNDD-FDD party) was elected. Quotas systems for the groups were meant to keep a certain balance in the system, but instead have created structural discrimination along ethnic lines, says Claudia Simons, Africa expert at the think tank Stiftung Wissenschaft und Politik (SWP) in Berlin. But, she adds: “The majority of people do not want to be mobilised according to ethnic criteria.”

Without international intervention, this conflict could spread to other regions, especially as rebel militias are said to be training across the borders. “The international community has not done enough to prevent the worsening of this situation,” says the AU’s Bamba. The African Union shelved plans to send around 5,000 peacekeeping troops to Burundi, which many people had hoped would restore order. Instead, the UN Security Council voted at the beginning of April to send a small police force. This will amount to only around 20 to 30 policemen, according to Bamba. “This will not help much,” he says, adding that he hoped the resolution would be revised.

The only way forward, all agreed, was to start up peace negotiations. But with widespread fear and many dissenters abroad, the Burundi government’s recent commitment to a “peace dialogue” with the opposition will be very one-sided, says Rugurika. “Who will participate in a dialogue when most of the opposition is in exile?” he asks. The government has issued arrest warrants for many of those who would need to participate, he says. In the view of Schulz-Asche, peace talks would have to take place outside of Burundi.

“People are underestimating the potential for catastrophe,” says Rugurika. “Does the crisis have to get to the point of a genocide like in Rwanda first?”

In urgent need of development