In today’s digital world, Kenyan farmers order seeds via smartphone, and Indian village children learn maths with the help of laptops. Intelligent machines do some of our work. Homes, offices, cars and cities are becoming ever smarter, but the new digital world further marginalises the most disadvantaged people. Having no access to information and communication technologies leads to economic, social and cultural disadvantages – within and between countries. This is the digital divide. 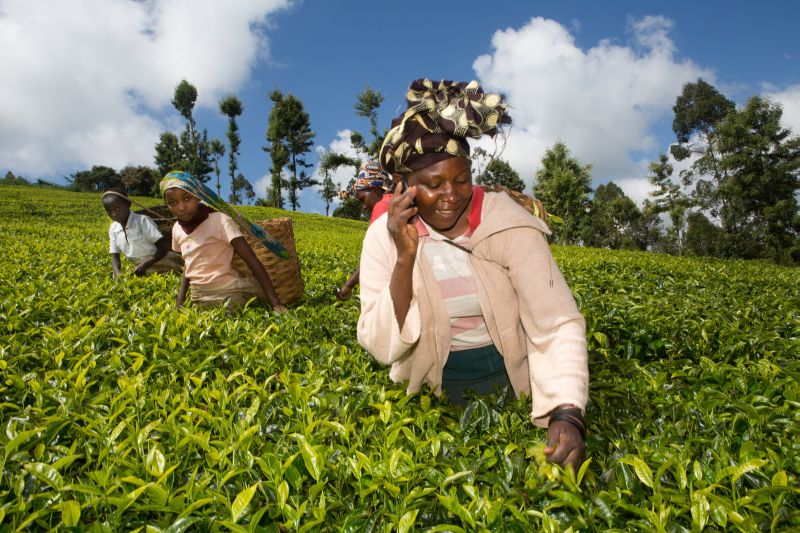 In a handful of developed countries, the fourth industrial revolution, also known as “industry 4.0”, is underway. It is characterised by the internet of things of objects and systems that communicate with each other and manu­facturing processes and supply chains that are managed by software. At the same time, many countries are still struggling to grant masses of people access to up-to-date technology and computerised public services.

Digitalisation affects all areas of life, from manufacturing to energy management, from transport to infrastructure and from health care to education. Typically, technologies and applications are developed in industrialised countries, but these leaders must not be the only ones to profit. Making information and technology available worldwide must be part of economic cooperation, trade relations and official development assistance. Sustainable and inclusive use must be the goal. Education in the sense of computer literacy and technical competence is important too.

Typically, the underdeveloped lag behind, and that cements worldwide differences. There are exceptions however. Innovation hubs have emerged in countries such as Kenya and the Philippines – not to mention pioneers like India and China. Business incubators create great opportunities for entrepreneurs, researchers and programmers and boost the economy.

Furthermore, innovation enables developing economies to leapfrog technologies. Some former digital deserts have catapulted themselves into the information age. Landline telephony never reached the world’s poorer corners – even in the capital cities of developing countries. Mobile networks, however, span remote rural areas, providing access to the internet. Building that kind of infrastructure is easy, fast and cheap. Even in a home without electricity, moreover, one  can use a smartphone. The device can be recharched elsewhere.

Laos, a comparatively poor country, introduced 4G, the fourth generation of mobile telecommunications technology, in 2012. Thailand, the rich and better developed neighbour, only did so in 2015.  Today, South Korea is the world leader in e-governance, ahead of the EU and the USA.

None of this means that all people in all countries have equal opportunities. But it shows that in this new age, development is less linear than it used to be, and the most advanced approaches are not necessarily taken where one would expect that to happen.

World-spanning digitalisation provides more options and makes life more complex. Cultures are changing, human interaction is changing, there are security issues and moral concerns. Those who are left behind, however, become more vulnerable and more excluded. Digitalisation cannot  be halted, so it is essential to take along everyone.

Sacrifice instead of careerism: How Gen Z wants to work in the future
Marian Burchardt Florian Stoll