Development policy is meant to improve the lives of people in developing countries. If citizens are harmed instead, they have few rights vis-à-vis donor institutions. All actors should be required to uphold the rule of law. 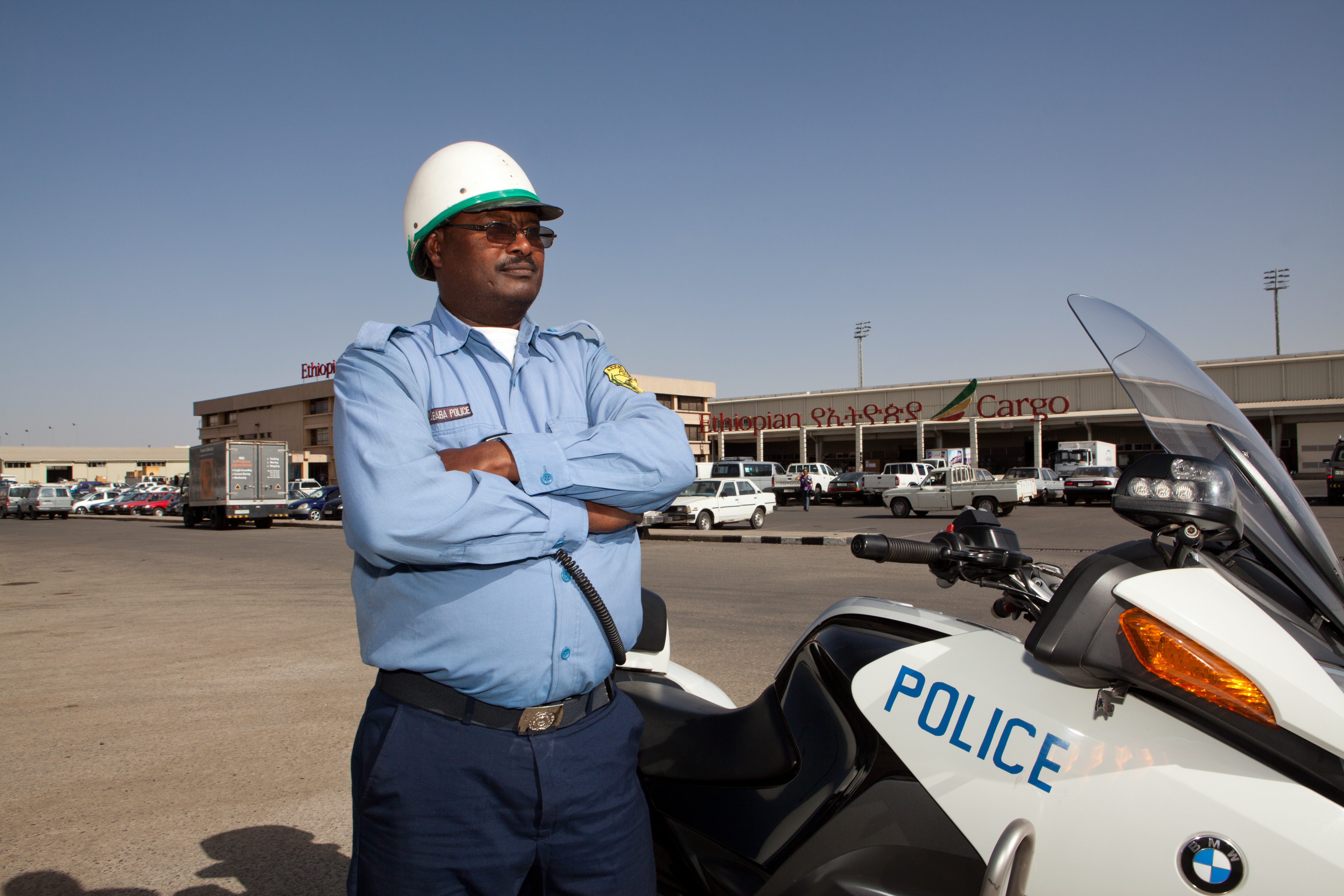 The rule of law (see box on the right) is an important issue in development policy. Germany and the other member countries of the Development Assistance Committee (DAC) of the Organisation for Economic Co-operation and Development (OECD) have significantly increased funding for legal and judicial matters in recent years. The World Bank has done so too.

However, the rule of law is not a one-way street. Donors cannot simply impose it on recipients. Because it is considered a constitutional principle under international law, the rule of law applies to donor institutions themselves. That, at least, is the view currently held by researchers in the "Normative Orders" Cluster of Excellence at Frankfurt University. "Normative Orders" is an interdisciplinary research group of scholars from the humanities and social sciences. Their goal is to determine how new normative orders emerge.

At the multilateral High-Level Forums on Aid Effectiveness in Rome (2003), Paris (2005), Accra (2008) and Busan (2011), Germany and other international actors pledged to uphold the rule of law. They also acknowledged that partner countries should take ownership of their own development. The OECD stresses that all development efforts should be organised around this principle (see Vera Dicke in E+Z/D+C 2012/02, p. 60 f.).

Nevertheless, the High-Level Forums did not clearly define the rule of law in terms of existing international law. Donor countries were not given detailed guidelines on how to draft laws to regulate development cooperation (DC). This is outrageous given that there are definitions of the rule of law that all parties involved agree on and that have been reiterated in thousands of agreements, treaties and negotiation minutes. The terms are clearly defined in international law. They apply to donor institutions and should serve as guidelines for national legislation.

Research has shown that influential donor institutions do not adequately comply with the legal requirements for planning, implementing and evaluating development programmes. This truth results from assessments of national, supranational and international regulations of donors. It is not enough for donors to champion the rule of law, however, they must hold themselves accountable to it.

In the case of Germany, official development projects are currently directed and monitored exclusively by the Federal Ministry for Economic Cooperation and Development (BMZ) and other Federal Ministries. They obviously belong to the executive branch of government. The Bundestag, the federal legislative body, hardly has exerted any institutional competences in development cooperation. Its Committee on Economic Cooperation and Development (AwZ) discusses issues of bilateral and multilateral cooperation, but its involvement in policymaking and compliance is not mandatory. Germany's judiciary, on the other hand, is virtually non-accessible as far as development cooperation is concerned. There plainly is no separation of powers that would suit rule-of-law principles, and there is no direct accountability towards the citizens of developing countries at all.

The central question is: what rights do the residents of developing countries have vis-à-vis rich nations if an agency makes mistakes? What happens if development programmes violate people's rights? For instance, major infrastructure projects could violate citizens' land and property rights.

The civil-society organisation Human Rights Watch put out a call for action in its 2013 report "Abuse-free development: how the World Bank should safeguard against human-rights violations". In Ethiopia, for instance, the government intimidated and politically persecuted activists and journalists who were critical of its actions. The government claimed to be fighting terrorism. A law restricting civil society initiatives provided the legal basis for the crackdown. Since 2010, moreover, the Ethiopian government's "villagisation" programme has forcibly resettled approximately 1.5 million people, leading to a wide range of human-rights abuses.

Donor institutions share responsibility for these policies because they financially support Ethiopian institutions and officials. According to international law, they must do more than simply admonish the Ethiopian government to observe human rights.

Bilateral and multilateral donor institutions should adhere more closely to the international definition of rule of law. In order to do so, they must systematically and empirically analyse every intervention in developing countries – at every stage of the project and the partnership. That applies to all types of cooperation, from small projects to multi-donor trust funds. Donor governments must also scrutinise publicly-funded activities of non-state actors like faith-based organisations and charitable foundations. Projects that are carried out in countries that are generally considered autocratic and unfree need special attention.

Since 2011, Germany's Federal Ministry for Economic Cooperation and Development (BMZ) has relied on an internal assessment system to review the possible risks and human-rights impacts of all of its bilateral development efforts ("Menschenrechts TÜV" – human-rights check up).  However, this internal control mechanism is not open to public scrutiny.

According to the BMZ's internal guidelines, partner countries and target groups are supposed to be involved in project planning. But the BMZ has not established an equitable, structured or binding procedure to guarantee their participation. So far, German development law has not created an independent authority to ensure that the national government upholds the rule of law in all of its interactions with partner countries.

Improving internal monitoring with the help of the "human-rights check up" is a step in the right direction. But that does not guarantee that citizens of partner countries can take legal action if their rights are violated. Things are similar for other international donor institutions. Though they have reformed internal procedure in recent years, they have not given individuals or groups in partner countries the opportunity to defend themselves legally.

In many ways, development law is a throwback to a time when the authorities administered people's rights and the people themselves could not hold the state accountable for its actions. Even today, affected parties cannot make legal claims against donors. That is even the case when the donor project is geared to improving access to justice.

Developed countries see human rights as the key to ¬sustainable poverty¬ reduction and inclusive ¬development.¬ If they take that position seriously, both donor and recipient countries must comply with the international rule of law and human rights.

It is not up to donors to decide whether their operations are legal or not. Affected parties must be able to take legal action against the government and its agencies if necessary. The World Bank is on its way to recognising this right. Germany similarly should eliminate legal grey areas with regard to development cooperation. Up to now, legal questions stemming from government and administrative development activities have either been swept under the rug or delegated to the development partner.

In international-development affairs, the executive branch of government and its agencies have been in control so far. International development as a field of policy remains non-transparent and inaccessible to the citizens concerned. In other areas of politics and government, citizens have defensive rights against the state: they can file an objection and take legal action. Judicial control is particularly important. A system of legal protection that is accessible to all citizens is the most essential principle of the rule of law.

In regard to international-development efforts, this means that donors must provide institutions or procedures that would allow individuals or groups in developing countries to file suit if their rights are violated as a result of ODA (official development assistance). That is their obligation under international law.

The Guiding Principles on Business and Human Rights endorsed by the United Nations Human Rights Council affirmed that claims for damages can be brought against businesses in their home countries as well. Therefore private enterprise can be held responsible at home for its activities abroad. Parent companies are also expected to answer for the activities of the entire group. Governmental development agencies must hold themselves to the same standards.

Germany and other donors need clear regulations for international development efforts. At the moment, it is almost impossible for affected people to file claims, both from a legal and a practical standpoint. In order for them to be able to do so, the legal situation has to be clarified and brought into line with twenty-first century international law. Members of donor governments, administrators and legislators must take action.

Jacqueline Neumann works for a law firm in Cologne and earned a doctorate from the DFG "Normative Orders" Cluster of Excellence at Frankfurt University. jacqueline.neumann@normativeorders.net

Position of the WHO at the beginning of the pandemic