Urbanisation is progressing fast and shaping the lives of ever more people all over the world. Dirk Messner of the WBGU (Wissenschaftlicher Beirat der Bundes­regierung Globale Umweltveränderung), the German Federal Government’s advisory council on global change, warns that the impacts are being underestimated and points out issues that matter in particular.

last contributed to D+C/E+Z in winter of 2019/2020. He directs the Institute for Environment and Human Security of the United Nations University (UN-EHS) in Bonn and co-chairs the German Advisory Council on Global Change (WBGU). 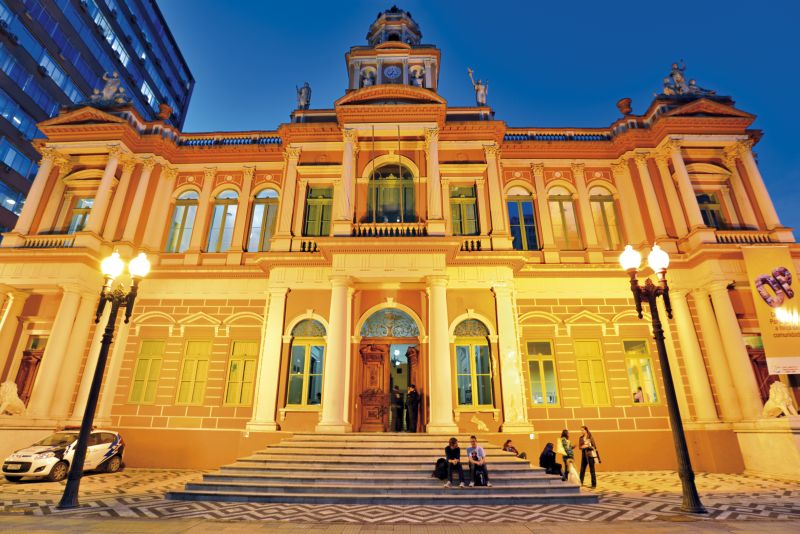 Why do you say that the relevance of urbanisation is not understood well?
The impacts of urbanisation are huge and affect the entire world. The trend will prove decisive for very many people’s wellbeing, for sustainability and for societal stability in general. About half of the world’s over 7 billion people are currently living in cities. Their number will double in the next 35 years, and about 7 billion of 10 billion people will be urban people. The implication is that cities must grow very fast in very short time. To make it very clear: within the next 35 years, humankind must double the urban infrastructure that has been created since the industrial revolution set in some 200 years ago. How agglomerations grow will have a bearing on the global system and not only on an agglomeration’s immediate location and surroundings.

Can things be managed in an environmentally sustainable way?
Yes, in principle it can be done, but the urban structures will have to be built differently from what we are used to. If we keep using concrete, steel and aluminium as we have done so far, the construction of cities will use up almost the entire carbon budget that is compatible with ensuring that global temperatures do not rise by more than 1.5 degrees. It would thus become impossible to achieve the goal defined in the Paris Agreement and limit global warming to 1.5 to two degrees. Bear in mind: urbanisation as we know it would use the entire carbon budget without a single car driving even one meter, any goods being manufactured or human being consuming anything. The issue of climate-friendly building materials may look boring and technical, but is essential for climate protection. Wood, mud and innovative materials such as carbon fibers really matter.

What are the implications?
We must understand that urbanisation follows certain paths and is irreversible. Once urban structures and infrastructures are built, you cannot correct mistakes anymore. The future is literally being cast in concrete. Mistakes made in the next two or three decades will haunt many future generations. On the other hand, good decisions will prevent massive failure and, at the same time, drive social progress, boosting people’s quality of life. However, global awareness of these matters does not match their urgency.

Why is that so?
Well, there are several reasons. It matters, for instance, that urban scholars typically have studied one particular agglomeration. They tend to know everything about Mumbai, or Bogotá, or the Ruhr Area. This division of labour makes it difficult to see the global dimensions. Urban agglomerations are very complex systems, and every single one is special in its own way. If you study energy supply, things are much easier to grasp. There is only a limited range of ways to generate electric power, so the variety of supply systems is not great. Every city, however, combines many kinds of infrastructure: power supply, water supply, sewerage, garbage management, transport, telecommunication. And we must consider social infrastructures too: hospitals, schools, insurance systems. The local economy matters – from small-scale industries to huge manufacturing sites and hubs of trade and services. Geography makes a difference, and so does the climate. It is much easier to agree on efficiency criteria and define emission limits for the energy sector than to spell out similarly clear guidelines for urban development.

And that is why global policymaking is not making much progress?
Well, it is telling to compare the kind of mobilisation we saw ahead of the Climate Summit in Paris last year with the slow dynamics in the run-up to this year’s Habitat III conference in Quito. Climate protection depends on urbanisation following the right development path. Climate issues get a lot of international attention, but the public at large has pretty much neglected Habitat, considering it a mere meeting of experts. This attitude is not commensurate with the urgency of sound urbanisation.

Do you have any messages that apply globally to every city?
Yes, the WBGU has drafted a kind of normative compass. It can help all people in positions of responsibility to act prudently. Three things are essential in particular:

You sound plausible, but are your three essentials really achievable?
Well, they certainly are not totally unrealistic since some cities meet the requirements. Copenhagen and Stockholm are examples, but some cities in developing countries offer interesting perspectives too. Porto Alegre has taken interesting approaches to involving citizens in public decision making; in Mumbai, slum dwellers have organised to improve their situation; public spaces have emerged in Kigali, so urban communication is facilitated. I’ll admit, however, that a metropolis is only rarely built within five to ten years without major mistakes happening. On the other hand, cases of success show what can be done – consider Brasilia, for example. One must take into account that healthy urban settings serve to facilitate vibrant neighbourhoods and strong social networks. The point is not to house and govern as many people some way or another. People must live good lives, in an as self-determined way as possible, and to what extent that is possible, depends on cities.

What implications are there for policymakers?
One implication is that local bodies should take decisions concerning public investments. We studied this matter. In Denmark, municipal bodies are in charge of about 60 % of relevant spending. In Kenya, the share is a mere 1.2 %. It is no coincidence that daily life is more comfortable in Copenhagen than in Nairobi, and the cause is not simply higher incomes. Generally speaking, many small and mid-sized towns are preferable to hard-to-manage megacities. Social inclusion and citizens’ involvement are easier to achieve in cities with 500,000 to 1 million people than in agglomerations of 5 million or even 15 million people. Polycentric patterns of settlements with many inter-linked cities, serve people’s needs better than megacities. New technologies can prove helpful.

What technologies are you thinking of?
Renewable energies and digitalisation for example, they can support decentralisation. Combined with social innovations, their smart application will open up opportunities for making humankind’s urban future liveable. The alternative is irreversible failure, environmental disaster and social disintegration.

Link
WGBU, 2016: Humanity on the move: Unlocking the transformative power of cities
http://www.wbgu.de/en/flagship-reports/fr-2016-urbanization/