“Drugs are in our country’s DNA”

The war on drugs appears to have failed in Colombia. Despite billions being spent on it, the drug trade is flourishing. Both domestic consumption and the amount of land used for coca cultivation are increasing. Julian Quintero and his civil-society organisation Acción Técnica Social (ATS) are in favour of an alternative drugs policy – one that educates users rather than criminalising them.

contributed to D+C/E+Z in winter 2018/2019 as executive director of Acción Técnica Social (ATS), a civil-society organisation that promotes an alternative drugs policy in Colombia.

last contributed to D+C/E+Z in winter 2018/2019 as a freelance journalist from Latin America. 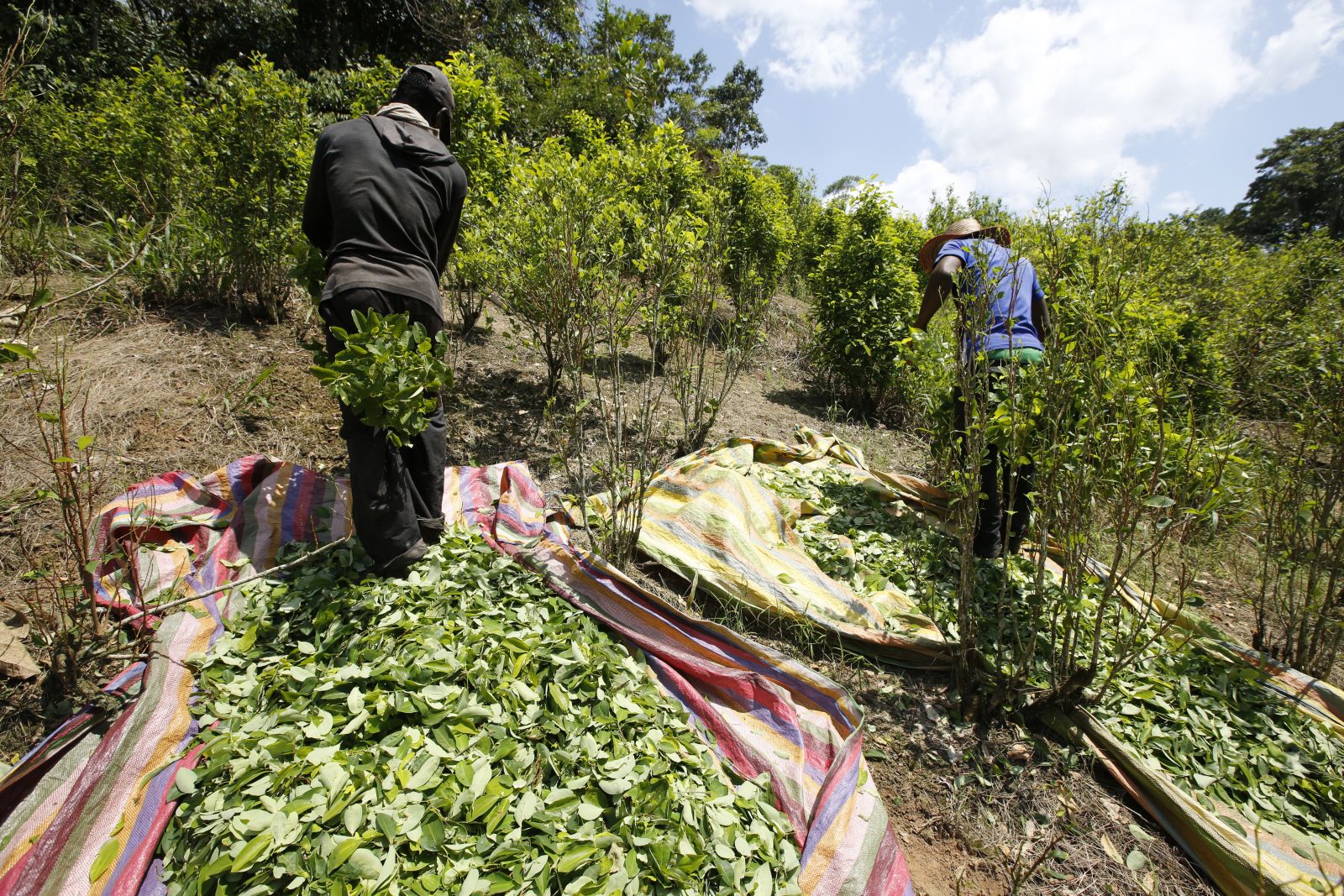 What impact do drugs have on Colombia?
Drugs have been an everyday topic here for more than 40 years. The marihuana market emerged in the 1960s, the cocaine market took off in the ’70s and ’80s, and heroin came along later. Colombia is the world’s biggest producer of psychoactive drugs. Drugs are in our country’s DNA.

That sounds extreme.
The truth is that drugs and the drug trade permeate all levels of our society – from the poorest rural farmers through the middle class to the highest ranks of the political and military establishment. More than 900 police officers were arrested last year because of links to the drug trade. That is nearly three arrests a day. Colombia produces two of the world’s major stimulants: coffee and cocaine. Coffee is legal and internationally appreciated, but cocaine is illegal and a major source of conflict.

Why has the war on drugs not been successful – despite the billions spent on it and the military aid and support provided by the USA?
Because it was based on a fantasy. For two decades, our governments have acted as if the drug trade could be eradicated. No one would admit that this was an unachievable goal. That would have meant they’d spent all that time peddling pie in the sky.

What impact have the peace negotiations with the FARC militia had on the drug trade?
Coca is still being grown. Attempts have been made to paint rosy pictures. President Juan Manuel Santos was awarded the Nobel Peace Prize for ending the civil war with the FARC. But in June 2018 he was replaced by Iván Duque, a conservative leader who is opposed to the peace deal. Whether EU or US financial support continues to flow has now become his problem. Much was invested in recent times to solve the coca-growing issue. Farmers were given incentives to switch from coca to coffee or other crops. But the budget was too tight, and there is no other product in such lucrative demand as the raw material for cocaine production.

So drug cultivation remains farmers’ first choice?
The climate of our country is ideal for growing coca. What is more, many people are driven into the drug business by poverty and hopelessness. Rural infrastructure is bad, and educational opportunities are few and far between. Drug gangs exploit the situation. Sadly, the government relies on force rather than social inclusion. Corruption is widespread; the cartels have a lot of money. Colombian cocaine is consumed by an estimated 20 million people worldwide, and demand is still strong in consumer countries like the US. Therefore, coca cultivation is economically rewarding.

What is the answer?
The policy pursued so far has not been successful, so new approaches are required. Our projects at Acción Técnica Social (ATS) emphasise education and harm reduction. We are actually working on a study looking at ways of regulating the cocaine market by 2034. That would give the state control over production, transport, distribution and consumption – which it currently leaves to the gangs and cartels. In a regulated market, coca farmers could operate legally, intermediaries could be eliminated and coca cultivation and the quality of cocaine could be better controlled. The conditions for the legal purchase of cocaine – who can buy how much – would have to be politically negotiated.

Drugs are dangerous – why would regulation be better than prohibition?
It is interesting to see that various countries around the world are moving towards regulating drug markets in order to reduce harm. There are two dimensions to this. The first is protecting users’ health, and the second is depriving organised crime of a part of its highly profitable business. Both are being achieved. In the 1930s, we saw the legalisation of alcohol, and in recent years it is happening with cannabis. Since cannabis was legalised in the US State of Colorado, all problem indicators there have gone down, while state revenues have gone up. Various European countries and Canada are trialling schemes for dispensing heroin to addicts under state control – by prescription for example. Sterile syringes are provided, and rooms are made available so that the drug is used in a safe environment. The schemes are delivering good results, and ATS is copying them in Colombia. The black market cannot be eradicated completely, but can be radically restricted.

Is there any short-term measure that can reduce the harm done by drugs?
We were the first in Latin America to offer on-site drug-testing at rock festivals. We tell people what effect drugs have, and we analyse the substances they give us. They can then decide for themselves whether they want to take them or not. Festival organisers hire us because they want to reduce the health risks. The services we provide are cheaper than keeping four ambulances and five doctors on standby and still anticipating fatalities.

Quality-testing of illegal drugs – why do the authorities permit you to do that?
We have actually had government support since we started. This project was part of the 2007 national drug strategy. Our model is based on users’ faith in us. They tell us what they have bought, and we give them information what impact it may have on their health. We have analysed more than 4,200 samples – mostly ecstasy, LSD and cocaine – and we are able to identify trends in the illegal market. Our relationship with the police is good. Thanks to the information we provide, they warn people when dangerous substances are in circulation.

Is the quality of Colombian cocaine as high as is often claimed?
There is luxury cocaine, and there is regular cocaine, which can be bought on the streets. A gramme of street cocaine may cost the equivalent of around two dollars. Luxury cocaine is five to six times more expensive. Cocaine prices in Colombia are lower than anywhere else in the world. Cocaine from a street dealer is often of poor quality. It is generally cut with at least four other substances. Caffeine is almost always added. Lidocaine, xylocaine, levamisole and paracetamol as well as simple glucose powder are also common. The actual cocaine content of a street deal may be 50 %, but it is sometimes even less than 15 %. The highest-quality cocaine we have found was 98 % pure.

Iván Duque, the new president, is a conservative hardliner. What will that mean for drug policy?
Iván Duque fought an election campaign that rejected a progressive approach to drugs. He is against state regulation of cannabis, whether for medicinal or recreational purposes. He also opposes the harm-reduction approach. He wants to go back to using glyphosate to destroy coca crops. However, it is not obvious yet what promises he will keep and what he will actually do. To win the election, he had to forge lots of alliances, make complex commitments and conclude opaque agreements. The global trend in drug policy points in the other direction. I hope that formal channels for dialogue will be created and that discussion will be based on evidence.

Julian Quintero is the executive director of Acción Técnica Social (ATS), a civil-society organisation that promotes an alternative drugs policy in Colombia.
info@corporacion-ats.com

Julia Jaroschewski’s and Sonja Peteranderl’s research in Colombia was supported by the European Journalism Centre (EJC).