Why the nexus is dangerous

Humanitarian discourse is moving further and further away from reality. Integrating humanitarian aid, development and peace does not work. Humanitarian aid must focus on the principle mission of saving lives.

contributed in spring 2018 to D+C/E+Z as vice secretary-general and programme director of Malteser International. 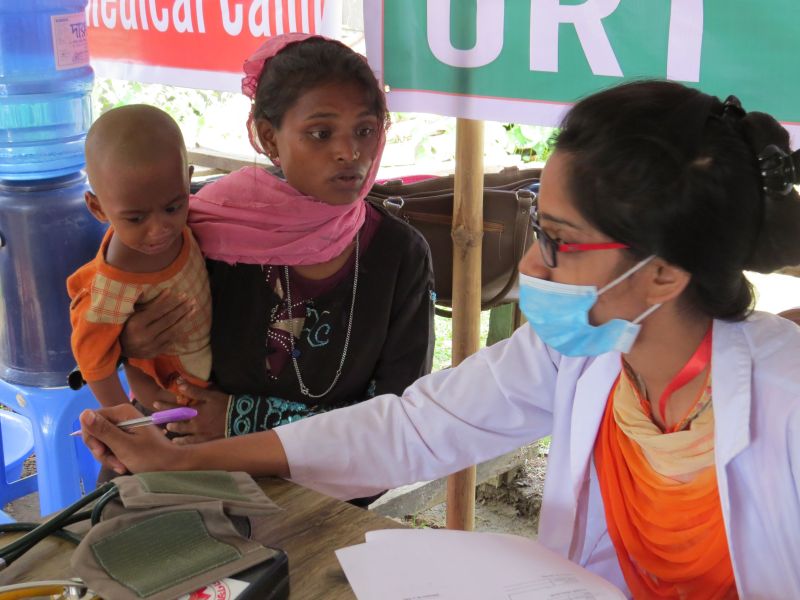 Over 80 % of humanitarian aid is delivered during wars and conflicts. These situations are politically complex. There tends to be too much of almost everything: too many parties involved, too many conflict dynamics and too much external interference. Syria is an example. Thanks to Russian and Iranian support, the Assad regime has basically won the war militarily after more than seven years. Nonetheless, the conflict has not been politically resolved, and deathly silence goes along with a lasting humanitarian crisis. Similarly complex situations mark a number of other countries, including Yemen, South Sudan or the Democratic Republic of the Congo.

From a humanitarian perspective, the situation is easier to assess: too many people are dying and too many are underserved. It is part of the humanitarian routine to ponder how aid can be improved.

The World Humanitarian Summit of 2016 provided several answers. One was improved cooperation between the actors involved in matters of humanitarian aid, development and peace. In one word, this approach is called the “nexus”. It sounds good, but humanitarian agencies should be on guard.

What does humanitarian aid mean today?

Up to the end of the 20th century, humanitarian aid was shaped by the logic of charitableness and giving. Interfaith charity was a guiding theme. Aid programmes addressed symptoms, not causes. They saved lives. No more, no less.

However, the logic of compassion changed at the beginning of the 21st century. The shift was prompted not only by frustration with the recurring need for aid and with the same one-year programmes carried out twenty times in a row in the same countries. A new way of thinking emerged. In the future, humanitarian aid would be more rights-based. “Victims” would be considered “rights holders”. Humanitarian aid would take on additional issues like strengthening local groups, enforcing rights and pursuing a general agenda of solidarity.

The effectiveness requirements have become so demanding that they can no longer be met solely by fulfilling the principle mandate of humanitarian aid. Since the late 1980s, an approach of linking rehabilitation and development (LRRD) has been discussed, and interest in it has grown again. As is true of the “nexus”, the idea is to link short-term emergency relief to long-term development efforts.

The LRRD approach, however, has caused collateral damage in the gradual erosion of humanitarian principles like impartiality, independence and neutrality. In parts, the LRRD approach strives to achieve systematic change, and this does not fit to the basic humanitarian approach which for good reasons was free from long-term thinking. Over time, long-term considerations have won the upper hand over the real priority, which is to save lives fast.

Humanitarian agencies, moreover, have come under increasing pressure to justify themselves. A culture of trust has been replaced by one of control. The results are greater complexity and a tendency to help only where it is “easy”.

The World Humanitarian Summit took place in 2016. It was overshadowed by a number of disasters for which a political solution is still not in sight. The Summit reinforced the debate on linking humanitarian aid and development efforts, and even expanded the notion to include “peace”. Instead of a double nexus, we are now considering a triple nexus. The idea is to fight the silo mentality and corresponding behaviour of various agencies by taking an approach geared to ending crises rather than staying stuck in recurrent cycles of humanitarian aid. Fragile states and conflict countries are emphasised in particular.

The logic is as follows: development promotes peace, and humanitarian aid can promote development. Therefore, development cooperation, humanitarian aid and peace efforts should be closely linked in order to maximise synergies. Donors and multilateral organisations are expected to commit to effective coordination mechanisms and establish new methods for various actors to cooperate.

At first glance, this theory of salvaging humanitarian aid looks good. For practical reasons, however, there are three fundamental reasons to be sceptical:

So what is to be done? There is certainly nothing wrong with the idea of ending crises or better yet preventing them in the first place. That would be indeed preferable to launching ever-new aid cycles. It is also true that humanitarian aid does not occur in a vacuum and cannot be blind to either its positive and negative impacts. Ethics and morality certainly require us to consider people’s overall long-term wellbeing.

Unfortunately, the nexus debate is moving further and further away from humanitarian realities. The above mentioned crises provide evidence. Particularly in that kind of scenario, aid must be delivered fast and not be encumbered by overarching, conceptual aspirations. All too often, however, aid stalls. In challenging settings, we must reduce complexity, not add more complexity.

In its original form, humanitarian aid makes a powerful offer by not focusing on anything beyond saving human lives and reducing suffering. Political abstinence during the planning, organisation and provision of aid prevents it from becoming part of the political agenda of warring parties and from being guided by special interests rather than by the suffering of people on both sides of a conflict.

To help many people in desperate need, a return to the original mind-set of humanitarian aid would do more than nexus debates at conference tables in New York, Geneva and Brussels. Where and when that is feasible, humanitarian aid, development cooperation and peace work should of course be coordinated sensibly and systematically, and it makes sense to endorse such efforts. But the priority is something else. Humanitarian aid is supposed to save lives, even in simple acts of charity.