Talal Derki’s Oscar-nominated documentary film trains a camera on a radical Islamist family raising its sons to become jihadists in war-torn Syria. It tells a shocking story of a loving father who teaches his children hatred and cruelty. This item is the second in this year's summer special with reviews of artists' works with developmental relevance. 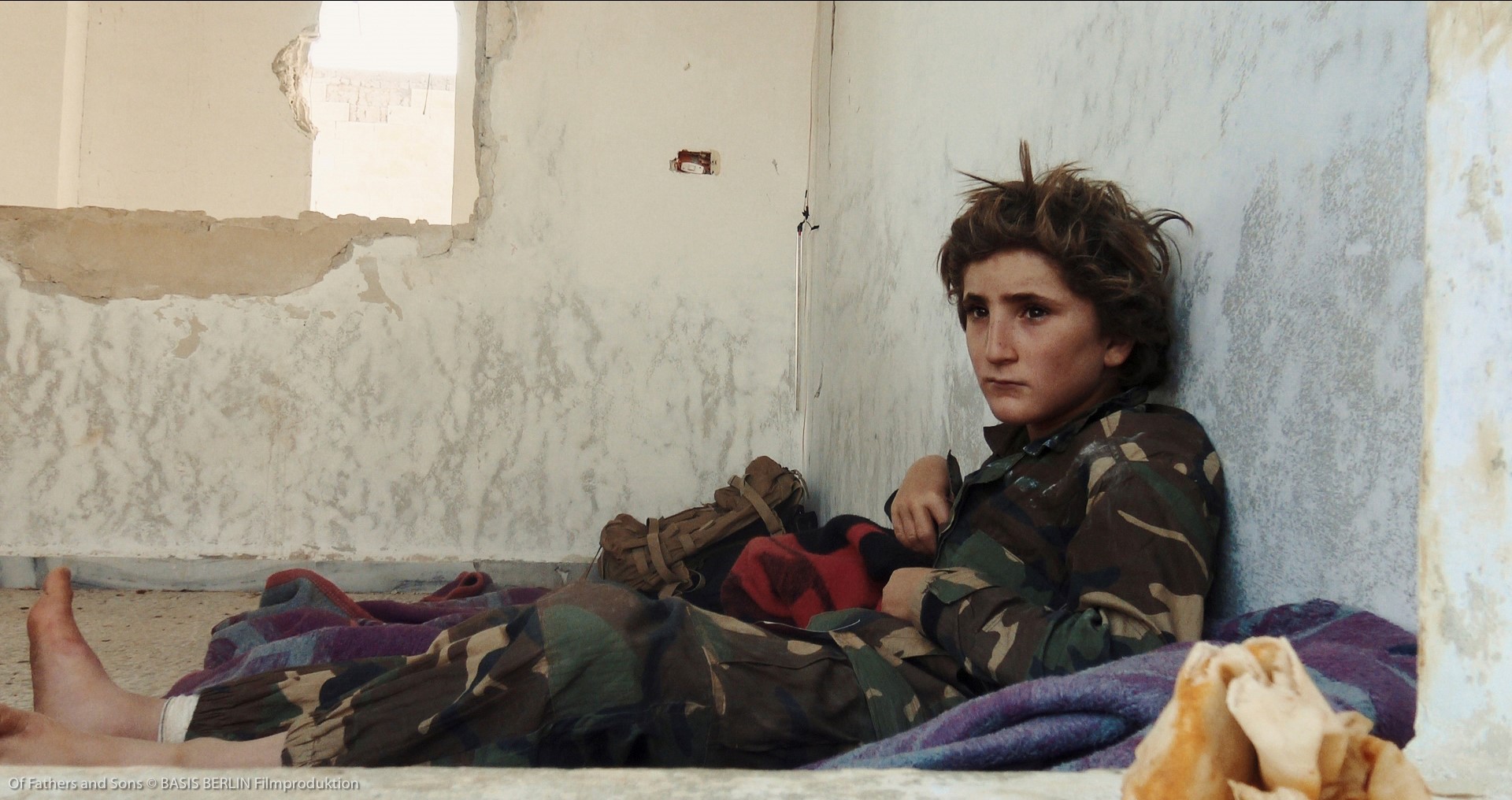 OFAS/ Port Au Prince Pictures Twelve-year-old Osama in a military camp. He is one of many recruits trained for the “holy war”.

“I killed a bird,” young Osama tells his father. “We cut off its head, like you did with that man, papa.” Osama lives with his father Abu Osama, two mothers and three brothers in a ravaged village in the northwest of Syria. It is not known whether he has any sisters, the women are never seen. The film is all about Abu Osama, one of the founders of al-Nusra – a Syrian branch of al-Qaeda –, and his sons. The youngest is around two years old and already expected to recite verses from the Quran. The two middle sons imitate their big brother Osama. He is 12 years old and will soon be ready for jihad.

Director Talal Derki returned home to Syria to make the documentary. Posing as a war photographer with Islamist sympathies, he gained the trust of the Osama family. Together with his cameraman, he spent more than 300 days with them. Abu Osama firmly believes in a caliphate, an Islamic society under Sharia law. And he brings up his sons accordingly. The film shows with documentary patience both the gentle and the harsh side of the father.

While Abu Osama digs up mines, the children are left alone, with no toys, no TV, isolated from all external influence. Wrecked tanks and ruined buildings are their playground. They make bombs from harmless chemicals. Their games are inspired by the theatre of war. On one hot day, they splash around in a concrete pit full of water. Osama jumps in shouting “Operation Liberate the Swimming Pool!”

They are sometimes allowed to ride in the car with their father – on an excursion to the former battlefront, for instance. When they get out, Abu Osama warns them to watch out for landmines. He knows the dangers from experience. He is an expert car-bomber and mine clearer. He fearlessly digs up mines and removes the detonators. But his luck runs out. One mine explodes and tears off his left foot.

While the father slowly recuperates at home, the two oldest sons go to a training camp, where they are groomed as fighters for al-Nusra. The scenes that follow are truly shocking. Masked and in military uniform, the boys jump through burning tyres and practise ground fighting. They crawl under barbed wire fencing while trainers fire bullets close to their heads and feet. After the second training camp, Osama is sent into battle. And at that point, the director and the family part ways.

Apart from a prologue and epilogue, the film offers little explanation. Derki is an observer, not an investigator. Protagonists’ comments are spontaneous, so lots of questions remain unanswered. What role do the women play? Where is the fighting taking place at present? What is the military objective? And how does village life work amid the devastation?

Derki’s decision not to probe was evidently a conscious one, taken to preserve the authenticity of the scenes. With a sometimes unsteady camera and long shots, he creates an intimate relationship between the viewer and the protagonists. Sometimes it is almost too intimate. It is certainly debatable whether exposing children to public scrutiny in this way is ultimately acceptable cinema.

But the film is also about Talal Derki himself. He was born in Damascus and has lived with his family in Berlin since 2014. This is his second full-length documentary film. It is a very personal search for answers to the complicated situation in his homeland and the question of why people become radicalised and live by the rules of the so-called Islamic State. The documentary may not offer explanations here but it does show one thing with crystal clarity: the children never had a free choice.