“If the French troops leave, Mali will collapse"

The French military is engaged in many former West African colonies. The foreign troops’ presence and intervention, for instance in the fight against terrorism, is highly appreciated. Mohamed Gueye, editor-in-chief of Le Quotidien in Dakar, Senegal assesses the situation.

last contributed to D+C/E+Z in autumn 2017 as the editor-in-chief of Le Quotidien, a daily paper based in Dakar. 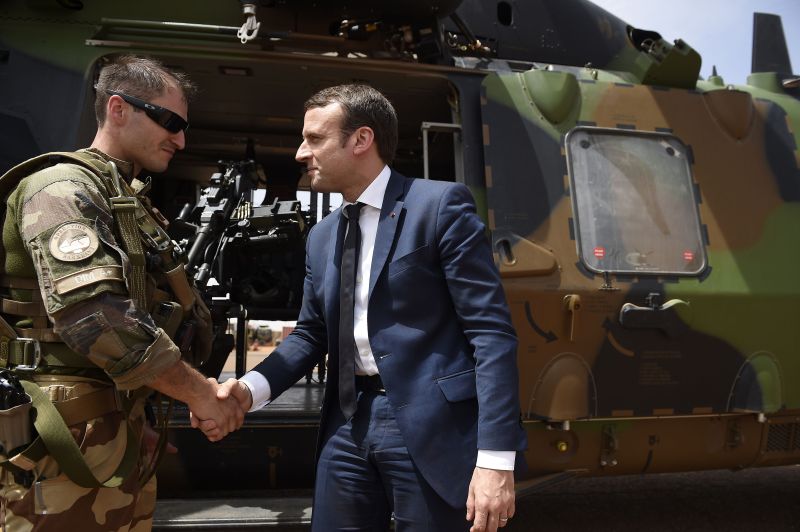 France has several military bases in West ­Africa and intervenes in a number of conflicts in the region. Are colonial ties the main ­reason for that engagement?
Mainly, but not only. French troops are indeed very active in the former French colonies. Remember, for instance, that former French President Nicolas Sarkozy did not hesitate to drop bombs on the presidential palace in Abidjan in order to put Alassane Ouattara in power in Côte d’Ivoire. But French troops have also helped troops from Senegal and ECOWAS (Economic Community of West African States) to oust President Yahya Jammeh in the Gambia.

To what extent is France helping to stabilise governance – particularly in Mali and Côte d’Ivoire?
If the French troops leave Mali today, the country will collapse the next day. Operation Barkhane, the French intervention in the Sahel region, has not only stopped the advance of the Jihadists in northern Mali, it has also saved the scalp of the government. Riddled by corruption and nepotism, the Malian government has done little to gain the confidence of the people in the northern part of the country and to train and equip its troops. Some opposition parties suspect that if it were not for the French influence, the president would have tried to lure radical Islamists by embracing parts of the sharia law. In Côte d’Ivoire, the French presence is crucial at this time too. President Ouattara will not run for another term at the end of his mandate in 2020. Many candidates are already trying to position themselves for the succession. The Ivorian people hope that the French won’t let the situation escalate and the country plunge into civil war as in 2011, when Laurent Gbagbo and Ouattara fought for the presidency.

How effective are France’s counterterrorism operations?
That is difficult to assess. According to Bakary Sambe, a Senegalese researcher who investigates radical Islamism, there have been more than 400 Islamist attacks in West African countries in the past five years. But nine out of ten of those attacks have failed thanks to the intelligence services. And in the French speaking West African countries, those services work close hand with their French colleagues.

Is there a smooth cooperation between French troops and their African allies?
Yes. France has no problem working with the military in Senegal, Côte d’Ivoire, Burkina Faso or Mali. In all those countries, the French assistance and support is necessary to maintain the capacity of the troops. In Mali, France is training most of the troops, hoping that they will be able to take over the day the Europeans will have to withdraw. Even in Cameroon, where Boko Haram is very active, France works smoothly with the local troops.

How do African people feel about the European power’s presence in their countries?
Things have changed in the past ten years. Before, Europeans, especially the French and English, were seen as the remnants of the colonial system. But many new actors have appeared on the African scene: Chinese, Arabs, Turks, Indians and many others. Now Africans have the chance to assess the veracity of Charles de Gaulle’s declaration “Countries have no friends, they have only interests”.

To what extent is the French military still ­displaying colonial attitudes?
We have entered the era of terrorism, especially Islamist terrorism. In many countries, the French troops maintain a low profile. You hardly see them in public in Abidjan, and if so, they are not very far from their base. The French military is very wary. They know that they would be an easy target in a hostile environment. Even in Bamako you never see them circulating in town. The times when drunk French troops strolled the streets of Dakar, Abidjan or Ouagadougou and treated local people harshly are definitely over.

Mohamed Gueye is the editor-in-chief of Le Quotidien in Dakar, Senegal.
mgueye@lequotidien.sn

A drop in prices is hurting cocoa farmers