“Our success will depend on joint action”

Gerd Müller, Germany’s federal minister for economic cooperation and development, has proposed to launch a Marshall Plan with Africa. He discussed his ideas in an interview with D+C/E+Z’s Hans Dembowski.

last contributed to D+C/E+Z in winter 2019/2020 as Germany’s federal minister for economic cooperation and development. 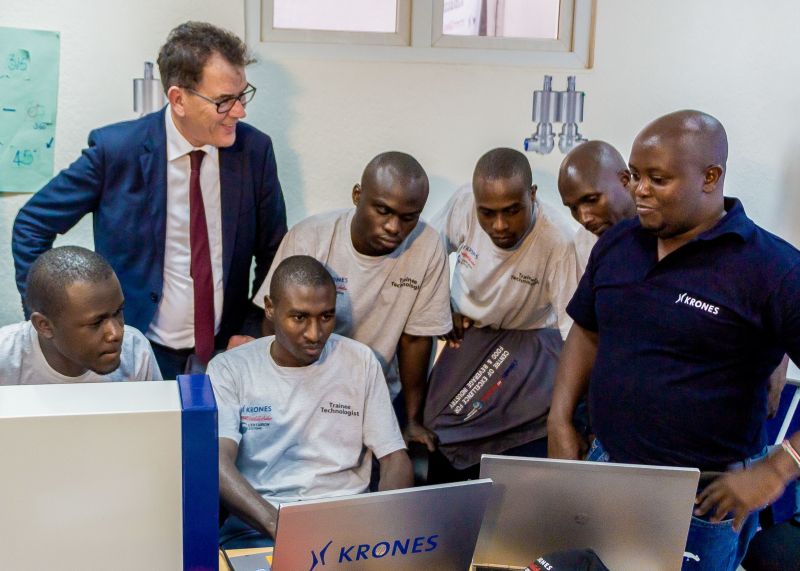 Why is a Marshall Plan with Africa necessary?
Every year, almost 20 million additional young people join Africa’s labour market. There are not enough jobs for them. Our neighbouring continent often serves only as provider of commodities, with the lion’s share of processing and value addition happening elsewhere. Developing the economy and creating new opportunities for employment and vocational training are thus THE core challenges in the coming decades. We’ll need an entirely new dimension of cooperation, and that is what the Marshall Plan with Africa is about.

Shouldn’t the name be Marshall Plan for Africa?
Innovative cooperation means to move beyond thinking in terms of donors and recipients. We need cooperation that is even more based on mutual interests and political will than it has been so far. We need partnership at eye-level, a Marshall Plan WITH Africa, rather than one FOR Africa.

To what extent is this Marshall Plan a German initiative, and to what extent will you involve other donor countries? Africa is on the G20 agenda, and the EU is also working on an Africa policy.
The future of Africa is also the future of Europe. Europe and the international community need to change their mindsets. My proposal for a Marshall Plan with Africa provides impetus for doing so. Germany’s Federal Government has put Africa on the G20 agenda for the first time. It is plainly unacceptable that Africa is losing more money because of tax evasion and tax avoidance than it receives in ODA (official development assistance). This is one of the questions that needs to be answered. In cooperation with the Federal Ministry of Finance we will host a G20 conference on Africa in June. We are not only talking, however, we are taking action. In tangible terms, we want to conclude partnership agreements with reform-minded African governments. The European Union and the African Union will further deepen their cooperation at a joint summit in autumn.

What relevance do the aid-effectiveness principles have? They are being promoted by the Global Partnership for Effective Development Cooperation, which carries on what was spelled out in the Paris Declaration of 2005.
The impact is what matters. We want to join forces with African governments in fields where we can achieve most for people. The message is that not a single euro will be lost to corruption. We are keen on reform partnerships. Those who promote reforms, practice good governance and fight corruption will get more support than previously.

How will reform partnerships with African countries be organised? Is budget support a model, with joint goals being defined and progress towards them being monitored?
The first step is that we are investing an additional € 300 million in reform-oriented countries. That amounts to about 20 % of our official development cooperation with Africa. The African Union’s Agenda 2063 and internationally appreciated indices such as Transparency International’s Corruption Perception Index or the World Bank’s Doing Business Index serve as signposts.

Who must contribute so African countries will achieve the Sustainable Development Goals of the United Nation’s 2030 Agenda?
Our success will depend on joint action – including African partners, the private sector and a strong civil society. This is what the Marshall Plan will facilitate. If we want to create the needed jobs, we’ll need the private sector. We must make it more attractive to invest in Africa. I am thinking of tax incentives and support for risk management. On the ground in Africa, we want to invest more in young people’s vocational training. Obviously, the framework conditions must be right. African governments must do their homework and ensure the rule of law. In a globalised world, Africa’s development hinges on international rules. Apart from fair trade, they relate to environmental and social standards as well as to stemming illicit financial flows from Africa. For Africa to pursue its interests successfully, it needs a stronger voice in international settings. The continent needs a seat in the UN Security Council and more influence within the World Trade Organization (WTO).