Germany is a global front runner in terms of energy efficiency and renewable power generation. The government wants other countries to follow the German example. International experts agree that German expertise and experience can be valuable elsewhere. However, German policy makers and government agencies could act in a more coordinated manner. 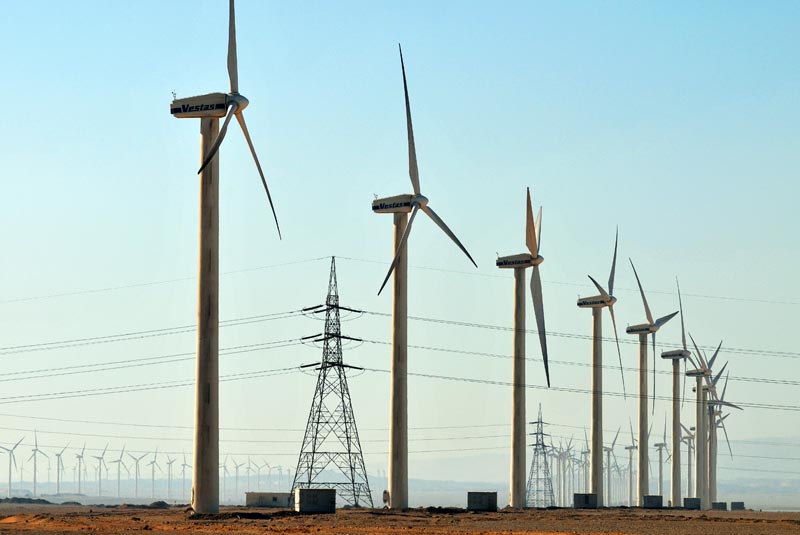 The interest of Arab nations in renewable energy options is growing. Better regional cooperation and support from multilateral partners could help to promote the innovation of energy systems in the Middle East and North Africa (MENA), says Nurzat Myrsalieva from the Cairo-based Regional Centre for Renewable Energy and Energy Efficiency (RECREEE). The centre helps partners from the region to share experiences and drive innovation.

“The role of multilateral institutions is significant,” says Myrsalieva. “A lot of proj­ects would not have taken place without multilateral partners.” Regional cooperation serves to spur ambitions and to avoid duplication of efforts. She admits that small-scale, bilateral projects are often perceived to be effective because they address specific needs. The downside, however, is that “project-based projects often turn out to be unsustainable because they are designed for a specific stakeholder at a specific time.” Myrsalieva adds that individual projects often don’t spur long-term investment and interest. RECREEE is a platform for 16 Middle Eastern and North African countries. It was founded with the help of partners like Germany, but according to Myrsalieva, it is successful because it is “home-grown.” RECREEE is run and controlled by the member countries. The institution provides them with reliable data and facts. Several members have adopted plans for energy efficiency and are now working on targets for renewables.

Seen from Germany, RECREEE is a promising initiative. Germany is the largest bilateral donor in the field of energy efficiency and renewables. The Federal Ministry for Economic Cooperation and Development (BMZ) spent  € 3 billion on energy cooperation with 25 priority countries last year. According to BMZ officer Kerstin Fährmann, much of this effort is focused on eradicating energy poverty and drafting energy policies that mitigate climate change.

Germany’s efforts to promote renew­ables abroad are closely linked to its own transformation to a low-carbon economy. This policy is known as the “Energiewende”. Germany’s Federal Government promotes renewables and efficiency on top of phasing-out nuclear power.

Sybille Röhrkasten of the Institute for Advanced Sustainability Studies (IASS) in Potsdam sees Germany “in a good position” to promote the same kind of Energiewende internationally due to its technical expertise and experience. She argued the case at a recent conference near Berlin. Germany aspires to fulfil 60 % of its energy needs from renewable sources by 2050. Getting other countries to choose renewable energies has become a goal of foreign policy.

Establishing common policy frameworks helps to cut red tape and attract investors who want reliable conditions and planability. Only then will the goals of renewables programmes – either through financial or technical support – match those of partner countries. “Partnerships help get the private sector on board,” says Hans Köppel of Germany’s Foreign Office.

Indeed, Germany’s considerable domestic efforts will have little impact on the world’s carbon emissions unless the country can convince others to follow suit. The reason is that Germany emits only three percent of all greenhouse-gas emissions in a world where energy demand is rapidly rising. Of course, many other countries are implementing green policies too. The USA and China both have more installed wind power than Germany, while Germany is the global leader in solar power. As renewables are becoming cheaper, North African countries are becoming more active. Wind power has already taken hold there, and sun is in great abundance.

Supply is insufficient, moreover. Power grids tend to be unreliable and blackouts occur frequently. Many poor people do not have access to the grid at all. Karoline Steinbacher of the Environmental Policy Research Centre at Berlin’s Free University points out that Germany and African countries are motivated by different goals because Africa “has a deficit in electricity”.

Georgeta Vidican from the German Development Institute DIE says more regional integration would contribute to “align priorities between government agencies in Germany and the goals of partners in North Africa”. In her eyes, Germany’s “development cooperation architecture is too complex”. Several ministries – from foreign affairs, economics and research through to development cooperation and environment – are involved in energy matters, and they should do more to coordinate their efforts. Vidican adds that there are also too many implementing agencies:

Moreover, German agencies must not deal with energy as an isolated topic, Vidican says. Relevant issues include employment, education and governance. She points out: “Development cooperation must focus on economic and social aspects, but it also needs to deal with peace-building.” Environmental protection and energy policy must be tackled in a holistic approach, the scholar argues.