Billions of people suffer from a kind of hunger that they do not feel. It is known as “hidden hunger” and is due to an inadequate intake of vital micronutrients. It is a problem in the rich world, but it is a bigger one for the poor. German nutritionist Hans K. Biesalski is one of the world’s leading experts on hidden hunger and has written several standard works on the subject. 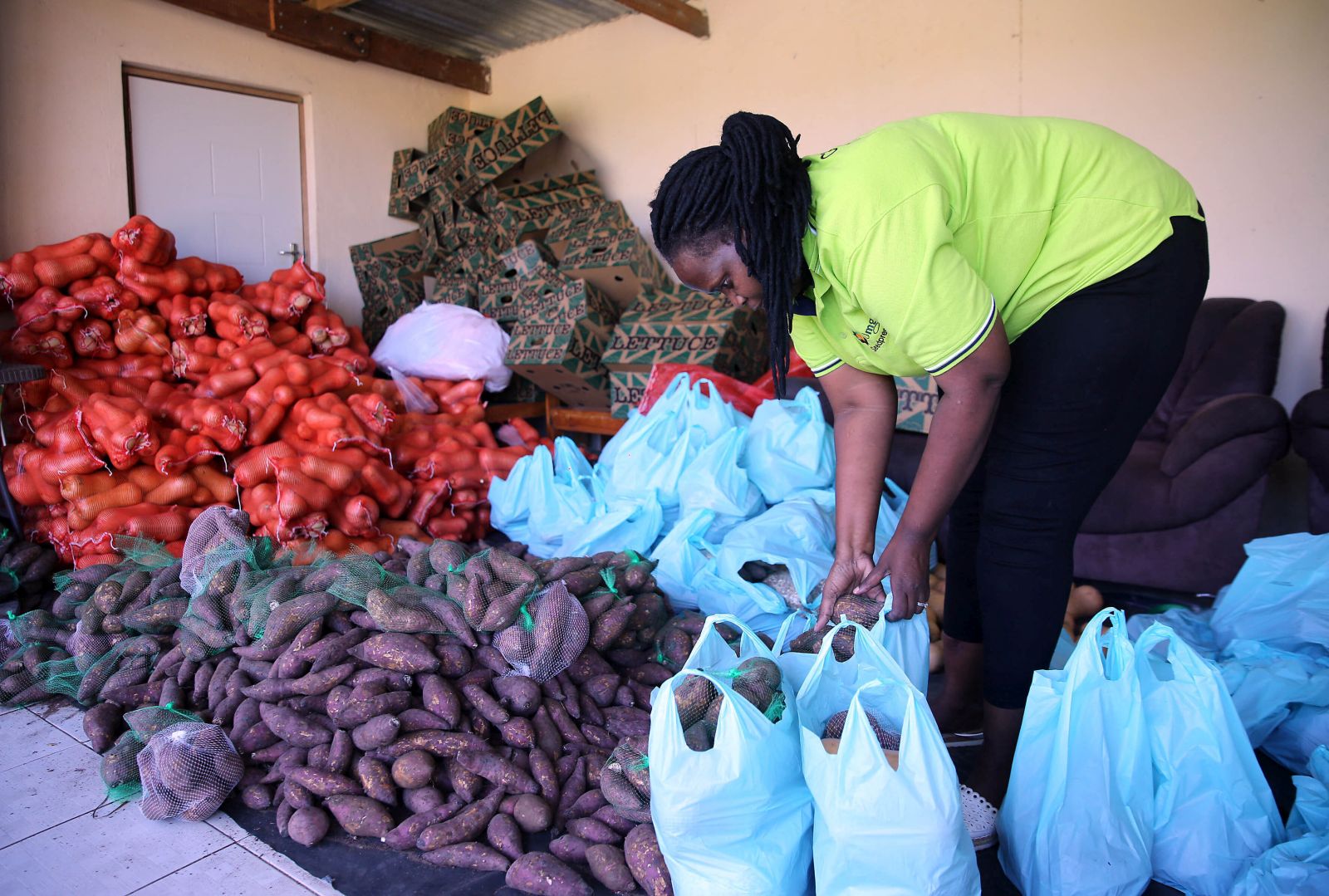 picture-alliance/abaca/RealTime Images/ABACA In a Durban township in KwaZulu-Natal, South Africa, a woman collects a food parcel provided by a group fighting against hidden hunger.

First and foremost, Biesalski seeks to raise awareness: chronic undernutrition is often overlooked, he says, because it takes a long time for it to manifest itself as illness. But the effects can be devastating. Children suffer from impaired physical and mental development and face a mortality rate many times higher than children with a healthy diet. In adults, the immune system can be weakened, and in pregnant women specifically, deficiencies of micronutrients such as iron result in higher perinatal mortality.

When hidden hunger becomes “visible”, it does so in severe deficiencies. Vitamin C deficiency causes scurvy, vitamin D deficiency rickets and vitamin A deficiency night blindness. According to Biesalski, 90 % of such cases are found in developing countries.

For many other micronutrients, however, the signs of deficiency are either unknown or non-specific. The number of people who are affected by hidden hunger without being aware of it can only be estimated. Biesalski reckons that around 2 billion people in the world suffer from iron deficiency and 1 billion from zinc deficiency.

One cause of hidden hunger is an unbalanced diet. According to Biesalski, one third of the world’s people currently get around 80 % of the calories they need from staples such as rice, corn and wheat alone. Those cereals contain important macronutrients (fat, protein and carbohydrates) but hardly any micronutrients (vitamins, minerals, trace elements and certain amino acids). Biesalski stresses that both nutrient groups are vital.

Macronutrients are the energy-yielding components of food, while micronutrients are essential for many metabolic processes and bodily functions without providing energy. The human body has a very effective signalling mechanism to prevent macronutrient deficiencies – it makes us feel hungry – but scientists are so far not aware of endogenous alarm signals for a lack of essential micronutrients.

Biesalski points out that malnutrition has particularly dire consequences for children. For every child that starves to death there are “at least ten more with nutritional deficiencies that go unnoticed until it is too late”. For those children, hunger – either as chronic malnutrition or undernutrition – is not a short-term sensation but a permanent condition. Emergency food aid is no remedy.

According to Biesalski, there are three different phenotypes of malnutrition:

The nutritionist writes that the high infant and maternal mortality rates that many developing countries report directly “relate to poor food quality”, including hidden hunger. An insufficient intake of vitamin A, iron and zinc weakens all the body’s defences. The immune system suffers, and so do the mucous membranes of the respiratory and gastrointestinal tracts, which provide important protection. The result is frequent infections, which further weaken the body’s defences.

Respiratory diseases are among the most common serious illnesses in children with malnutrition. They are also associated with high mortality. Biesalski sums up: “If maternal and child nutrition was even moderately adequate, more than half of fatalities could be avoided.”

The hunger expert highlights strategies that could be implemented to combat hidden hunger. First, of course, this problem must be perceived. He points out that hidden hunger has the most critical consequences for a person’s life during the so-called thousand-day window. The first thousand days of a human life, he says, decide whether a child will be impaired in its development and will also suffer more frequently as an adult from so-called diseases of civilisation such as diabetes, hypertension or obesity. Biesalski divides the first thousand days into three decisive nutritional phases:

Biesalski believes it makes perfect sense to give supplementary vitamins or minerals during these nutritional phases, but he warns that there are risks. For example, the lack of other micronutrients can be overlooked. The expert argues that administering micronutrients is the best course of action for young girls who are malnourished and might become pregnant. However, he stresses that such measures must always go along with nutritional education. After all, the most sensible and sustainable way to improve a person’s diet is to ensure that it includes as wide a variety of natural foods as possible (see also Silke Stöber’s article in D+C/E+Z e-Paper 2020/01 Tribune section).