The long road towards a shared EU army

European policymakers often reiterate that a forceful EU army is needed. Nonetheless, that will not happen soon.

contributed to D+C/E+Z in winter 2019/2020. She is a member of the editorial team of Loyal, the monthly magazine published by Reservistenverband, the association of German reserve soldiers. 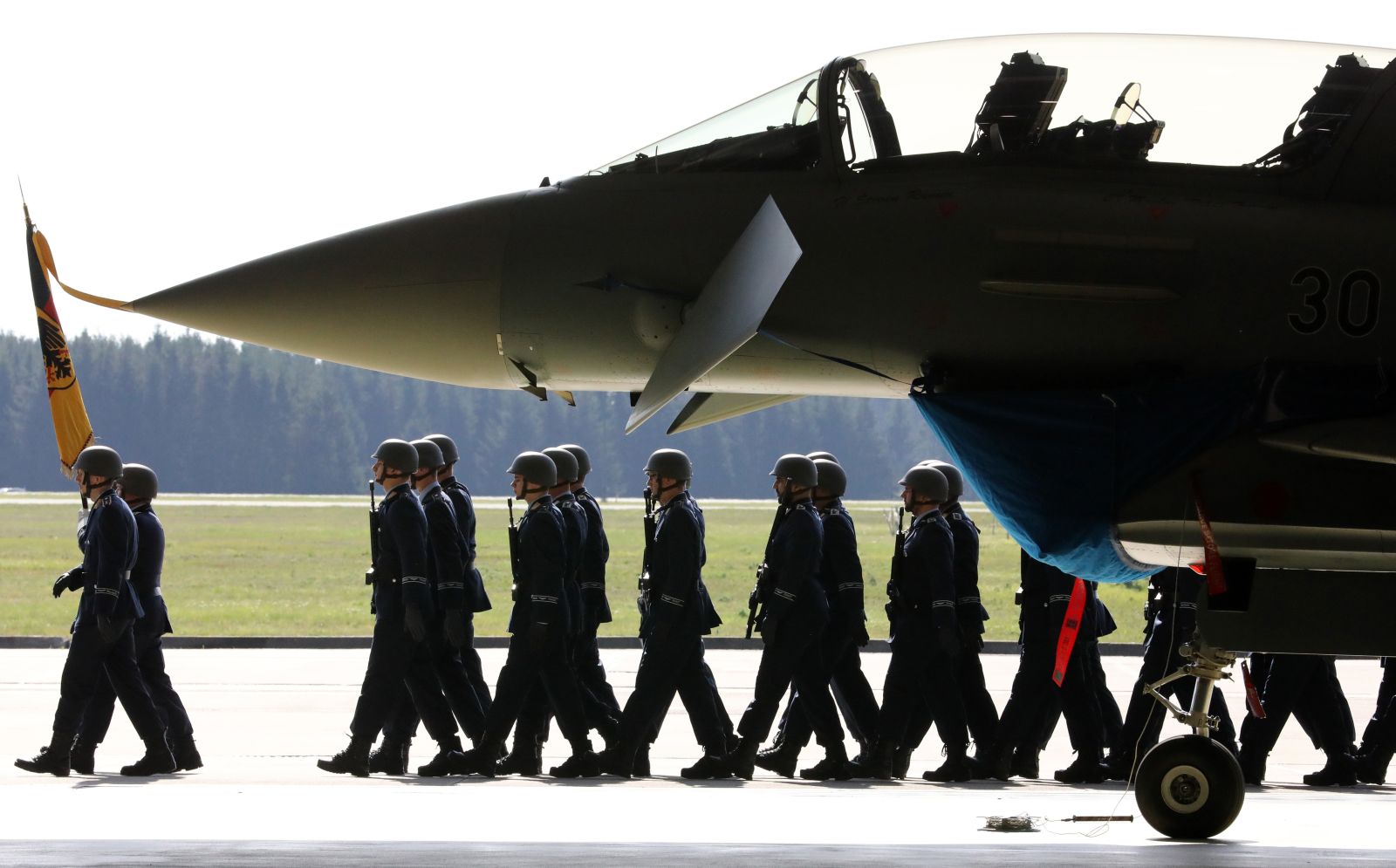 Bernd Wüstneck/dpa-Zentralbild/dpa The Eurofighter – seen here in Mecklenburg-Vorpommern – was developed by partners from several EU member countries, but it was not a EU project.

In early January 2020, a US drone strike killed Qasem Soleimani, the Iranian general and leader of the Al-Quds brigades. This attack almost started a new war in the Middle East. What did the EU do? Heiko Maas, Germany’s foreign minister, appealed to all parties to act reasonably. Ursula von der Leyen, the president of the European Commission, and Josep Borell, its high representative for foreign affairs, warned against escalation. That was it.

“To exert influence in the Middle East, the Europeans would need a military presence there,” says Markus Kaim of the Berlin-based German Institute for International and Security Affairs (SWP – Stiftung Wissenschaft und Politik). Moreover, they would have to speak and act as one. That is not the EU’s strong point.

First of all, the EU does not have a military of its own that it might deploy in the Middle East. The member states insist on their national armies. Only a few training missions are run under the EU flag, with member countries contributing troops. The impact of these missions is close to zero, however, because they lack staff and a strong mandate.

Top policymakers from leading EU countries keep reiterating that they want a shared EU military. When von der Leyen was still Germany’s defense minister, she said that she and others wanted an “army of the Europeans” that could be deployed fast in times of crisis whenever a European response was required. So far, however, only tiny steps have been made toward establishing joint armed forces.

There are some examples of cooperation. For example, Dutch soldiers have been integrated in a German tank division. However, cases like this are like small islands that must yet merge and become a continent. Hans-Peter Bartels, Germany’s parliamentary coordinator for the armed forces, expresses the hope that this will happen.

So far, however, his hope looks exaggerated. What is needed most of all for establishing a joint military is a joint plan that all EU members subscribe to. It would have to spell out what the new armed forces would look like and what purposes they would serve.

Opinions diverge even on who is really threatening European security, however. The Baltic countries fear Russia. Italy, France and Spain worry about what is happening in Africa. Their concerns include mass migration as well as terrorism in the Sahel region, most of which used to belong to their former colonial empires.

No European government wants to give up its power to decide for itself when and how to get militarily involved. Consider Mali, for example, where France is running an anti-terror mission, while Germany is involved in UN peacekeeping as well as in a European training mission that teaches Malian troops to shoot. Even the two leading European powers, Germany and France, are not properly coordinating their action in this crisis-hit country.

As for the defense industry, EU rhetoric far exceeds reality. Member states’ armies still rely on a great diversity of different tanks, aircraft and ships. This diversity is expensive in financial terms, and it makes coordinated deployment of national armies more difficult, whether in foreign missions or mere military exercises There are some initiatives to harmonise matters, including PESCO (Permanent Structured Cooperation) and the European Defense Fund, which is designed to support joint defense industry projects. However, the national governments still decide about what arms they procure, and they typically are less interested in “Europe” than in the fate of their national defense industries and their workers.

Yes, Germany’s Federal Government nowadays launches the most expensive and prestigious defense projects with its French counterpart, for example regarding tanks and aircraft of the next generation. However, such cooperation does not amount to European action, since Poland or Italy still prefer buying US-made fighter planes. The road towards a shared European military still looks rather long.

Julia Maria Egleder is a journalist who works for Loyal, a magazine dealing with security affairs.
julia.egleder@fazit-communication.de