Jobs instead of arms

We must put an end to the exploitation of children as soldiers. First good steps include banning small arms, prosecuting those who conscript children and improving reintegration.

last contributed to D+C/E+Z in autumn of 2021 as a media consultant for World Vision Deutschland. 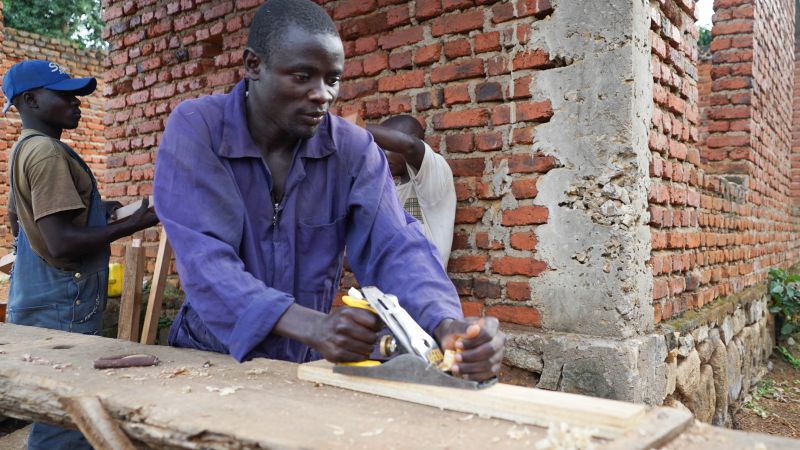 In the eastern part of the Democratic Republic of Congo, World Vision, the international NGO, runs a reintegration programme called “rebound”. Each year, the programme supports 80 child soldiers and girls who had been forced into prostitution to join every­day, civilian society again. They receive psycho-social support, attend classes and learn basic vocational skills. At the end, each teenager is given a small sum so they can get started as shoemakers, seamstresses or mechanics. The programme is proving successful and so far no participant has re-joined a militia.

Rehabilitating 80 out of the thousands of child soldiers and sex slaves is only a very small start. And in many areas torn by war and conflict, the number of children conscripted by local militias is actually rising. The international community can help stem the tide by taking some key first steps:

1.    Ban the export of small arms.
A study co-published by World Vision clearly showed that arms, such as pistols, machine guns and even anti-tank guns and mortars, which are all exported by German companies, find their way to crisis areas via third countries. In 2016, sales of small arms amounted to € 47 million. This is a trifling amount compared to the overall German arms exports totalling around € 7 billion euros. But since child soldiers are generally outfitted with – and trained to use – small arms, a national export ban would be an important statement and could serve as an example for other countries.

2.    Prosecute militia leaders.
In 2012, Thomas Lubanga, the infamous militia boss from the DR Congo, was sentenced to 14 years in prison. He had been brought before the International Criminal Court (ICC) at The Hague and charged with war crimes, including the use of child soldiers. Unfortunately, trials of this kind – especially those that result in a guilty verdict – are still the exception. They must become the rule. If militia bosses feared prosecution, they would at least reduce the number of child soldiers in their ranks. In December 2017, the ICC ordered millions in reparation payments to the young victims. Compensation is to come from a victims’ trust fund and be invested in psychological support and job training to promote rehabilitation.

3.    Improve reintegration.
Projects like rebound are much too rare, and that is not only true of the DR Congo. While reintegration programmes cannot guarantee children won’t be recruited as child soldiers or unskilled workers, they at least help them escape the vicious cycle of poverty and abuse. Children also learn how to talk about their experience, which they can then share with other youngsters toying with the idea of escaping the hunger pangs of daily life by “volunteering” for a militia. They are generally unaware of what awaits them there.

It will take much more than the steps detailed above to stop the insanity of using minors in armed conflict. It would be impossible to simply train all former child soldiers as seamstresses, shoemakers and mechanics. Even if we had the capacity, there would not be enough labour demand in local markets.

Investment in infrastructure and private sector initiatives are desperately needed. Children can only hope for a productive future if they have job opportunities. And any effort at reintegration that cannot offer a positive outlook is doomed to failure.

The exploitation of children as soldiers is big business. The militias use them to plunder villages. Governments in conflict-torn regions save money because they don’t have to train and pay as many legitimate solders, so they have little interest in effectively countering the use of child soldiers. Arms exporters and private military organisations also profit from the use of child soldiers.

Insidiously, private “security firms” often recruit former child soldiers to serve as mercenaries. European and US companies actively recruit unemployed ex-child soldiers because they are cheap, come fully trained and have nothing left to lose. They are then deployed in places like Iraq.

A comprehensive ban on this type of recruitment would be a good start, but it is still not enough. We need to censure those who exploit child soldiers around the world. We have to ramp up pressure on the governments of the countries these security firms operate in, including the UK and the US. Exporting arms to Africa promotes the export of child soldiers from Africa – and from many other regions torn apart by war.