Hardly any other country treats native and foreign workers as unequally as Saudi Arabia. The disparities between men and women is harsh too. The labour market reflects the contradictions within Saudi society. Initiated reforms will be difficult to carry out.

last contributed to D+C/E+Z in winter of 2019/2020 as an economist and freelance author. He used to work for KfW development bank. 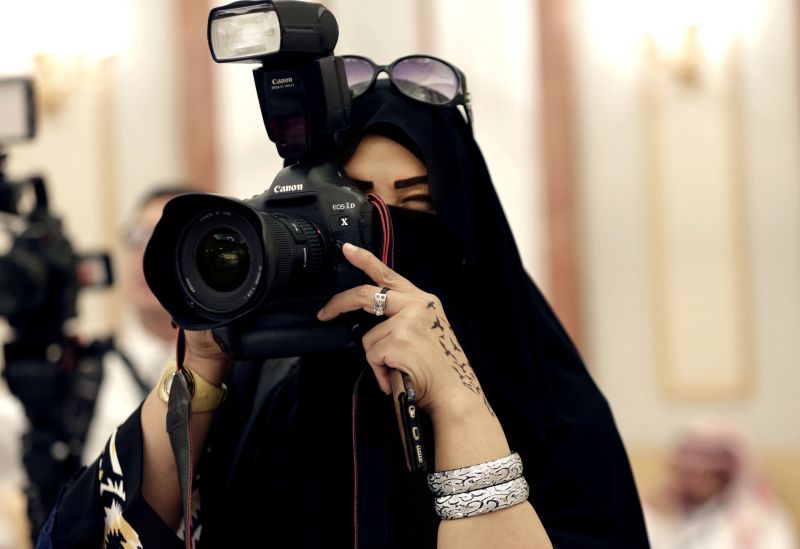 When oil exports began in the late 1930s, the backwards desert state was suddenly confronted with the modern world of labour. Saudi Arabia had neither the expertise nor the labour force to support its rapidly expanding economy. As a result, the number of migrant workers grew quickly. In 1970, 1 million foreigners were working in Saudi Arabia. Today, the number is around 10 million, making up about a third of the country’s total population. Saudi nationals themselves tend to pursue well-paid jobs in the public sector.

Apart from a few foreign specialists, most migrants earn only half as much as Saudis who have the same qualifications. The overwhelming majority of foreign employees work in the private sector, where they toil for longer hours under more difficult conditions and for less money than public-sector employees do. They also have fewer rights. Migrants only get the permit to work and reside in the country if their employer applies for it.

The employer thus takes on the role of a sponsor. This is known as the “kafala system”. Migrants can only change jobs if their sponsor allows them to. Migrants’ restricted mobility keeps their wages low, and employers appreciate that. From an economic standpoint, however, the productive potential of foreign workers is not fully tapped, so there is a loss of efficiency.

Saudis are also not very mobile, given that they prefer culturally respected jobs, primarily in offices. Manual labour is looked down on. Many Saudis would rather wait for a position in the public sector than accept work in the private sector. This is still so even though unemployment has risen in recent years, particularly among young people and women.

About 31 % of young Saudis are unemployed. Even their high levels of education have not helped them find jobs. Enrolment at universities has increased 60 % since 2010. But the degrees obtained often do not correspond to the needs of private industry. There is a surplus of graduates from humanities and social sciences departments, but a dearth of educated workers in technical, scientific and mathematical fields. Moreover, international education standards are not being met.

Modernising the education system is one of the central pillars of the “Vision 2030” reform strategy announced by King Salman in 2016. The goal is to make the country independent of oil (see D+C/E+Z e-Paper 2017/08, p. 15). Vision 2030 sees the future of the country as a “knowledge-based economy”, the most important resource of which is no longer oil, but rather the skills of the Saudi people. The government wants to achieve this turnaround by relying on international expertise and cooperation with private education institutions. The last few years have already seen a number of largely private vocational-training institutes spring up. The flagship of the education offensive are the “colleges of excellence”, which, with support from multinational companies, train young men and women for jobs in new economic sectors like renewable energy, mining, infrastructure, transportation and tourism.

New jobs are to be created above all in the private sector. The reason is that low oil prices have compelled the government to cut public spending. But as private companies have shown little interest in employing Saudis, and Saudis themselves prefer working in the public sector, the government is intervening in the labour market to push native workers into the private sector. Quotas define a target number of Saudi personnel. The ratio is determined by an allocation formula that takes account of industry and company size.

There are incentives for employing Saudi labour and sanctions for not doing so. The lower the share of native workers, the more difficult it becomes for companies to obtain work visas for foreign employees. The fees that companies pay for such visas were also raised significantly.

On the other hand, Saudis are being guided into the work force in a more targeted way. Newly-created employment agencies offer educational opportunities. They also find positions for unemployed people at private firms. Innovative job fairs, moreover, put job seekers in touch with potential employers.

So far the Saudification aspirations have had only limited impact. While the number of Saudis employed in the private sector rose from around 486,000 in 2004 to 1.5 million in 2014, the number of foreign workers grew from 4.1 to 8.5 million in those 10 years. Foreigners still make up 89 % of the staff of private companies. Moreover, the government’s requirements are constantly being sidestepped by companies that pay Saudis to register as employees without actually hiring them. This practice allows companies to fill their quotas while still being able to do as they please.

Female employment in a man’s world

As part of the Saudification programme, companies receive bonus payments for employing women. Women are being actively encouraged to seek jobs in industry and also to work from home. Women make up just 16 % of the total number of employees, one of the lowest shares worldwide and even in the Arab region.

Female employees primarily work in the public sector, usually as teachers at girls’ schools. In Saudi Arabia, the type of work women perform has nothing to do with supply and demand on the labour market. While Saudi labour law grants women the right to do the same jobs as men, it also stipulates that Sharia must be followed and expectations relating to “a woman’s nature” must be considered. Both guidelines leave room for interpretation. To offer guidance, the Ministry of Labour has presented a “positive list” that reveals which jobs are considered suitable for women (for instance saleswoman, hair stylist). These are not strict rules, but rather “declarative statements” with strong normative power. On the other hand, a “negative list” identifies all the jobs that are supposedly unsuitable for women (for example positions in the mining sector, the construction sector and automotive repair).

On top of all that, women need the permission of a male relative in order to be allowed to work. Yet another barrier is the strict physical separation that Saudi clerics require between men and women in the workplace. Even though the separation of the sexes is not explicitly stipulated by law, the Ministry of Labour has issued rules on building separate entrances and exits or separate cafeterias. Finally, Saudi Arabia’s ban on women driving makes it difficult for women to even reach their workplaces.

For these reasons, employers who want to hire women have to deal with the added expenses of finding appropriate rooms and possibly arranging transportation for female employees. Unsurprisingly, private employers prefer to hire men. In light of all these barriers, it’s no surprise that unemployment rates for women are around 35 %, even though they are now more educated than men on average.

The labour market in Saudi Arabia is inflexible to a large degree, which is hindering the diversification and modernisation of the economy. Traditional roles and cultural values limit the mobility of Saudis, and incentive structures are inadequate. The Saudification programme and its quota system is not only a bureaucracy that is easily sidestepped. It is also complicated and expensive. Saudi Arabia’s still very traditional social order is blocking the way to the country’s economic renewal.

Given the powerful role of the clergy and deeply-held traditional values, breaking up the ossified structures must inevitably cause social tension. The kingdom is on the cusp of the greatest transformation in its history. The recent unprecedented arrest of several potential dissidents, including Muslim clerics as well as liberal businessmen, shows that the government is not as confident as it would like people believe.