The billionaire’s blue bird is in trouble

People were saying goodbye to one another on Twitter as these lines were being written. The social-media platform seemed to be in freefall, and Twitter users were telling others on which other sites they would be found should it indeed collapse. Some complained about technical glitches. Others had already left the site because they felt appalled by recent developments. Advertisers were abandoning the platform too. 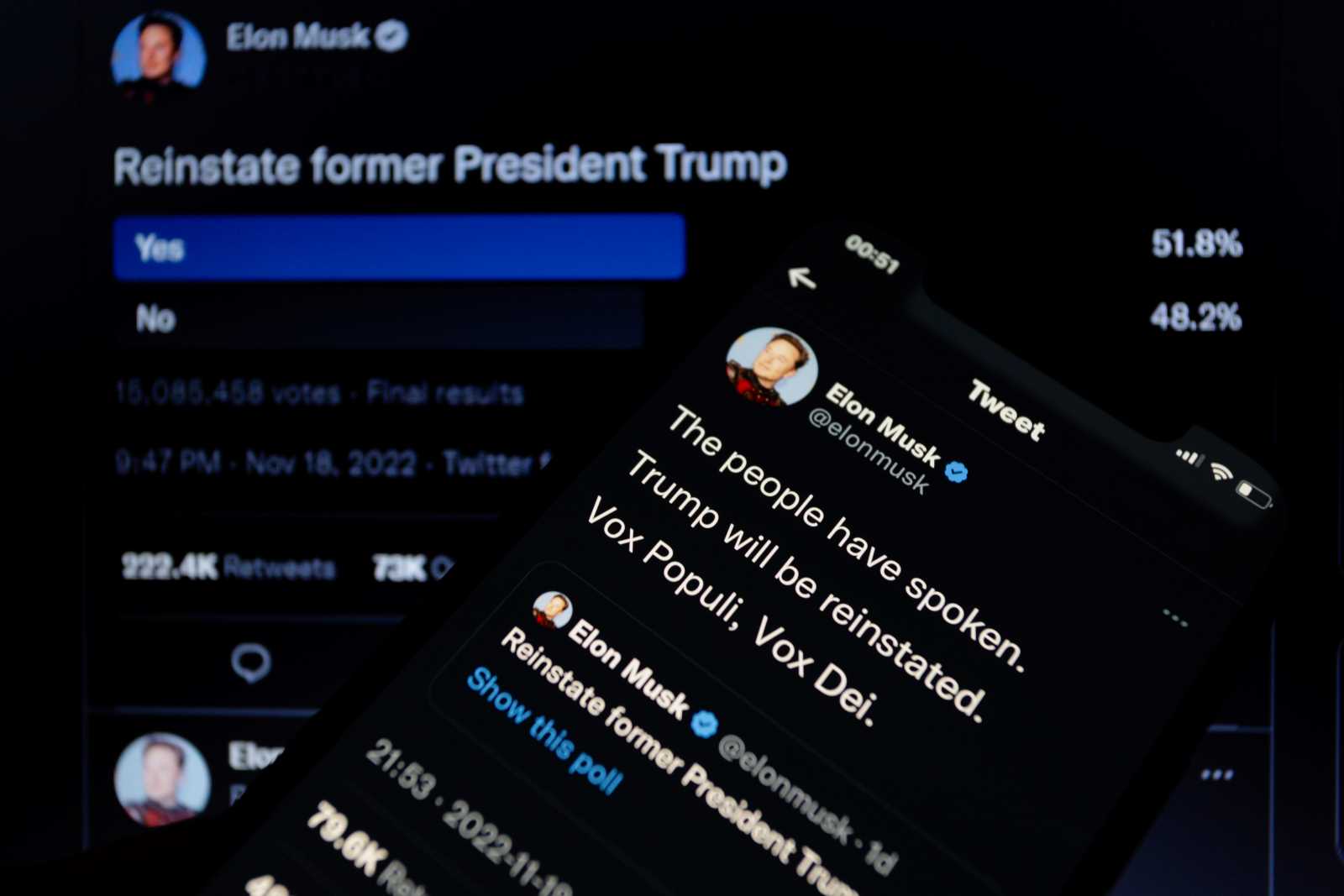 Plutocrat populist equates his followers with “the” people – and God.

The background is that multibillionaire Elon Musk bought Twitter and is reshaping it. He is known for provocative statements and erratic decision-making, so it is impossible to tell what he really wants to achieve. He has declared himself to be a “free-speech absolutist”, and it is obvious that he wants to increase profits.

His endorsement of free speech is meant to display a progressive approach to human rights, but it actually amounts to a threat. He publicly disagreed with the Twitter management’s decision to ban former US President Donald Trump from the platform after he instigated the insurrection of 6 January 2021. Now Musk has allowed Trump back onto the platform after a flimsy poll held on the billionaire owner’s personal account. Musk himself could not say whether bots and fake accounts had voted.

Abandoning users and staff in India

Probably worse, Musk has in the past criticised Twitter for filing a legal case in India to protect users and staff against the national government, which is run by Hindu supremacists who have a pattern of harassing opponents. One method they use is to accusing critics of the colonial crime of “sedition” for expressing their views. Nonetheless, Musk declared Twitter’s law suit in India to be risky because it might hurt the corporation.

Pressed to clarify his stance on free speech, Musk has eventually said that he considers any statement that does not violate a law legitimate. His reasoning was that democratic governments implement their people’s will, so there is no further need for content moderation.

He is wrong. Any competent human-rights lawyer will tell you that governments as such are not the institutions you should entrust the freedom of expression to. After all, they have strong incentives to mute criticism. That is one reason why democracy depends on the independence of law courts, media and civil-society organisations. Musk’s idea of free speech severely limits this fundamental human right where dictators are in power or where elected governments with authoritarian tendencies are making efforts to undermine the constitutional order to strengthen executive power.

In “Freedom on the net 2022”, a recently published report, the Washington-based not-for-profit organisation Freedom House warns that the international scenario has been getting worse for 12 years in a row. In at least 53 of 70 countries observed, “users faced legal repercussions for expressing themselves online”. An increasing number of governments, moreover, are said to control what people can access, hoard data and centralise infrastructure. On the upside, in about one third of the countries, internet freedom improved.

The Freedom House authors point out that civil society, the courts and democratic-minded policymakers should cooperate on protecting internet freedom everywhere. They also emphasise that the private sector must play its role, with content moderation being particularly important. Where public discourse loses credibility, the freedom of speech becomes destructive (see my contribution on www.dandc.eu). Where disinformation is allowed to run wild, democracy is in peril. Erosion of trust, however, also makes advertising less valuable, which is why Twitter’s revenues have been dwindling. Unfortunately, that trend is likely to impress Musk more than concern for the viability of democracies.

Content moderation is clearly not what Musk is interested in personally. Indeed, he is personally known to spread fake news occasionally. In a later deleted Tweet, for example, he linked to a made-up story which argued that Paul Pelosi, the husband of Nancy Pelosi, the Democratic policymaker, was not attacked and injured in his home by right wing extremist, but by a gay lover. This is precisely the kind of politically motivated fake news that content moderation must restrict. Musk’s tweet was an excellent example of “plutocratic populism” (see my blog post on www.dandc.eu).

In the platform’s current crisis, content moderation has been relaxed. Musk has spent $ 44 billion to buy it and thinks it is massively overstaffed. He has cut about half of the jobs, but the exact number is unclear given that the management itself currently did not seem to know who is still working for it. Efforts to ensure the reliability of messages and accounts have obviously declined.

The European Commission has expressed concern that Twitter may have become unable to comply with its new Digital Services Act. The implication is that Musk may be running serious legal risks in Europe. EU institutions largely deserve trust when it comes to internet freedom. Europe has many checks and balances and proudly independent courts. Governments with a more authoritarian attitude to human rights, however, may actually appreciate Musk’s relaxed approach.

If Twitter is to serve democracy, the company must definitely increase moderation efforts. It needs to hire competent staff to detect hate speech and disinformation in local languages in the many countries where it has an impact on public debate.

Internet freedom must not be left to the whims of plutocrats and governments. Prudent regulation is needed – and lacking in far too many places. Twitter potentially serves an important function, but if it does not perform diligently, its collapse may actually be a good thing.