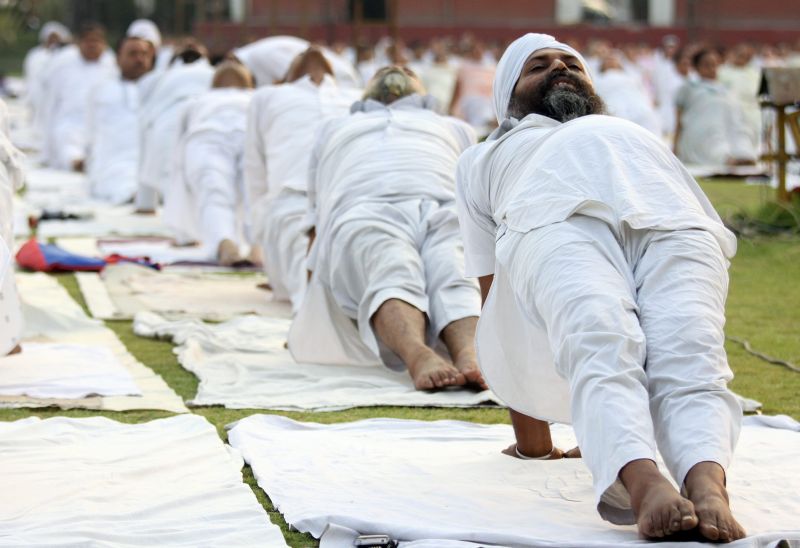 The prevalence of hypertension is increasing in rural as well as urban communities. Researchers argue that changing lifestyles and diets as well as urbanisation are driving the trend. It also matters that life expectancy is generally rising, and blood pressure tends to increase with age.

Another team of medical researchers did a survey of almost 50 villages and 20 urban wards in a central Indian district (Bhadoria et al., 2014). They found that 17 % of more than 900 respondents had high blood pressure. The prevalence was more than 21 % in urban areas and almost 15 % in rural areas. Central India is not typical, but mostly rural and underdeveloped. The cities there are small-townish. According to the survey, the causes of HTN included physical inactivity, age, consumption of salt and tobacco, overweight and obesity.

The scholars stated clearly: “There is a need for comprehensive health promotion programmes to encourage lifestyle modification.” Referring to long-term data, they pointed out that the HTN prevalence increased 10 times among villagers “in the past three to six decades”. The respective figure was 30 times for urban people.

The national government is aware of the challenge of non-communicable diseases (NCDs). Last year, it launched the National Programme for Prevention and Control of Cancer, Diabetes, Cardiovascular Diseases and Stroke (NPCDCS). The idea is to:

The Ministry of Health and Family Welfare proudly declared that India is “the first country globally” to adopt the World Health Organization’s NCD Global Monitoring Framework and Action Plan at the national level.

The aspirations are good. Screening programmes to detect and track HTN make sense. Pre-hypertension should be noticed as well. All too often, patients do not even know that they are at risk. Health-care workers should support them at the local level. Patients deserve support for adapting their lifestyle to their health requirements, and their condition must be monitored regularly. To increase the people’s knowledge of NCDs, information should be incorporated in all education and awareness raising programmes.

Private health care in the cities

The problem, however, is that India’s governmental health-care system is traditionally weak and overburdened. Some progress has been made, but considerable gaps are still evident (see Ipsita Sapra on maternal mortality in D+C/E+Z e-paper 2017/08, p. 21). Patients in need often do not get access – and many people do not trust health-care institutions anyway. Nation-wide NCD screening and medical support are visions for the future, not something that is reliably available today.

Unsurprisingly, private health care has become a huge market in India. Generally speaking, it is not hard to get an appointment with a good cardiologist or medical specialist provided one has the ability to pay the consultation fee. Specialist doctors are available in all big agglomerations like Kolkata, Mumbai or Chennai for example. Specialty clinics and private health-care providers are active in smaller cities as well, but not in remote rural areas where they would be unlikely to make substantial profits.

In the cities, consultant doctors give reliable advice if one visits them at their own chamber. However, they are prone to pushing for unnecessary clinical and pathological investigations which, of course, cost money. This is especially true of doctors who work for one of the major corporate health-care chains. Depressing stories of unnecessary hospital admissions abound, and complaints of overbilling are common as well.

The Indian Medical Association (IMA) does not seem to be in control of the health-care market. To some extent, corporate players are free to do what they want. Compounding the problems, patients do not have strong organisations or associations that might protect their interests.

In India, many middle-class people have health insurances that cover the costs of hospitalisation and expensive treatment. However, patients’ families must bear the costs for consulting a doctor, clinical trials or medication bought in pharmacies. Such costs put a considerable strain on the household budget.

Doctors suggest regular exercise, but that advice is hard to follow. Gyms are very expensive. Heavy traffic, congestion and air pollution mean that regular walking along streets and allies is not an option. Most public parks are very small, and the large ones are often used for political events and commercial exhibitions. In western cities, cycling has become fashionable, but in India, it remains very dangerous. Managing life with hypertension is not easy, even for those who can afford private health care.

Anchala, R., et al, 2014: Hypertension in India: a systematic review and meta-analysis of prevalence, awareness, and control of hypertension.
https://www.ncbi.nlm.nih.gov/pmc/articles/PMC4011565/