Liberia’s government has opened vast forest areas up to corporate interests. Poor people are bearing the brunt. Weak governance is part of the problem – and so is rich nations’ huge demand for forest resources.

last contributed to D+C/E+Z in autumn 2013 as community-rights campaigner who works for the Sustainable Development Institute in Liberia. 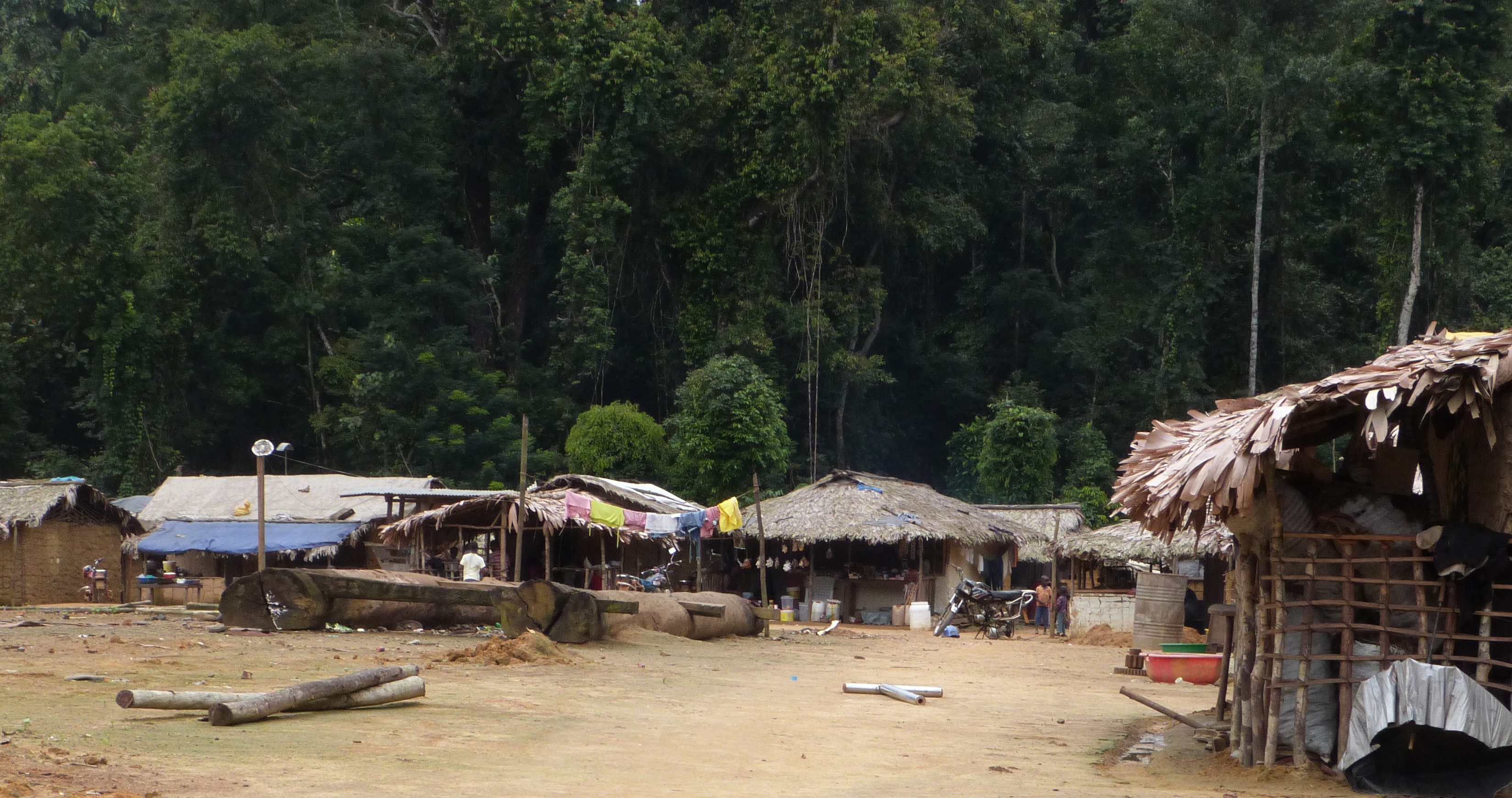 The government prioritises foreign-direct investment in cash-crop production for export purposes, even though there are concerns about food security. Senior officials insist that the land and forest areas concerned are not being utilised. This attitude reveals their limited appreciation for what forests and biodiversity means to the local people.

Forests are disappearing fast from West Africa. The reasons are legal as well as illegal logging, large-scale land clearances and forest conversion for monoculture plantation, mainly for oil palm and rubber. The trend hurts poor people who depend on forest resources including firewood, building materials, food and traditional medicines. Researchers from Columbia University (Balachandran et al 2012) found that communities affected by oil-palm plantations in Liberia experience worse food insecurity than communities in areas where this industry has not expanded. They reported that 63 % of the households near plantations were in debt, and the need to buy food is an important reason for taking loans. In non-affected areas, the share of indebted households is only 37 %, and people are much more likely to use the money for their children’s higher education.

There is evidence of similar trends in neighbouring countries. According to a study that was recently published by Christian Aid (Baxter 2013), people affected by plantation expansion in Sierra Leone are “now struggling to purchase food or even going without the food they once produced for themselves”. Reports of this kind prove that the destruction of forests disrupts peoples’ lives. It is an urgent social and human rights issue and not just an environmental one.

Illegal logging is still a huge problem in Liberia, though it should not be anymore. In 2006, the government cancelled all existing logging contracts. It enacted a new forestry law, adopted a new policy and put in place new regulations. The legal framework looked promising. But it soon became evident that reform implementation and rule enforcement would be hampered by a lack of political will. The sad truth is that forest officials and private-sector companies tend to ignore the law.

For instance, in 2008 and 2009 government officers insisted on allowing companies to bid for contracts even though these companies did not meet the legal requirements for doing so. Even companies that had been barred from tenders by presidential order were allowed to take part. Logging contracts, moreover, were allocated in violation of the procurement law, which requires cabinet oversight.

In December 2008, a UN Panel of Experts warned in a report to the UN Security Council that “concerted efforts will be required to ensure that the forestry reform process continues so that the sector can contribute on a long-term basis to the development of Liberia”. The report pointed out breaches of the law, but the government ignored such information.

Concerns about failing reforms intensified in 2010 when the government allocated additional logging contracts. As I argued in detail at the time (Siakor 2010), these deals violated various laws. An audit that was commissioned by the government confirmed this fact in 2013. Nonetheless, not one of the government officials or logging companies involved has been held accountable in any way.

In 2011, several companies began to abuse private-use permits (PUPs) systematically. This is a special permit category which is supposed to allow small-scale land holders to sell timber on their land to logging countries. By 2012, however, PUPs covered more than 2 million hectares of forest.

President Ellen Johnson Sirleaf ordered an independent investigation and instructed the Ministry of Justice to prosecute those involved in the abuse of PUPs. However, no one was arraigned before a court by the time this essay was written in early September 2013. Instead, the legislature was considering amendments to the forestry law which would reward the same companies with more than $ 35 million in waived taxes and arrears.

The Liberian scenario is typical of Africa. Consumerism in Europe, the United States and emerging markets is driving the unsustainable exploitation of renewable and non-renewable resources. Corporate greed results in resource pillage while tax evasion and avoidance further exacerbate under-development in Liberia.

Governance tends to be weak in Africa. But that is only part of the problem. Political systems and structures in Europe, the United States and Asia facilitate the pillage of Liberian forests. The irony is that, while international companies exploit the country’s resources, western governments announce millions in aid to Liberia. They are feeding a vicious cycle of exploitation and hand outs.

“Africa’s resource wealth has been plundered and squandered. It has served the interests of the few, not the many”, is the recent assessment of the Africa Progress Panel (2013). The Panel, which is chaired by Kofi Annan, the former UN secretary-general, goes on to argue that “revenues that could have been used to improve lives have instead been used to build personal fortunes, finance civil wars, and support corrupt and unaccountable political elites”. According to the Panel, Africa loses “twice as much in illicit financial outflows as it receives in international aid”.

According to the UNDP, 84 % of Liberian people live in multidimensional poverty. They face deprivations in health, education and their overall standard of living. Liberia ranked 174th out of a total of186 countries listed on the Human Development Index in 2012. In this context, it provides very little comfort that the government felt compelled to state in 2011: “Liberians are healthier, better fed, have more income, consume more, are more literate and enjoy the greatest amount of freedom ever.”

Silas Kpanan’Ayoung Siakor is a community-rights campaigner who works for the Sustainable Development Institute in Liberia. He won the Whitley Award in 2002 and the Goldman Environmental Prize in 2006.
ssiakor@sdiliberia.org