A new book presents participatory methods in development research and projects. It has the makings of a standard. 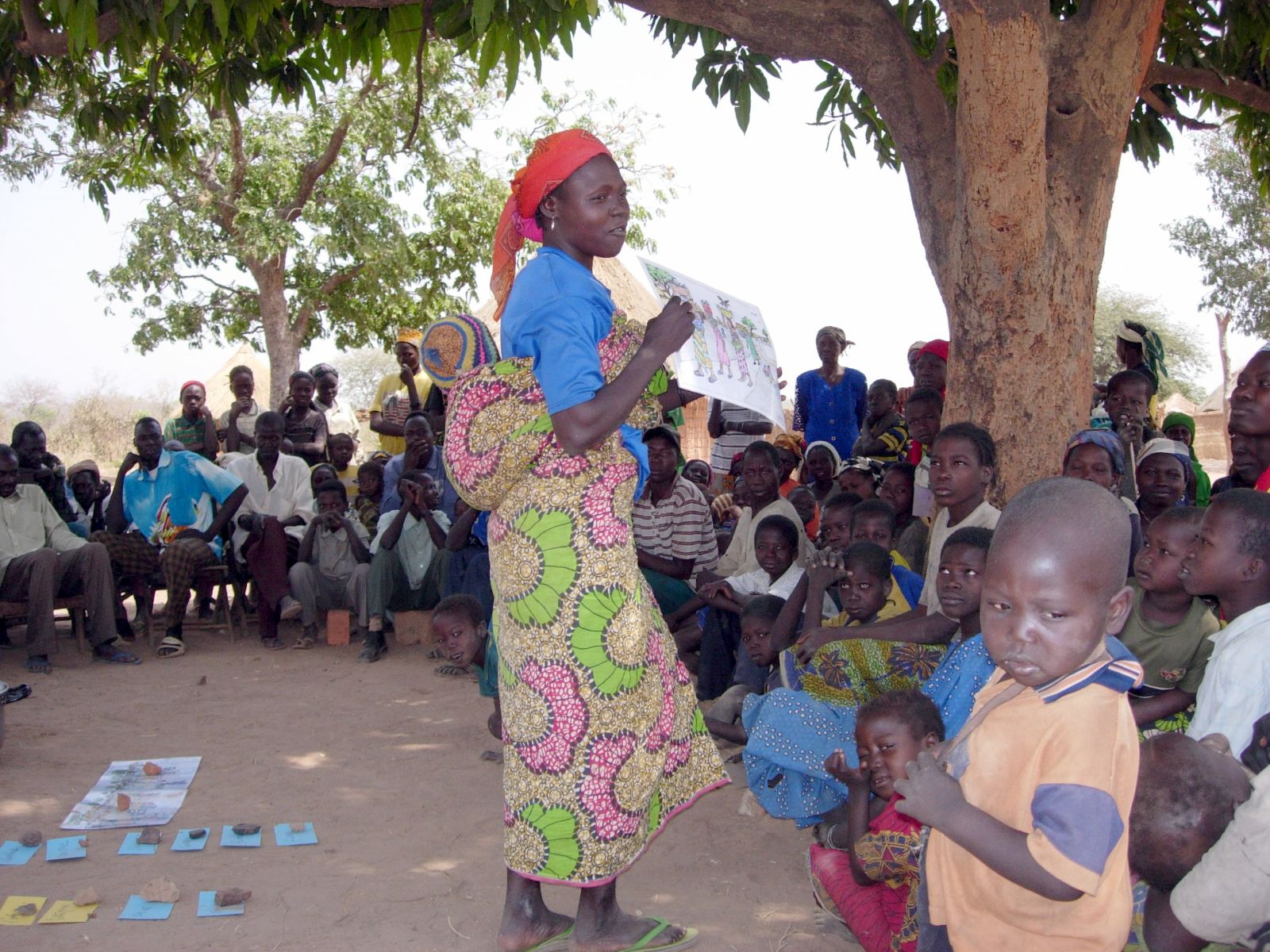 Bliss A woman reports from a village planning group in Chad.

Participation is a concept that is used especially frequently in development cooperation, but also leads especially frequently to misunderstandings. That is because the use of participatory methods in gathering planning data for a development project is often confused with the actual participation of the affected people themselves. The first is common, the latter much less so. The reason is that, for the vast majority of all development projects, the goals and allocation of resources have already been decided before participatory data collection takes place on site.

In the first of ten chapters, the authors discuss the concept of participation, and how it has become a cross-cutting issue in development assistance in recent decades. This discussion is followed by an overview of ever more fine-grained participatory survey and planning approaches, from rapid and rural to the general participatory appraisal. Whereas experts’ initial goal was to gather information about, for instance, the socio-economic conditions of a rural region as quickly as possible and with the involvement of all important actors, nowadays participatory methods are used in almost all development areas and situations.

The book also illustrates the use of participatory methods during the implementation of measures and during the subsequent evaluation. The reader must keep in mind, however, that participation almost always relates exclusively to the small details of a project whose execution has been determined in advance by someone else. Similarly, evaluators almost always make their ultimate assessments alone.

The main portion of the book consists in a methodology of participatory appraisals in the broadest sense. It is strongly shaped by personal experiences and is therefore particularly vivid. The team of authors presents, among other things, participatory research and consulting tools and discusses fields where they might be applied, such as work with the poor, children and young people or indigenous people. Thematic examples include land rights or the path from taking a participatory survey in a village to processing the results electronically.

Two short chapters on the question of participation and representation and partici­pation and ethics address important issues such as the protection of especially vulnerable people during participatory processes – particularly questions of anonymisation – and data protection.

Twenty practical tips summarise important technical advice and ethical requirements for applying participatory methods, whereas in the chapter called “Instead of a conclusion”, the authors call for more civil-society involvement in general, highlight the limits of participation in a representative democracy and, with regard to participation in the digital age, make a deliberately provocative gesture towards the idea of awarding political offices through selection by lot.

A 43-page bibliography supplements the most important sources, which were cited and commented on in the individual chapters. Thanks to its breadth and relevance, it represents a valuable resource for further work in this area. With their book, Schönhuth and Jerrentrup have made the best contribution so far, at least in the German language, to the question of the use of participatory methods and the role of participation in development practice. It will surely remain relevant for years to come.