Thailand is one of the countries that is most threatened by climate change. In 2011, this emerging market in Southeast Asia witnessed the worst flooding in decades. After an unusually long period of intense rainfall, almost a tenth of its territory was under water. 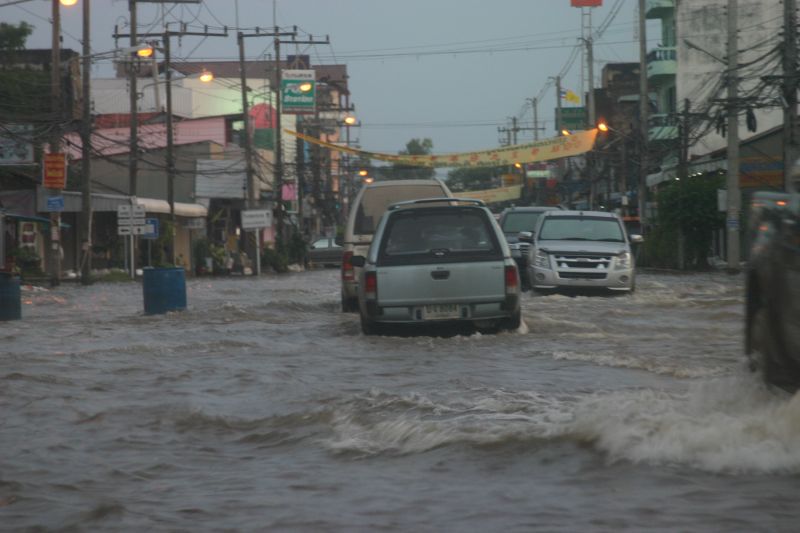 Over 13 million people were affected by “the flood of the century”. According to estimates, the damages amounted to $ 40 billion. The impact of the flooding was felt beyond the country’s borders. More than 9,000 factories had to close temporarily, making the world-market price of computer hard drives double, among other things.

Experience from around the world shows that conventional approaches to softening the impact of flood events, like building dams and polders, are expensive and often insufficient. Extreme events, which are likely to be exacerbated by climate change in the future, require more specialised tactics.

One promising adaptation measure is called Ecosystem-based Adaptation (EbA). EbA harnesses the power of ecosystems like river meadows, forests or wetlands to cushion the impacts of climate change for the good of societies. For instance, opportunities for water storage are used.

On behalf of Germany’s Federal Ministry for Environment, Nuclear Safety and Buildings (BMUB), the Gesellschaft für Internationale Zusammenarbeit (GIZ) is helping the Thai government to expand ecosystem-based measures. The management of river basins, as well as irrigation, have the greatest potential.

Adaptation projects like this one are undertakings with great political relevance. They always involve balancing a variety of interests. For example, implementing nature-oriented measures requires access to land that is currently being used in other ways. Farmers or private companies may lose usable areas and sources of income. However, from the civil-society viewpoint, such measures protect ecosystems and improve safety and the quality of life.

It is vital that project staff interacts thoughtfully with local people and affected interest groups and find their acceptance. The same applies to cooperation between the various agencies responsible for irrigation, forestry and water management.

Amart Suthamcharat, the director of Thailand’s Bureau of Water Resources Conservation and Rehabilitation, considers it “most important” that agencies “develop a sense of integrated planning for sustainable water management beyond their specific mandates”.

It is essential to be as flexible as possible. Flexibility can be achieved by increasing water-storage capacities, for example. That is useful for absorbing floods, but also in times of drought. One method used in Thailand was to build a sediment trap in the upper course of a water reservoir in the catchment area of the Huai Sai Bat River in the northeast. It has significantly reduced the sediment deposits in the retention basin and thus increased the water storage capacity.

The people affected were involved in every step of the process. The locals were in favour of the measure, even though the loss of valuable land hurt some of them. On the upside, there is now more water available to the general public, including for agriculture, so the regional economy has benefited.

The new, interdisciplinary approach to water management relies on innovative technology. A monitoring system that relies on drones was developed. For research purposes, a local university regularly flies drones over areas where meadows are being restored and wetlands protected. The researchers thus make visible the positive project impacts. The experience of local climate change adaptation informed the National Adaptation Plan (NAP), which is supported by GIZ too. Due to such efforts, future flooding and droughts will cause less damage.