Pakistan’s two richest provinces, Punjab and Sindh, expressly refuse to host internally displaced persons (IDPs), citing security concerns and lack of resources. Their approach clearly violates the human right of freedom of movement, which is appreciated by Pakistan in principle. In 2012, the central government even had an argument with the provincial governments over who was responsible for supporting IDPs. The tensions revealed an underdeveloped sense of federalism and a lack of institutional mechanisms to address emergencies. 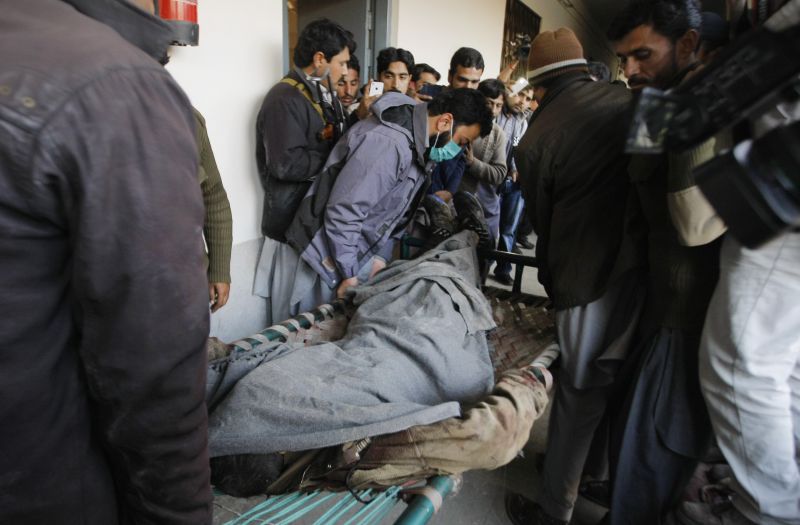 AP Photo/picture-alliance Militant insurgents are causing bloodshed – a university near Peshawar was attacked on 20 January.

When the 2012 floods hit, Punjab, the country’s largest province, had not even constituted a Disaster Management Authority – even though a national law of 2010 demanded that such authorities be established at federal and provincial levels. Another shocking example of governmental unpreparedness was a lengthy debate among state agencies concerning militant uprisings. Officials disagreed on whether a security operation was a “disaster” as defined by law. Some argued that flood-affected IDPs were entitled to protection, but those fleeing from internal strife were not.

The human-rights situation of IDPs in Pakistan remains grim. The UN Guiding Principles on Internal Displacement (1998) are routinely flouted or ignored. The Human Rights Commission of Pakistan reports that minorities have been moved between locations arbitrarily, and that the freedom of religion is often disregarded. After being displaced, for instance, a Hindu community was reportedly denied the lease of land. The reason was that the host population did not want a non-Islamic temple in their area.

Multiple reports by aid organisations, moreover, highlight the lack of effective care for pregnant women and those with special needs. More than 70 % of IDPs are estimated to be women and children. Children who are separated from their parents most often do not receive the counselling and support they require.

Women who head households find it difficult to register officially because the domestic registration regulations assume that every family is headed by a man. Furthermore, the authorities demand to see a valid computerised national identity card (CNIC) for registration. The snag is that hundreds of thousands of women in conservative rural areas have probably never left their homes to get CNICs. This is a blatant example of gender discrimination and violates human rights, human dignity and respect for family life.

IDPs in urban communities struggle to find jobs. Local authorities routinely communicate urban residents that they should not hire people who have fled from tribal areas. IDPs are largely excluded from participation in the political process – whether as voters or candidates. One reason is that voters’ lists are not kept up to date. Another reason is that many IDPs have lost their identity cards and other documents, which also means they are disenfranchised when it comes to returning home and resettlement.

It is ironic, to put it mildly, that the Pakistani state tends to treat Afghan refugees, almost all of whom are Sunni Muslims, more generously than IDPs. Issues that contribute to this state of affairs include the fact that some IDPs belong to religious minorities and that government agencies in Pakistan tend to be overburdened, underfunded and, all too often, dysfunctional. (wm)