Afghans feel left alone in view of US withdrawal

US President Joe Biden has announced that he will withdraw all military personnel from Afghanistan by September 11th this year. For Afghans, this is worrisome. 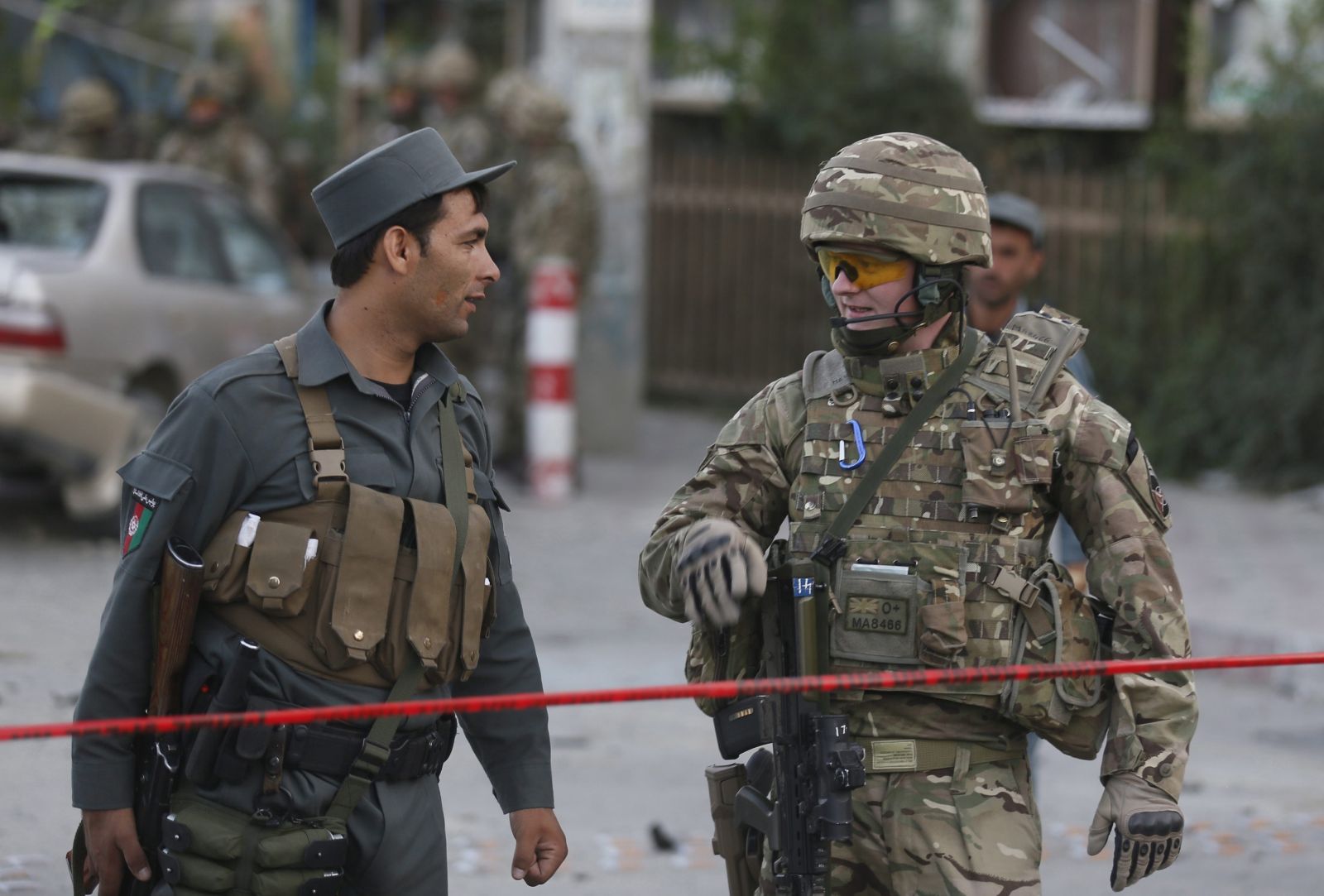 Jawad Jalali/picture-alliance/dpa Afghan police officer and US soldier in Kabul in 2015.

US troops have been in the country for 20 years. In 2001, the 9/11 terror attacks on New York and Washington had drawn the USA into war. Now President Biden says: “We cannot continue the cycle of extending or expanding our military presence in Afghanistan hoping to create the ideal conditions for our withdrawal, expecting a different result.”

Troops from other NATO member countries have been supporting the US-led intervention. The governments concerned have announced that they will also bring their soldiers home.

For Afghans, this is terrible news. They feel abandoned by the powers that promised to bring about a better future marked by prosperity, democracy and the rule of law. It does not comfort people that Biden considers these goals somewhat unrealistic. The concerns Afghans are now sharing on various media show that they expect the influence of the Taliban extremists to grow. Their Islamist government was toppled by the US invasion in 2001 and they evidently hope to return to power.

It is true, of course, that the international troops have not achieved what they were supposed to. Critics have a point when they argue that, given that Afghanistan does not have the strength to stand on its own feet after 20 years of heavy military, political and financial support, it hardly makes sense to simply extend that support. On the other hand, there has been civil, democratic and political progress in Afghanistan. Much – if not all – of it is now likely to be undone.

According to Biden, the main goal has been achieved since Afghanistan does not expose the international community to terrorist threats anymore. The president who launched the invasion had greater ambitions. “Our war on terror begins with Al-Qaeda, but it does not end there,” George W. Bush said in 2001. “It will not end until every terrorist group of global reach has been found, stopped and defeated.” None of the 9/11 terrorists were of Afghan origin, of course, but the Taliban had granted a safe haven to Al-Qaeda, the terrorist organisation led by Osama bin Laden.

The depressing truth is that Bush focused on fighting terrorists and criminals. That made the NATO presence ambiguous to Afghans. On the upside, it gave some scope for peaceful reconstruction and constructive development, but on the downside, special forces killed a great number of people in attempts to hunt down bin Laden. Innocent civilians died, and that did not help US troops to win “hearts and minds”.

Adding to the problem, western governments never came to grips with opium being Afghanistan’s main export commodity. It is, of course, an illegal drug, but merely “fighting crime” was not a promising approach in a context where the black economy offers many people the most promising livelihoods. It was, moreover, naïve to believe that corruption would somehow be contained in a country aflush with black money.

Under President Obama, the approach changed somewhat, especially after bin Laden was killed in Pakistan. Obama’s generals preferred counter-insurgency tactics to chasing terrorists, but their approach failed. Eventually, President Donald Trump started negotiations with the Taliban – and now Biden has decided to withdraw.

War has been tearing Afghanistan apart for 40 years. NATO was involved for only half of that time span. Nonetheless, this has become the longest war the USA has ever fought. Biden wants to end it. But will war end in Afghanistan?

History does not inspire optimism. When the Soviets left the country in the late 80s the result was civil war and an emergence of insurgent groups. Now that the US and its allies want to leave the country for good, one cannot expect a miracle to happen. Biden wants to focus on other global issues such as China’s growing military clout, Russian assertiveness and Iran’s nuclear programme. Things may go terribly wrong, however, and he may end up sending troops back to the country rather soon. That happened in Iraq when ISIS terrorism escalated there after the US military had pulled out.

Nawid Paigham is a political analyst and a PhD student at Berlin’s Humboldt University.
npeigham@gmail.com