The military has always played an important role in Indonesia. It was born in the people’s revolt against colonialism, but after independence a coup ushered in three decades of authoritarian rule. Nonetheless, the current government is now involving the armed forces in development-relevant sectors, including agriculture. 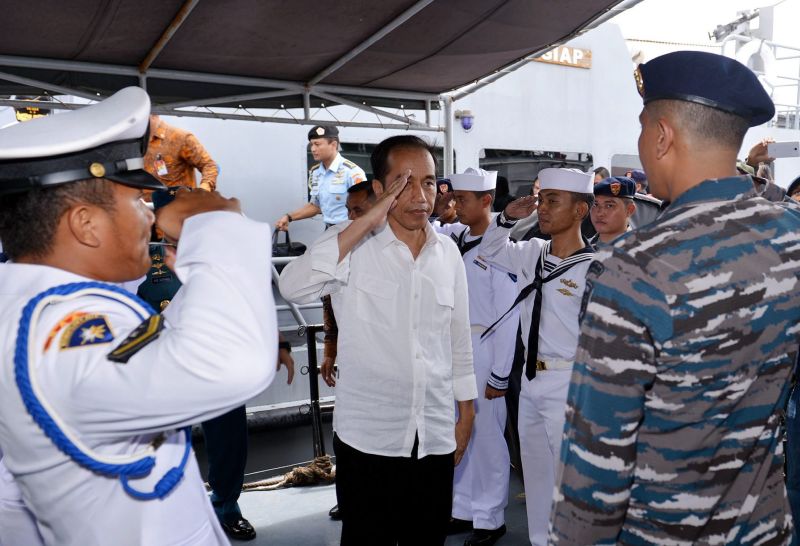 In 1965, General Suharto toppled President Sukarno, the leader of the independence movement, and launched an anti-communist campaign that probably claimed more than 1 million lives and traumatised millions. Human rights were not respected.

A popular uprising led to Suharto’s downfall in 1998, and successive governments adopted a “back to the barracks” policy. Unlike the dictator, they did not want to involve the military in domestic affairs. More recently, however, President Joko Widodo – commonly called “Jokowi” – has been taking a different approach. He sees scope for troops contributing to civic activities, including agriculture.

In 2014, soon after his inauguration, Jokowi promised to raise the military budget from one percent to 1.5 % percent of GDP if economic growth was strong enough. Last year, the military budget amounted to about 1.2 % or the equivalent of $ 8.2 billion. However, more money is at the armed forces’ disposal since they own many private-sector businesses.

Many Indonesians appreciate Jokowi’s new approach to the military. Indeed, restoring self-sufficiency in food production looks like a worthy goal. Others are uncomfortable however. They recall that some in the military and the “babinsa” (non-commissioned officers in villages) served as the long arm of the Suharto regime across the country and carried out orders over-zealously.

The core mandate of the armed forces is to protect the country from external forces. According to Nur Kholis, who heads the national Human Rights Commission, the government can also call on them if it considers internal security to be severely threatened. It is obvious, however, that Indonesia’s military personnel are only human and thus prone to mistakes. Put in positions of authority or forced to act under stress, they are just as likely to become abusive as any other persons around the world.

Agriculture is a sensitive economic sector. On some of Indonesia’s densely populated islands, the farms are quite small. Moreover, masses of landless rural labourers depend on farm employment. In most agricultural areas, only two harvests per year are possible. Nonetheless, Jokowi’s government is pushing for three harvests in the hope of fulfilling his target.

Two years ago, Jokowi gave the military a mandate to oversee agricultural production. This policy could easily backfire. Indeed, tensions were reported from some areas, including Aceh, a province with a history of unrest. In most cases, however, the frictions seem to have been resolved amicably. In some regions, a form of camaraderie was noted between the troops and farmers.

On the upside, Indonesia has not had to import rice for two years, and wheat imports have been reduced considerably. The government is promoting digitalisation and staple crop diversification. Both steps make sense. It would be wrong, however, to insist that farmers grow monocultures, rely on massive fertiliser inputs or buy genetically engineered seed from the US-based corporation Monsanto. It must not be forgotten that Suharto promoted a “green revolution” in the course of which many farmers got ensnared in debt and poverty.
Jokowi’s priority is to improve Indonesia’s economic outlook. Building infrastructure and food security are essential issues. It is reassuring that the president appears to have a grip on the military. He recently replaced top commander General Gatot Nurmantyo, who had shown political ambitions with air force chief Hadi Tjahjanto. The Air Marshal is known to be reform-oriented. He has spoken out on fighting corruption and making the military more professional.

The new top commander’s words must be followed up with action. Rogue soldiers have been known to work illegally for big private-sector companies and sometimes exert violence on behalf of those paymasters. Reports of such misdeeds show that Jokowi is doing a high-risk balancing act.