The IMF has learned the lessons of past mistakes. It has understood that it is unwise to micromanage national policies. Nonetheless, it could do more to fight poverty and reduce inequality.

last contributed to D+C/E+Z in summer 2018 as coordinator of erlassjahr.de, a German faith-based campaign that focuses on debt issues. 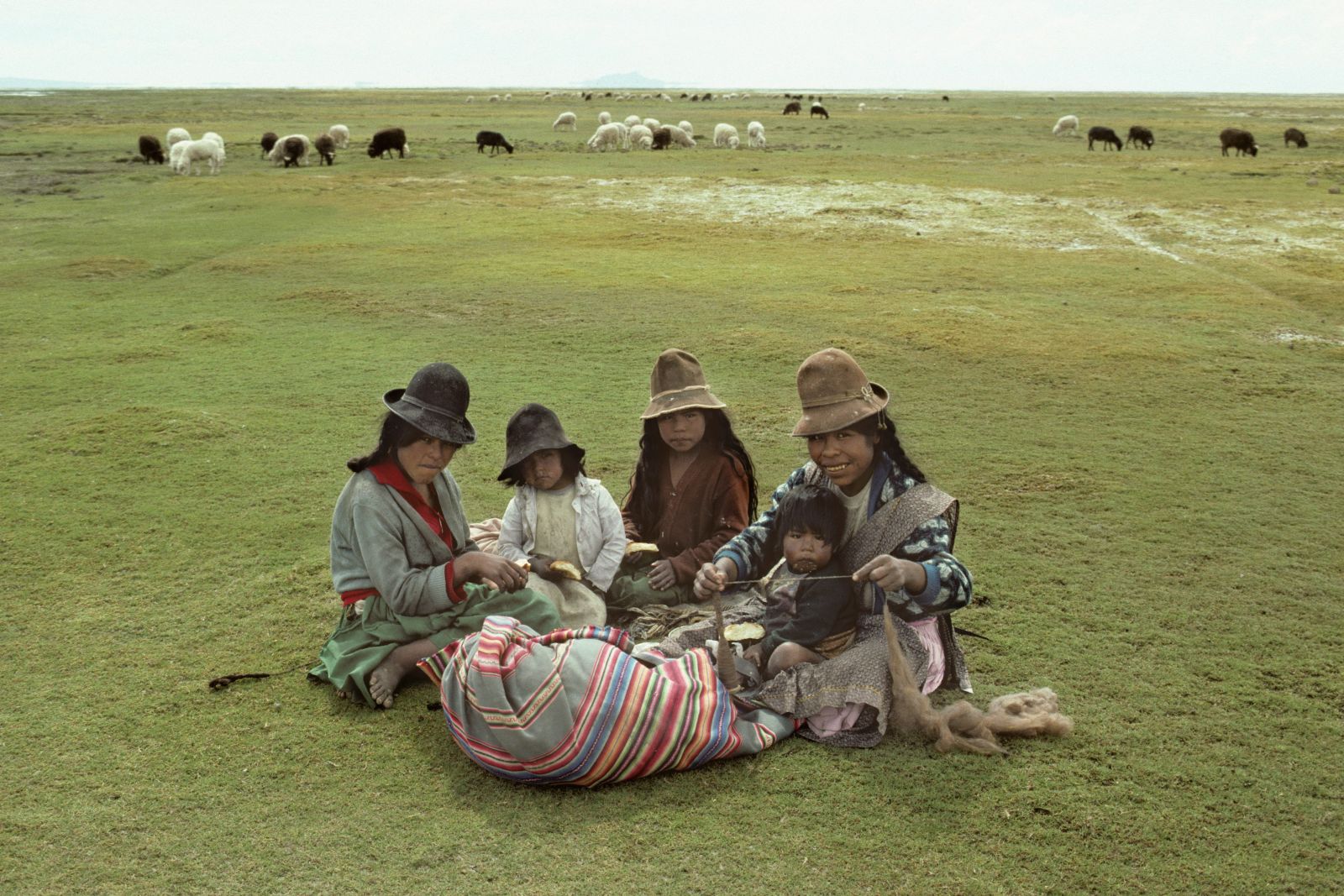 The provision of loans almost always goes along with conditions. Only among friends, if at all, is money lent with no strings attached. The conditioning of loans is therefore neither unusual nor objectionable.

A special situation arises, however, when sovereign states experience balance of payments problems. In such a setting, they need fresh loans from other governments or international financial institutions (IFIs). By definition, these are crisis scenarios. The solvency of the borrower is uncertain, so it needs to be safeguarded. Consequently, governments asking for credit must typically agree to comprehensive structural-adjustment measures. These measures are meant to restore their economic viability. All too often, however, such measures have failed.

Loans to restore solvency are not development finance. They do not relate to a specific project, but to macroeconomic exigencies. Loan conditions therefore do not apply to an individual project either, but to economic policymaking in general. Recipient governments must strive to improve economic performance and consolidate public budgets. According to the division of labour of IFIs and bilateral lenders, the International Monetary Fund (IMF) decides what these efforts should look like.

In the worst cases, countries are excessively indebted. If that is so, their fiscal capacity to act cannot be restored through new loans and adjustment measures alone. Debt relief becomes a necessity. As a precondition for debt relief, however, lenders typically demand even more structural adjustment.

In principle, a sufficient criterion for conditioning would be a government’s ability to service its debt again in the future. After all, once contractual obligations are met, every lending agency should respect the national sovereignty of the borrowing country. Indeed, the IMF does offer loans of this kind through its “Flexible Credit Line”. However, only a very small circle of potentially unproblematic borrowing countries are eligible.

In practice, adjustment programmes are geared to many things apart from future debt-servicing capability. The starting point is often to examine why a borrower has become insolvent. This question obviously makes sense. The problem is that it often becomes a gateway to demanding the restructuring of entire economies according to radical market-orthodoxy. Therefore, the conventional structural-adjustment programmes emphasised liberalisation, deregu­lation and privatisation.

The leading role of the IMF has proven problematic in many ways. Particularly in the 1980s and 1990s, when many structural-adjustment programmes were drafted, the Fund and its macro-economically trained experts took over the micromanagement of many sectors which they did not properly understand. For instance, IMF economists saw expenditure on primary-school education merely as costs, rather than as an investment in youth that gives opportunities to disadvantaged communities. Moreover, the fact that inequality harms economic growth was systematically overlooked. In the meantime, however, such criticism has even been expressed by IMF’s own Independent Evaluation Office (IEO).

Nowadays, the IMF commits to no longer define such granular adjustment programmes. In practice, however, it does not always seem to have stayed entirely true to its word. The dispute it is engaging in with critics over whether IMF policies worsened the Ebola crisis in Sierra Leone, Liberia and Guinea is awkward, to put it mildly. Yes, the IMF did force those countries to dismantle public health systems.

Generally speaking, however, it is evident that the IMF has accepted the charge that many programmes were inherently flawed. It has also acknowledged that it frequently demanded too many adjustment measures and that those measures were often overly complex. At the start of this decade, the Fund therefore pledged to reduce the number of policy-related conditions per programme. By and large that has happened. According to the latest IEO report, the number of conditions dropped from an average of 9.3 between 2003 and 2007 to just 6.2 between 2010 and 2017.

One of the core problems with conventional structural-adjustment programmes is the disproportionate cutting of social spending. When public budgets are slashed, the primary victims are disadvantaged communities who typically are not well organised. For instance, such communities include shopkeepers, people working in the informal sector, unskilled labourers, small farmers or the landless. Only very few of them receive transfers according to the model of western welfare states. Given that their social-protection benefits are tiny, budget cuts must affect masses of them in order to substantially contribute to consolidation. The same people, however, suffer indirectly when state expenditure on infrastructure is reduced.

The communities concerned rarely have constitutional means to fight policies that harm them. Therefore, their reactions tend to oscillate between apathy and violent resistance.

An almost classic criticism of structural adjustment is pointing out the dramatic cuts in the education and health sectors. In many cases, governments ended up spending less money on these essential services than on servicing international debts. The global debt-relief movement turned this fact into an effective narrative. It helped to bring about the debt relief initiative for Heavily Indebted Poor Countries (HIPC), which was launched in 1996 and enhanced at the G8 summit in Cologne in 1999.

As a matter of fact, many countries were stuck in a debt trap at the end of the 1990s. This situation had been exacerbated by structural adjustment programmes. Changes to economic policy had not spurred economic growth, but all too often hampered growth. At the same time, on-going debt servicing remained unbearably expensive. It was not until the second debt-relief initiative, the Multilateral Debt Relief Initiative (MDRI), that the poorest countries were able to escape this trap. The MDRI started in 2005.

More recently, we have seen a debt-trap scenario in Greece. After ten years of crisis, conditionalities, bailouts and insufficient debt relief, EU lending countries seriously consider demanding that Greece generate budget surpluses until the year 2060 (or even, according to other calculations, until the 22nd century) so it can service its debt. Such policy ideas systematically over-estimate what structural adjustment can achieve. At the same time, they underestimate how much public spending on infrastructure and social policies contributes to growth. To some extent, these ideas remind one of ancient debt slavery. It is commendable that the IMF no longer supports such policies in regard to Greece.

The G8 summit in Cologne in 1999 launched the HIPC initiative and decided to modify adjustment programmes. While the conventional adjustment goals were not changed, they were supplemented with the demand that the countries concerned had to draft a Poverty Reduction Strategy Paper (PRSP).

This approach led to real success stories in many places. One example is Bolivia, where the people were involved in designing policies. In cases like this, power relations within society changed. However, a recent study (Sembene, 2015) found that the PRSP approach hardly made a difference in sub-Saharan Africa. Neither absolute poverty (assessed by the income of the poorest fifth of the population) nor inequality were reduced there.

The conventional structural-adjustment approach of the 1980s assumed that a certain degree of inequality would boost economic performance and thus drive growth. While giving partial evidence of individual incentives, the aforementioned study shows that great inequality actually inhibits growth. In macroeconomic and socio-political terms, excessive inequality is definitely harmful.

In the meantime, the IMF has modified its discourse. While it still insists on cutting too-broadly conceived social spending, it now wants the savings to be used for two purposes: Fiscal consolidation is first, but the second is better targeted social programmes in support of the most vulnerable people.

Better focused social policies actually make sense. The truth is that social spending all too often primarily benefits middle classes and the elite. One example is fuel subsidies, which especially benefit those who use a lot of energy – for instance the owners of large cars. However, official statistics are unreliable in many countries, so the IMF can hardly demonstrate the efficacy of more targeted social services.

The IMF has certainly learned some lessons from its mistakes. However, there are alternatives to its policies. Both civil-society organisations and multilateral institutions like the ILO (International Labour Organization) or the UN Economic Commission for Africa, have suggested other approaches. While appreciating that deficiencies in a country’s governance and its social and economic policies can cause problems and lead to excessive debt, the alternative approaches emphasise that these problems could be solved by other than market-orthodox measures (see box).