Mexico has adopted a pioneering soft-drink tax to reduce obesity and diabetes. But the industry lobby is fighting back. It is even resorting to spyware.

last contributed to D+C/E+Z in winter 2018/2019 as a freelance journalist from Latin America. 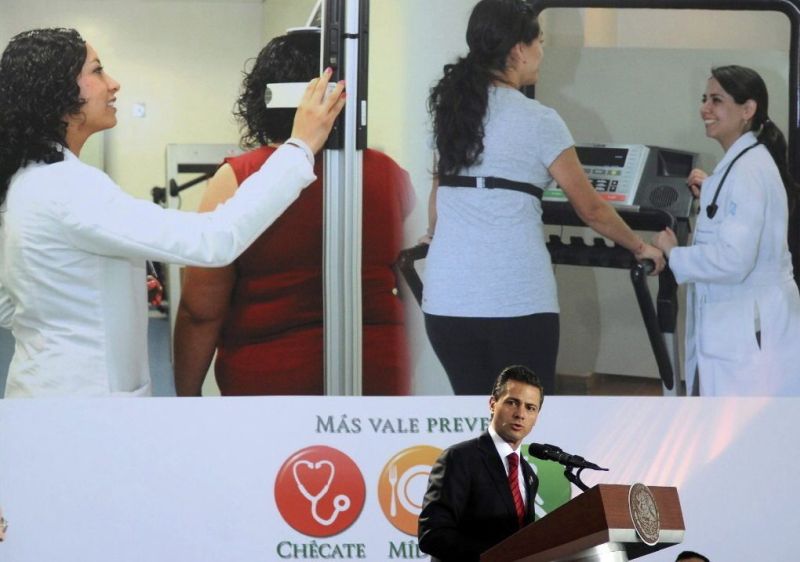 On 17 August 2016, Simón Barquera received a text message that his daughter had just had an accident and was in critical condition. The message contained a link that supposedly gave information about the hospital where she had been taken. But it was a trap. If Barquera, a respected health expert with Mexico's National Institute for Public Health, had clicked on the link, it would have installed spyware on his smartphone. It was the latest message of this kind in an entire series. All in all, Barquera received nine messages with infected links, according to a report from the Citizen Lab at the University of Toronto.

Mexico’s sugar war is now being waged on the digital front. Attacks are being launched against health experts and activists who advocate for stricter laws and regulations because they want to prevent obesity and diseases like diabetes. Other leaders who got messages with infected links are Alejandro Calvillo, the founder of the consumer protection organisation El Poder del Consumidor (The Power of the Consumer), and Luis Encarnación of the network Coalición ContraPESO (Coalition CounterWEIGHT).

At a recent news conference, the three men demanded that unhealthy products should be marked in an unambiguous way and that Mexico’s soft drink tax should rise. This innovative tax was introduced in 2014 as part of an overarching strategy. Consumers currently pay a tax of one peso per litre, or about a tenth of the purchase price, on sugar-sweetened beverages like Coca-Cola and other soft drinks. Soft drinks are a billion-dollar industry, and companies are fighting back.

In Mexico, soft drinks are as much a part of everyday life as meat and fast food. Mexico leads the world in per-capita consumption of sugar-sweetened beverages: on average every Mexican drinks 163 litres of so-called “refrescos” per year. That’s almost half a litre a day.

The country also has some of the highest rates of obesity and diabetes in the world. According to a UN report, over two-thirds of adult Mexicans are overweight or obese. Mexico has even surpassed the US as the country with the most overweight people. According to the OECD, Mexico has the highest diabetes rates of any developing country. Diabetes and heart diseases are among the leading causes of death.

Even young children are overweight or diabetic, and some suffer from related diseases like strokes or kidney, retinal and nerve damage. Obesity figures are beginning to plateau, according to Barquera, but he admits that “recent studies indicate that we still have not succeeded in containing the problem”. In his view, Mexico’s future depends on its ability to enact effective health policies and encourage people to adopt healthier lifestyles.

Low-income families in particular lack information about good nutrition. They also lack the time and money to buy healthy food and cook meals themselves. The problems get passed on to the next generation. Abelardo Ávila Curiel from Mexico’s National Institute of Nutrition assessed his country’s obesity problem as “a serious epidemic” in an interview with CBS. “Among the poor we have overweight parents and malnourished children,” the expert said. “The worst aspect is that children are being programmed to be obese.”

The marketing of soft drinks has been very successful. Companies like Coca-Cola and PepsiCo spend billions every year to make sure their drinks become an integral part of daily life for children, minorities and low-income people. Their distribution systems reach remote villages. Aggressive marketing campaigns guarantee bulk sales. The corporations are involved in political lobbying and fund research that glosses over the impacts soft drinks have on consumers’ health. In order to improve their image, companies also finance social campaigns or sporting events.

Coca-Cola has been producing and selling its soft drinks in Mexico since 1926. In the 1950s, the company began expanding its market share with aggressive advertising. “By the 1970s, sodas were well established as components of daily cultural life,” health expert Marion Nestle writes in her book “Soda Politics”. The company’s influence extends to Mexico’s power elite. Vicente Fox was the head of Coca-Cola’s Latin American operations before he was elected Mexican president in 2000. During his time in office, the company became the market leader and almost doubled its sales.

The target groups of the beverage manufacturer include indigenous people, who often suffer discrimination, poverty, under- and malnourishment. Most are poorly educated and lack opportunities. Soft drinks are available in villages that lack basic amenities such as schools, clean drinking water or internet access. In San Juan Chamula, a village in southern Mexico, the Tzotzil people have even made Coke bottles part of their religious ceremonies. Belching after drinking apparently dispels evil spirits.

In 2015, just before Christmas, Coca-Cola released an ad that was intended to decry discrimination against indigenous peoples, celebrate diversity and togetherness instead. The ad showed a group of young, slim, fair-skinned people handing out party decorations and Coca-Cola as presents in an indigenous village in southern Mexico. The video went viral – but not for the reason the beverage manufacturer had hoped. Thousands of Mexicans complained about the ad’s colonialist attitude. They also disagreed with the idea that consumption was a solution to the problem of social disparities. Consumer protection organisations denounced the video as an “attack on the dignity” of indigenous peoples. The company apologised and withdrew the ad.

According to Barquera, information concerning the health crisis is spreading all over Latin America, with people organising on social media, for example. The problem is that the other side is running digital campaigns as well. “Unfortunately, those who oppose health policies that would serve the common good have larger budgets so they can neutralise social-media activism,” the researcher regrets.

He says that campaigning has made a difference in some Latin American countries, but so far there has not been a coordinated, international push to implement the UN recommendations on sugar. The beverage industry, moreover, has proved unwilling to respect policy measures aimed at reducing obesity.

Industry compliance remains a pipe dream. Mexico introduced the national strategy to prevent and control obesity and diabetes in 2013 and passed the soft-drink tax in this context in 2014. To a large extent, however, the strategy expected the food industry to cooperate voluntarily. Moreover, it has numerous loopholes.

“Mexico lacks strict regulations on food and drink advertising that targets children,” Barquera points out. He also calls for labelling that would allow consumers to quickly see whether a product is unhealthy and why. In his view, it would make sense to ban ads for unhealthy food and drinks near schools. He proposes government campaigns to promote drinking plain water rather than sweetened sodas. Promoting physical exercise would be helpful as well. Furthermore, Barquera believes that more must be done to prevent diabetes and to help diabetics manage their disease.

According to Barquera, beverage manufacturers, especially the multinational ones, present the greatest obstacle. They are fighting fiercely to undermine political efforts to reduce Mexico’s sugar consumption. “These companies have exerted pressure on Congress, they have tried to infiltrate decision-making bodies, and they fund foundations that support their positions.”

Despite all that, Mexico’s sugar tax is considered a success. A study published in early 2016 in the medical journal BMJ offered proof that the tax has had a positive effect. By December 2014, purchases of taxed soft drinks had declined by 12 %. Low-income households were the most likely to change their consumption habits in response to higher prices. The authors emphasised, however, that continued monitoring is needed to understand consumer behaviour and health impacts over the long term. Moreover, surveys should be done to see what alternative beverages people opt for when they find soft drinks too expensive.

Research has shown that the soft-drink tax has not had a negative impact on the economy. There have not been mass redundancies, which was one thing the industry had claimed would happen.

Beverage manufacturers and other countries are keeping a close eye on developments in Mexico. The tax may well become a model if it can be shown to work. In the fall of 2016, Britain announced that a sugar tax, the “Soft Drinks Industry Levy” (SDIL), would go into effect in 2018.

Arantxa Colchero, M. et a, 2016: Beverage purchases from stores in Mexico under the excise tax on sugar sweetened beverages.
http://www.bmj.com/content/352/bmj.h6704