Disabled people in Togo have a hard time getting admitted to schools and finding jobs. Many end up begging on the streets. Civil-society organisations have been fighting for disabled persons’ rights for years. Their activism is now bearing fruit. Change is on the horizon. 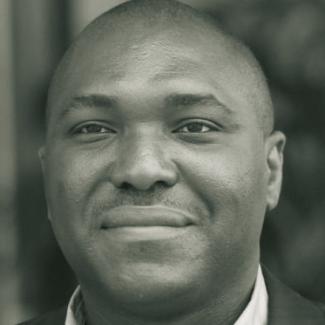 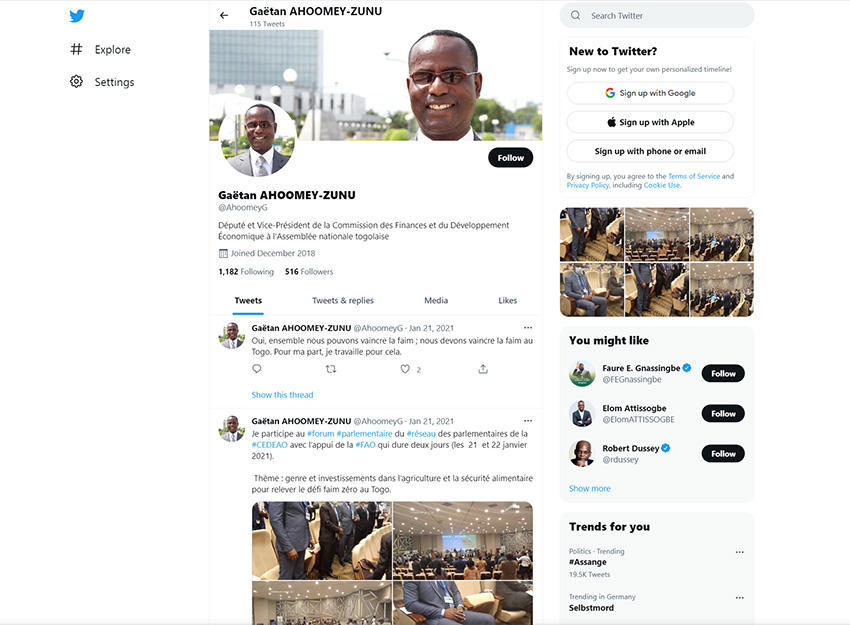 Twitter Gaëtan Ahoomey-Zunu is the first parliament member in Togo with a disability.

It took two attempts, and one failed. However, a man with a disability was indeed elected to Togo’s parliament in late 2018. Gaëtan Ahoomey-Zunu succeeded in convincing voters in the northern districts of Lomé, and now represents them in the National Assembly.

The fact that someone with such a handicap was elected to the National Assembly is noteworthy. Jérémie Vidja, another visually impaired politician, ran in 2013, but did not win a seat. How people perceive persons with disabilities has changed.

That is not true everywhere yet. As is true of many African regions, parents typically blame a child’s disability on a curse. They believe that is the reason why someone is born with a handicap or becomes physically or mentally impaired in the course of their life, even if the obvious cause is an accident or illness.

Disabilities as a burden

Children with disabilities are an enormous financial burden on a family. Governmental social-protection is inadequate in Togo, so parents get no material or financial support (see my previous contribution on www.dandc.eu). Very few have the courage to stand up to the discrimination their children face daily. Many struggle to give disabled children self-confidence. Parents thus often fail to ensure their kids enjoy social and professional inclusion.

Many children with disabilities do not even attend school, in spite of clear evidence of school benefiting both the children and their families. Attending classes boosts disabled children’s development, so they become less likely to end up as beggars on the streets of large cities.

The first schools for children with visual and hearing impairments were established in Togo in the 1970s. German non-governmental organisations played a foundational role, helping to bring about an intellectual elite that today includes people with disabilities.

The outstanding academic achievements of the pioneers and their hard-won professional careers opened people’s eyes to the considerable potential of people with disabilities. In the past ten years, the government has begun to prioritise inclusive education as well as access to the labour market. That is part of the effort to achieve the Sustainable Development Goals (SDGs) by 2030.

In 2021, some 20 teachers with a command of sign language and Braille were assisting 7139 children with disabilities in school. Equipped with motorcycles, these teachers each visit four to five villages a day. They support disabled children in class for a few hours. If those kids are at risk of dropping out, the teachers reach out to the parents.

Unfortunately, dropping out is common. Relevant causes include long and difficult journeys to school as well as inadequate access to learning materials.

So far, the number of mobile teachers is too small to support every child with a disability. Government statistics show that 13,282 children with disabilities were identified as being at risk of dropping out because their low-income parents cannot afford the high costs associated with sending a disabled kid to school.

Nonetheless, Togo’s government deserves appreciation for focusing on inclusion in education. It is a major progress that the budget now includes funding for school needs of children with disabilities. Parents – and, of course, graduates with disabilities – will have to keep campaigning to protect that budget item and, if possible, increase it.

The vision of an inclusive labour market

It would make sense to introduce a quota system for employees with disabilities in the public sector as well as large private-sector companies. Legislation will be necessary. In December 2020, a law took force that forbids employment discrimination against college graduates with disabilities. However, nothing guarantees employers’ compliance. The situation is difficult, given that the unemployment rate is generally high. According to data from the National Institute of Statistics, 35 % of the entire working-age population was unemployed in 2018.

The Covid-19 crisis and subsequent inflation have made matters worse. Many struggling companies have failed. Employers now do not prioritise hiring persons with disabilities. They prefer people who are not disabled, believing they will be more productive.

The public sector is currently hardly hiring either. In view of excessive sovereign debt, the International Monetary Fund (IMF) is insisting on austerity.

College graduates with disabilities feel excluded from the labour market and there is no specific financing system to support their entrepreneurship. Accordingly, some are joining in protests against the government.

Fovi Katakou, a young man with multiple disabilities, has become famous in West Africa for his opposition to Togo’s government. His ten-day imprisonment at the end of 2021 attracted attention. His offence was that he had dared to criticise the government on social media.

The son of a math teacher and a businesswoman, Katakou received support from his parents. Despite his handicaps, he manged to complete school and graduate from university. He has a degree in sociology. For ten years or so, he has been posting items on social media discussing poverty and political repression in Togo. He has become a media personality because many journalists have interviewed him.

As a high-profile activist, Fovi Katakou is exposed to repression. Togolese authorities do not shy away from imprisoning the wheelchair user for his statements or his participation in rallies. On the other hand, his bravery in confrontation with the state has indisputably made him popular in Togo.

He represents a new generation of people with disabilities. They no longer want to limit themselves to begging in the street or receiving aid from charities. In spite of their physical limitations, they want to use their intellectual capabilities. They want to build a free and just country in which no one is excluded because of poverty or disability.