The new book by two of the economists who won last year’s Nobel Prize is quite radical. Abhijit Banerjee and Esther Duflo call for a paradigm change. They want their profession to consider empirical reality rather than indulging in fictional models. In particular, they resent TV economists who sell distorted platitudes as deep insights. 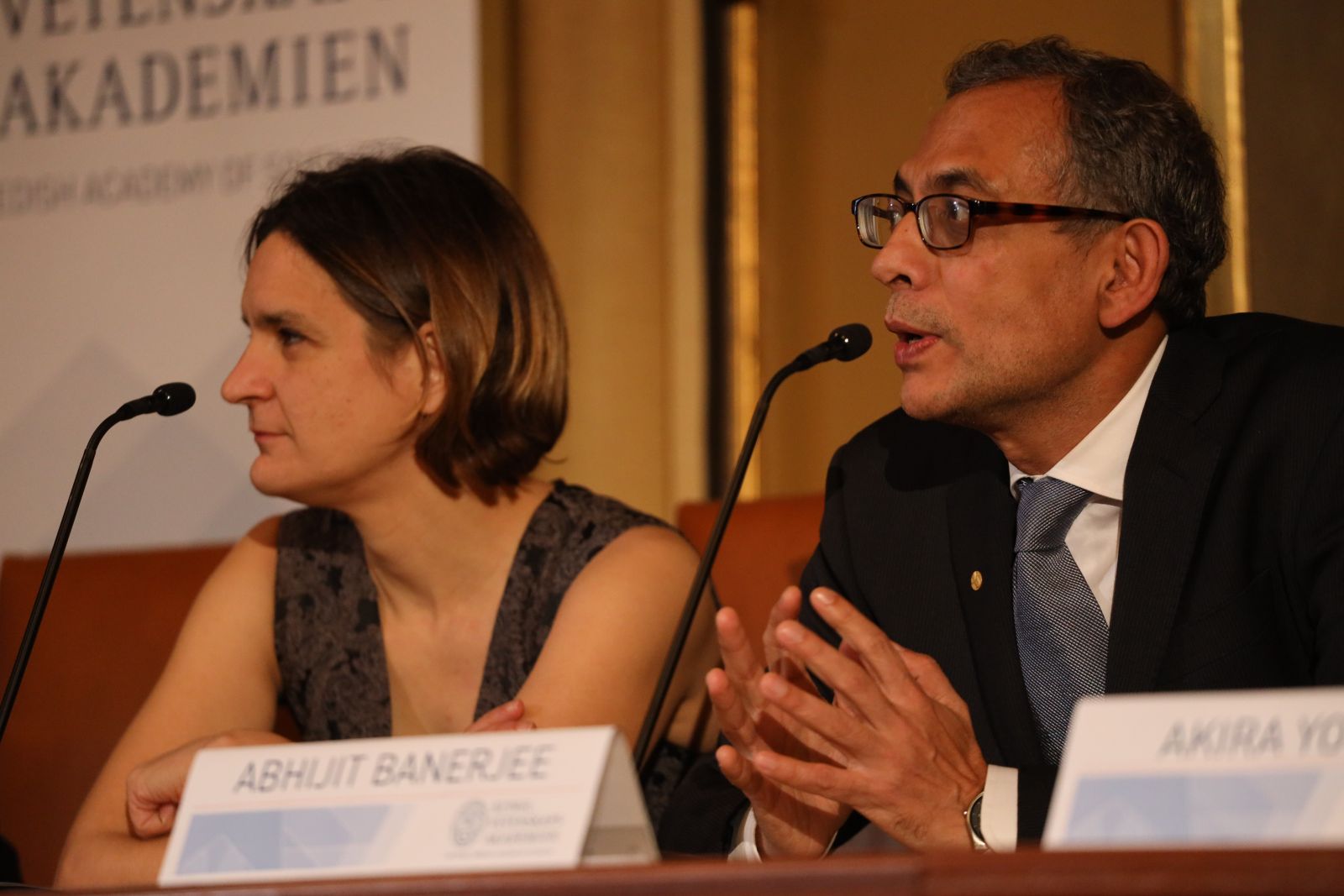 Karl Schöndorfer/picture-alliance/APA/picturedesk.com Duflo and Banerjee in Stockholm in 2019.

The book’s title is “Good economics for hard times” and the subtitle is “Better answers to our biggest problems”. The two professors from the Massachusetts Institute of Technology (MIT) wrote the book before winning the Nobel prize last year. In it, they argue that economists should be like plumbers who solve problems society is facing. In their eyes, their colleagues put too little effort into doing so, but focus too much on explaining models and methodology to peers. The result is that what the general public believes is standard economics is often outdated and wrong. Empirical research actually proves wrong many of the platitudes that constitute the conventional wisdom. Supposed experts reiterating it on TV often serve vested interests.

One example is migration. It is widely believed that the immigration of unskilled foreign workers increases labour-market competition to the detriment of unskilled domestic workers. The scenario is used to explain xenophobia. As Banerjee and Duflo point out, the empirical reality is normally quite different. Unskilled immigrants typically do work that people from the host country refuse to do. Moreover, immigrants do not only earn money in a zero-sum game that would mean someone else is deprived of that money. Immigrants are consumers who increase aggregate demand, which in turn creates new opportunities. When immigrants join established teams, moreover, some of their domestic colleagues typically rise to a higher rank in the company hierarchy.

The two Nobel laureates find it irritating that, in conventional economics, labour is a mere commodity, with pay being the only thing that supposedly matters to employers and employed. Once again, the empirical reality is different. Labour relations are always personal relations, and trust is essential.

Moreover, people do not only work because they need money. Work has a bearing on people’s sense of identity, self-confidence and self-esteem.

This has implications for social-protection policies. The conventional wisdom is that unemployment benefits and other forms of governmental support for poor people thwart recipients’ willingness to work. Once again, the empirical evidence speaks a different language. Banerjee and Duflo insist that human beings want to do something meaningful.

According to the conventional wisdom, growth is the all-important policy goal. The two MIT scholars disagree. While least-developed countries which generally lack resources do need growth, it has not made a difference in most people’s lives in rich nations in recent years, since only a privileged few raked in the profits. Banerjee and Duflo insist that people matter – and that policymakers should focus on increasing welfare, not gross domestic product.

Another cliché is that market dynamics always deliver better results than government action. Reality is more complicated. As the scholars point out, government agencies perform better in some fields. For example, government schools are needed to ensure opportunities throughout a nation because private schools tend to cater only to privileged communities.

At a very fundamental level, Banerjee and Duflo disagree with the idea that a person’s preferences are fixed permanently. This fiction is useful because economic theory is to a large extent based on the notion of homo economicus – an entirely rational being that maximises personal utility. In truth, people keep changing their minds about many things. They are influenced by who they interact with, by the media and by various kinds of trends and fashions. Preferences are therefore not sacrosanct, write Banerjee and Duflo, and there is no reason why policymakers should accept them as such.

The book benefits from the fact that Banerjee is from India and Duflo from France, with both working in the USA. They have a good understanding of both advanced nations and developing countries. Their work deserves wide attention. It should be made required reading for undergrad students of economics. Policymakers who prefer economists’ advice to those of other experts should read it too.

That said, the approach Banerjee and Duflo take is almost entirely based on a single research method: randomised controlled trials (RCTs). RCTs test how a specific intervention affects a specific community by collecting data from one group of people who are exposed to the intervention and another who are not. If the two groups are otherwise very similar, different outcomes are obviously caused by the intervention.

Developing and using this methodol-ogy has made the married couple prominent. They have applied it extensively to find out what works best in the fight against poverty. That kind of work is what they won the Nobel Prize for. On the other hand, some of the things they reveal by the means of RCTs have long been understood by other social sciences. Psychologists have known for decades that work and self-esteem are closely interrelated. Sociologists and political scientists have argued for a long time that markets do not respond to human need, but only to purchasing power.

To a large extent, the merit of Banerjee’s and Duflo’s work is not to discover these things, but only to prove them in a way other economists will find hard to deny. That is important, of course, because economics is the politically most influential social science. Unfortunately, TV economists peddling platitudes are unlikely to pay attention.