The European Association of Development Research and Training Institutes (EADI) will hold its 14th General Conference in Bonn, Germany, this June. The conference will explore tangible ways for the international community to bring together its development and environmental goals. 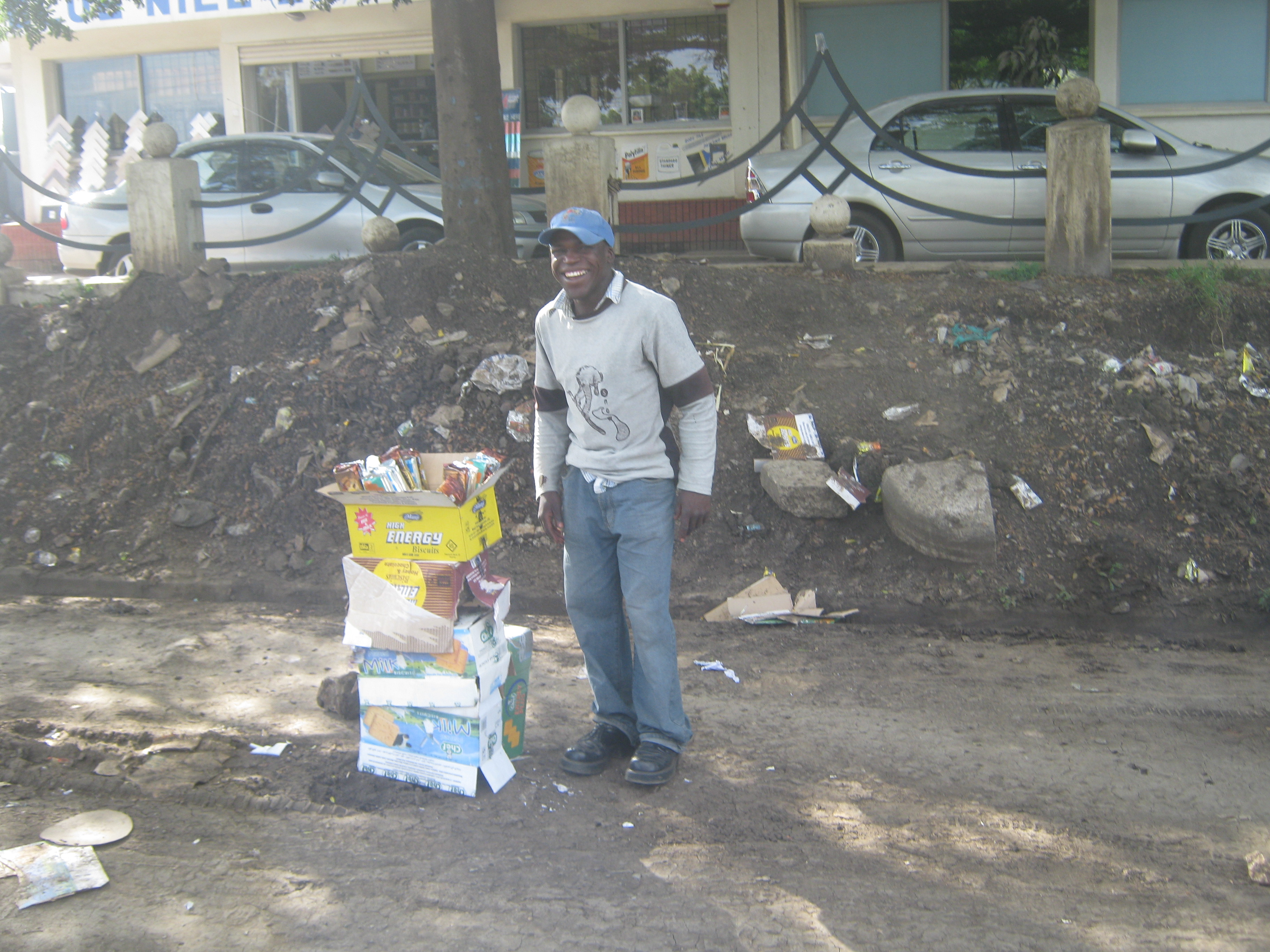 Dembowski The developing world’s rising middle classes do not show much concern for the poor so far: street vendor in Nairobi.

European development scholars and their guests from developing and emerging-market countries will discuss this year’s topic, "Responsible Development in a Polycentric World: In­equality, Citizenship and the Middle Classes", at the EADI conference in Bonn. The intent is not to add new goals to the United Nations’ post-2015 development agenda. Instead, experts from the field of development studies will consider how the post-2015 agenda can best be implemented in the coming decades. Recon­ciling development and environmental goals is a central concern.

Whether these goals can be achieved depends in large part on the middle class. The rising middle classes in newly-industrialising countries want to imitate the energy-intensive lifestyles of consumers in "old" industrialised countries. This desire is perfectly understandable and legitimate. But the increasing prosperity of several hundred of millions of Chinese, Indians, Indonesians, Brazilians, Mexicans and others creates new challenges both for development policy and global en­vironmental policy.

Advancing globalisation and technological rationalisation clearly put pressure on portions of the "old" middle classes, who are threatened by job loss and social decline. In most of the member states of the Organisation for Economic Co-operation and Development (OECD), real wages for the middle classes stagnated in the 2000s and have even decreased since the global financial crisis of 2008. In contrast, the upper and middle classes of emerging economies grew during the same time period. These groups have experienced historically unprecedented increases in income.

Therefore it is not surprising that the "old" middle classes are asking their governments why they continue to invest tax revenue in international development. The middle classes of industrialised countries think that the growing middle classes in emerging markets should do more to help their fellow citizens who live in poverty. However, the new middle classes do not seem to feel responsible for those in need. Responding to the changing fortunes of recipient countries, the United Kingdom will phase out official development assistance (ODA) to India, and Germany stopped giving money to China in 2009. For most OECD member states, the goal of spending 0.7 % of the national economic output on ODA is becoming more and more unattainable. The southern
European states hit hardest by the financial and euro crises are spending even less on ODA.

But what does it mean for the goal of reducing poverty worldwide if OECD member states are cutting back on aid and the middle and upper classes of the affected recipient countries are not (yet) taking responsibility for their poorer neighbours? Can the gap be closed with new global taxes (like a tax on international financial transactions) or by curbing tax evasion in OECD, in newly-industrialising and in developing countries?

Income inequality has worsened in most countries since the end of the Cold War and the subsequent spread of economic globalisation. At the moment, the global economy is not following the path described by the Kuznets curve. According to this model, a country’s economic development first causes inequality to increase, then later decrease. At lower income levels, income distribution is relatively even. It becomes more unequal as a consequence of advancing industrialisation and capital accumulation. Once a country has reached a high level of industrialisation, effective taxation and social policies cause inequality to even out. If extreme poverty is to be eradicated worldwide by 2030, this path of development, typical of industri­alised countries, must be replicated on
a global level.

The environmental policy of OECD member states also follows a Kuznets curve. When countries begin to develop economically, the environment is still intact. It sustains increasing damage as a result of industrialisation, mass motorisation and unsustainable patterns of consumption. In response, highly-developed societies carry out effective protection measures that allow the environment to more or less recover. An environmental Kuznets curve cannot (yet) be detected on a global scale. Effective global governance is needed to preserve the global public goods that are currently being threatened (climate, biodiversity, etc.). Steering the global economy onto a more sustainable path of development depends in large part on the "new" middle classes. They must review and modify their consumption habits as quickly as possible in order to prevent environmental damage and social catastrophes.

Authoritarian governments like the Chinese will likely find it easier to implement sustainability imperatives and environmental agreements in the public and private sectors. They are also better equipped to reign in their citizens’ energy-intensive consumption habits. It is more difficult for democratic governments to convince the middle classes to change their behaviour in the interest of sustainability. But in order to slow climate change and prevent further loss of biodiversity, it is vitally important that all people above the poverty line bring their consumption within the limits of the global ecosystem. It remains unclear who should ensure an equitable distribution of resources, both within societies and internationally, and how this should be done. The super-rich also have a role to play, though they often escape the scrutiny of empirical research.

The parallels between socio-political and environmental challenges in industrialised and newly-industrialising countries will be a central focus of the EADI conference in Bonn. More equitable and sustainable development can only be achieved worldwide with the help of the new middle classes in emerging economies. The "old" middle classes in OECD member states must take a leading role and provide a model of sustainable ­production, ­consumption and lifestyle choices. The conference’s concluding plenary will address possible forms of international cooperation. The speakers will discuss how the old and new middle classes, their governments and civil society organisations can work together and share expertise in order to reduce poverty and achieve sustainable economic development.

The issues presented above will not be the sole focus of the EADI conference. 23 working groups will examine a wide range of development topics and share and invite comments on their findings during the event. Other programme highlights include celebrating EADI’s 40th anniversary and the German Development Institute`s (DIE) 50th anniversary.

Jürgen Wiemann is the vice president of EADI and was deputy director of the German Development Institute (DIE) until 2009. He is now retired but still affiliated with the DIE as "associate fellow".
juergen.wiemann@DIE-GDI.de