A recent study published by Welthungerhilfe and terre des hommes assesses whether food fortification is an adequate means to eradicate the malnutrition that haunts developing countries. 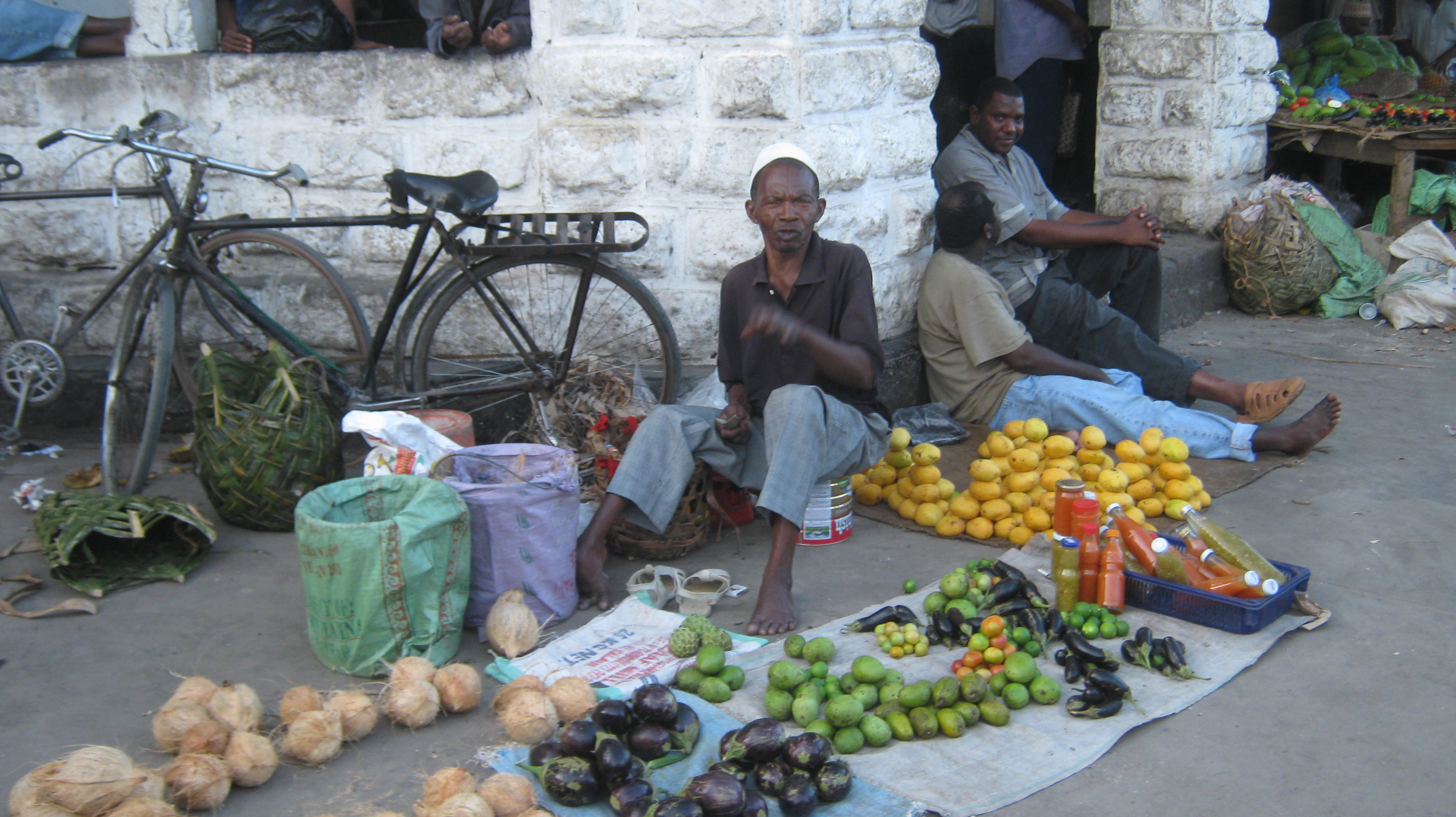 Dembowski A diverse diet is the best way to avoid micronutrient deficiency: selling vegetables in Zanzibar.

More than 2 billion people worldwide have an inadequate intake of micronutrients, according to the UN Food and Agriculture Organisation (FAO). They do not suffer hunger, but health-relevant vitamins and minerals are missing in their diet nonetheless. This phenomenon is called “hidden hunger”. However, malnutrition may also result in obesity. According to Welthungerhilfe and terre des hommes, lacking micronutrients account for ten percent of the global disease burden. The research results show that iron, vitamin A and iodine deficiencies are particularly common. Deficiencies of vitamin A and zinc cause nearly 300,000 deaths of children under five annually, and 18 million babies are born mentally impaired due to iodine deficiency, the publication points out.

While micronutrient deficiencies are widespread even in industrialised countries, they are most common in developing countries. Pregnant women, breast-feeding mothers and young children are especially vulnerable to hidden hunger, basically because they have a comparatively greater need for vitamins and minerals. Moreover, they are more susceptible to the harmful consequences of deficiencies. Other groups at risk include populations coping with the destruction of livelihoods and crops due to disasters.

The FAO and the World Health Organisation (WHO) promote four main strategies for fighting hidden hunger:

Fortification of staple foods and condiments such as flour, cooking oil and salt can serve to reach large segments of the people. An advantage is that the people concerned do not have to change their nutritional habits, or only marginally so. According to the study by Welthungerhilfe and terre des hommes, there is evidence of food fortification being a cost effective contribution to preventing and reducing hidden hunger.

As an example the authors mention “universal salt iodisation”. This term stands for all salt for human and livestock consumption being fortified with iodine. This measure is widely credited with reducing the number of countries where iodine deficiency is a serious public health issue from 130 countries in 1990 to 32 in 2011.

However, food fortification remains highly controversial. Critics claim that it does not help when a micronutrient deficiency is severe. Furthermore, the people who are most in need tend to be excluded from access to fortified foods due to costs or locality. Unless food fortification goes along with other interventions, it will neither cure the symptoms nor tackle ­­the causes of vitamin and mineral defi­ciencies.

The study by the two non-governmental organisations confirms that isolated fortification initiatives do not address the complex and mostly chronic causes of food insecurity. Hidden hunger is rooted in poverty. Making diets more diverse is considered the most desirable and sustainable option, but it takes longer to implement than food fortification.

Welthungerhilfe and terre des homes conclude that food fortification contributes significantly to food security, but is no panacea for hidden hunger. The authors recommend taking possible risks into ­account and combining fortification with interventions that address the underlying poverty. In their eyes, employment must be generated and diets must be diversified. Raising awareness for balanced and micronutrient-rich diets is considered important, and so is comprehensive and effective legislation.