The loss of the parliamentary majority in the elections on 7 June was the biggest setback in Recep Tayyip Erdogan’s political career. His Justice and Development Party (AKP) is still the strongest party and has been given the mandate to form a government, but it is a party in decline. 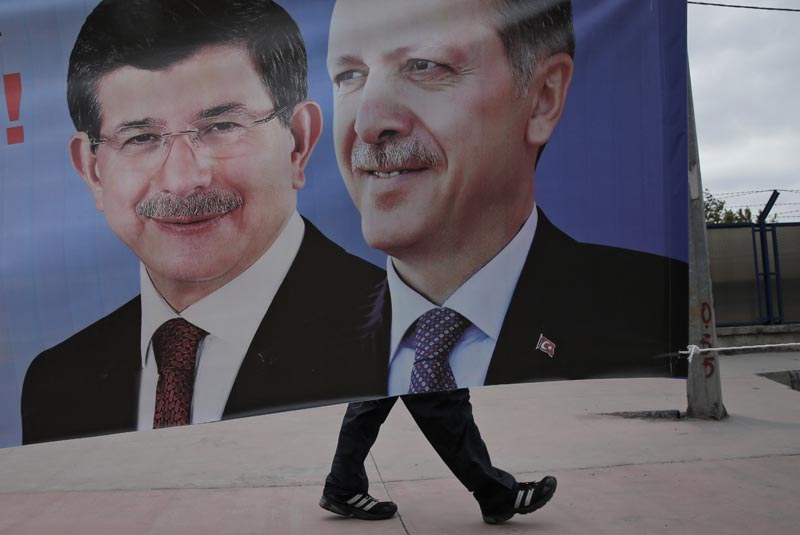 Erdogan saw the elections as his chance to finally become the most powerful man in the history of Turkey. But the president’s plans were thwarted by the electorate. They voted for more democracy and the parliamentary system and against autocracy and a presidential system that would have given Erdogan extensive powers.

Originally launched as a reformist party, the AKP has become a cadre movement, spreading through the apparatus of state with the goal of shaping society according to its own values. Back in 1997, Erdogan said: “Democracy is a means to an end, not an end in itself.”

In his early days as prime minister after the newly formed AKP’s landslide victory in the 2002 elections, Erdogan was initially able to conceal that attitude. He drove back the Kemalist and nationalist forces that had run down the Turkish economy. With a neoliberal economic policy, he brought new prosperity to large parts of the population, invested in infrastructure and created space for religion.

However, the electoral victories of the past strengthened Erdogan’s dangerous conviction that his Sunni Muslim voters were the nation and the AKP was its only legitimate representative that might run the state.

By 2007 at the latest, Erdogan and the AKP started to re‑embrace their Ottoman heritage after starting their second term in office. Turkey was supposed to become the leading power in the Middle East – both politically and economically. The government strengthened its contacts with kindred spirits in the Egypt’s Muslim Brotherhood in Egypt and with the radical Islamic group Hamas. The AKP celebrated the Islamists’ electoral victories in Egypt and Tunisia (Ennahda) after the Arab Spring, nurturing hopes of a new regional order with a strong Turkey.

But the military coup in Egypt and Ennahda’s later electoral defeat were hard blows to political Islam and the AKP. Whether it liked it or not, the party had to sever ties with the Muslim Brotherhood to prevent isolation on the international stage. Turkey’s role in Syria, moreover, has been disappointing, and its relations with the other regional powers – Iran, Saudi Arabia and Israel – are strained.

Since the Gezi Park protests in Istanbul in summer 2013 and a corruption scandal soon after, the government has been facing strong political opposition at home, which it has handled clumsily. Erdogan and the AKP tend to shirk responsibility and blame foreign powers, the “interest rate lobby”, the opposition or the Gülen movement for trying to prevent Turkey’s rise.

Erdogan relies on conspiracy theories and the party rallies around him. The AKP’s biggest problem is its dependence on Erdogan. Anyone who fails to toe the line feels his wrath. Erdogan has stripped power from ex-president Abdullah Gül and others who co-founded the AKP with him, and he installed his faithful ally Ahmet Davutoglu as prime minister.

Since being elected president, however, Erdogan, notionally no longer belongs to the party. Though he is answerable to no one in the AKP, he still sets its agenda. Nothing happens without his approval. He is admired and revered by his supporters with almost sectarian fervour, not just as a political leader but as a religious one as well.

The June elections did not force Erdogan to face facts, but they did at least take the wind out of his sails. For the moment. This power politician will exhaust every possibility to shape the country according to his ideas. Prime Minister Davutoglu says in public that the AKP intends to listen to the country and look for a coalition partner. But even before the elections, Erdogan had let it be known that he opposes coalitions. He hopes new elections will eventually deliver the result he wants. So, for the Turkish people, the real test of democracy still lies ahead.

Timur Tinç is a freelance journalist based in Frankfurt.
timurtinc@web.de

In Turkey and elsewhere, democracy is not just majority rule