To many European consumers, the words “exports from developing countries” basically mean cheap clothes from Bangladesh and other low-income countries. The reason is that civil-society organisations and government agencies have been raising awareness of the exploitation of garment workers for years. It is true that western consumers can make a difference in this context, but other kinds of exports are relevant too. 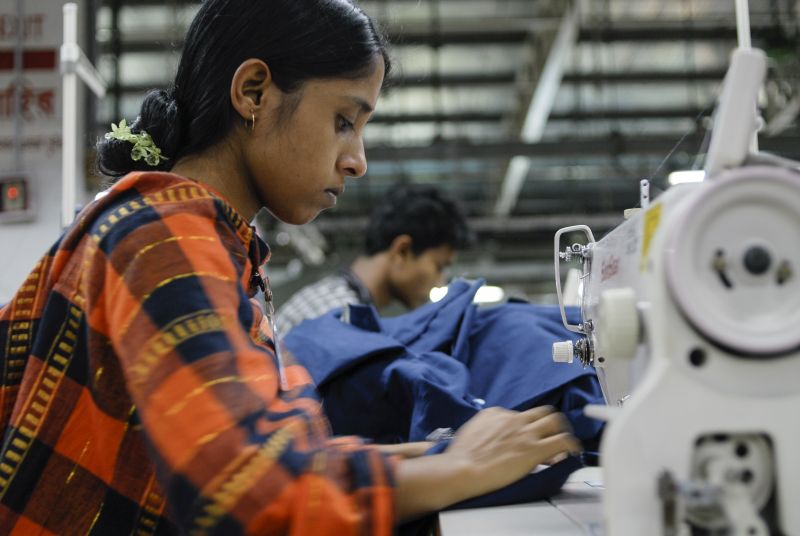 To an excessive extent, the economies of developing countries are geared to exporting agricultural goods and natural resources. The countries concerned only rarely prosper. One reason is that they import processed and manufactured goods which are always more valuable than the raw materials they export. To thrive, an economy must literally “add value”. Compounding problems, however, commodity-driven economies tend to suffer especially bad governance. The reason is that small elites manage to grab control of the most important resources – land or oil, for example – and exploit the people.

Historical patterns tell us that industrialisation normally starts with garment production, which neither requires lots of capital nor sophisticated skills. However, the scenario of early industrialisation tends to be rather bleak, marked by the kind of brutal social hierarchies and poverty that Charles Dickens and Friedrich Engels witnessed in 19th century England.

Seamstresses work hard, but their pay tends to be very low. Their jobs are tough, but it is important to understand that the women would be worse off without them. That is true even though many companies do not obey laws concerning wages and occupational safety. The problem is that there are millions of desperately poor young women in the villages who would be happy to find any kind of employment. For things to improve in the garment industry, the country as a whole must develop.

Whether in Bangladesh or elsewhere, a flourishing garment sector is not an end in itself. It should become an engine that drives further development. As more industries grow and expand, an economy becomes more diversified, offers more opportunities and greater scope for innovation. More sources of wealth, moreover, mean more sources of power and less scope for authoritarian attitudes. Diversification matters. In theory, industrialisation is possible without integration into the world market. Empirically, however, that hardly ever happens. One reason is that technology transfer depends on international exchange. Foreign direct investment is particularly useful in this context. Even the world’s most populous country, China, did not manage to industrialise and diversify without tapping the potential of the world market.

For least-developed countries today, the challenges are even bigger. Their markets tend to be tiny, because their populations are small and lack purchasing power. To make investments in production capacities attractive, however, demand for manufactured goods needs to be ensured. In this context, regional integration makes sense. The point is that bigger markets enhance developmental opportunities while national borders can thwart them.

To escape poverty, a country needs a smart policy that facilitates economic diversification rather than merely protecting the interests of established elites. And it needs market access, especially in prosperous nations with considerable demand, so it can benefit from exports. This developmental path is rough, but it has worked out for many countries.