The ambivalence of religions

The International Partnership on Religion and Sustainable Development (PaRD) was launched five years ago in response to a German initiative. The network includes government bodies, faith-based organisations and civil-society agencies from around the world. In our interview, Ulrich Nitschke, the head of the PaRD Secretariat shared his personal assessment of why religions can be abused for power political purposes on the one hand, but also help to achieve universal goals on the other hand.

last contributed to D+C/E+Z in autumn 2019. He heads the PaRD Secretariat which is hosted by GIZ in Bonn. PaRD stands for International Partnership on Religion and Sustainable Development. 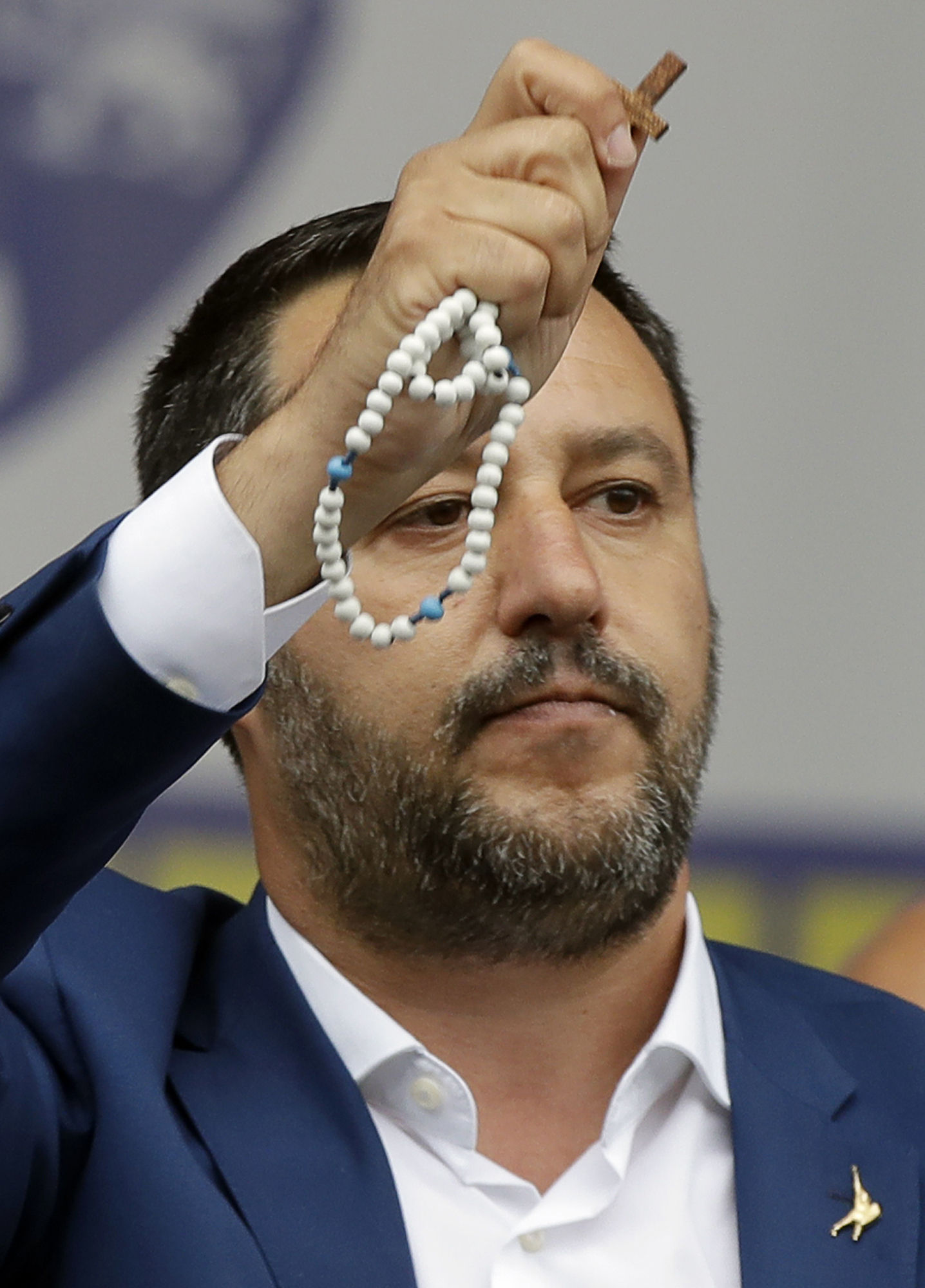 But aren’t there shared fundamental norms, such as peace, nonviolence and brotherly love?
Indeed, the five overarching principles of all world religions are:

What these principles mean for practical purposes, however, very much depends on the specific context. Religious nationalism is particularly problematic, and it is growing around the world, whether in the form of Hindu nationalism, Sunni nationalism or Catholic nationalism. In some countries, politicians describe their own religious community as somehow disadvantaged or betrayed. At the same time, they claim that this community constitutes the nation. They use the faith to foster a latently aggressive idea of “us versus them”, which does not really reflect the spiritual foundations of their respective religions.

Sometimes they even challenge such foundations. In Poland, Jaroslaw Kaczynski emphasises his country’s Catholic identity, but opposes any compromise on migration. He is thus directly opposing the Pope, his denomination’s top authority, who is in favour of accepting refugees. For similar reasons, it is bizarre how Matteo Salvini, who served as Italy’s home minister until early September, likes to agitate against refugees with a Catholic rosary in his hands.
Religious symbols can indeed serve to promote special interests. They are often added into the mix with other identity-shaping matters, including language, ethnicity, regional belongings and family affiliations. At PaRD, we are aware of the ambivalence of religions. On the one hand they preach universal values, but on the other hand they can be manipulated for identity politics. To stem political abuse, we must understand how legitimacy is constructed.

Can inter-faith cooperation prevent political abuse?
Well, mutual understanding certainly helps, and experience tells us that inter-faith dialogue can contribute a lot to making peace and safeguarding it. The Central African Republic (CAR) is an example. Its state has collapsed in civil war; everything is now dysfunctional. However, when the top leaders of the Catholic church, Islam and Protestant communities meet, they get a lot of attention, and when they reach an agreement, it resonates throughout the country. They are currently the only leaders who still have something like a collectively binding authority. Things are similar in other crisis regions. Consider the Filipino island of Mindanao or Sri Lanka for instance. Inter-faith dialogue has often proven the start of better cooperation geared to local or regional development.

Today, however, the globally most dangerous tensions concern Sunni and Shiite Muslims. They are inner-Islamic, so they really only affect one world religion.
Indeed, experience shows that intrafaith dialogue tends to be more difficult and more complex than interfaith dialogue. One reason is that the other side is referring to the same sacred foundations as one is doing oneself. The implication is that one feels more profoundly challenged. Intra-faith dialogue is only held very rarely, and it is especially rare when it would be needed most. As a matter of fact, there can be tensions within belief systems even if they are defined quite precisely in theological terms. A current example is Saudi Arabia’s Wahhabism. This school insists on literal interpretation of the Koran. Nonetheless, there is a great divergence among its followers. Terrorist organisations like al-Qaeda and ISIS are rooted in this ideology, but the Wahhabi royal house has turned against them. At the same time, one of its formal members heads the multilateral Islamic Development Bank in Jeddah, and his approach is quite moderate and cooperative. The Bank hands out loans and is developing Islamic finance. The wide range of opinions that now exists within Wahhabism is quite remarkable.

I find it irritating that the Western public knows so little about Islam and its great diversity. Many Europeans are afraid of Islam as such and do not even know that Islamist violence is claiming more Muslim than Christian lives.
Depressingly, age-old fears that have little to do with the modern world are still haunting Europe. Therefore, Germany’s Federal Ministry for Economic Cooperation and Development (BMZ) is paying increasing attention to what we call “religious literacy”. Staff of German development agencies take part in courses on religious literacy before being sent abroad. In the past, related things were handled under the rubric “intercultural communication”, but in view of the great relevance that religions have in developing countries, that was not enough. To become religiously literate requires more than a basic knowledge of a faith and its cultural implications, its holidays and holy scriptures. To get a feel for someone else’s belief system, one needs to grapple with one’s own – the experiences one has had, including disappointments. And let’s not forget that secularism itself can have different meanings.

Indeed, in the USA, the founding fathers and mothers separated church and state because they wanted government institutions to keep an equidistance to every Christian denomination so political disputes would not pollute the faith. By contrast, leaders like Jawaharlal Nehru in India or Ataturk in Turkey considered religion to be backwards, so their approach to secularism was to belittle and diminish religion …
Well, there can be no religious freedom if the state is not separated from religious faith. That is why Cardinal Reinhard Marx, who heads the Catholic German Episcopal Conference, speaks of the “achievements of secularism”. Of course, such a sense of equidistance is indispensable for interfaith dialogue too.

What else is needed to set in motion the kind of interfaith dialogue that can drive peace building?
There are three preconditions:

Must interfaith dialogue systematically be geared to a goal like peacebuilding?
Well, if there is no goal, there normally is no dialogue. At PaRD, we see interfaith dialogue as one of several tools that we can use to tap the potential of religions for achieving the Sustainable Development Goals. We want to find partners and cooperate with them. In that effort, we use a broad range of tools to tackle a great variety of topics, ranging from education and health to gender justice through to environmental sustainability.

Is it not abusive to harness religious feelings for political purposes?
That is something I am told again and again, but I don’t agree at all. We are neither damaging any faith nor harming any religiously motivated institution. We emphasise ethical principles that are embedded in every faith. PaRD is geared to achieving the universal Sustainable Development Goals that were spelled out in the 2030 Agenda and adopted anonymously by the United Nations. The idea is to achieve more by joining forces. What’s wrong with that?

Ulrich Nitschke heads the PaRD Secretariat which is hosted by GIZ in Bonn. PaRD stands for International Partnership on Religion and Sustainable Development. In this interview, he expressed his personal views.
ulrich.nitschke@giz.de
Twitter: @nitschke_ulrich
http://www.partner-religion-development.org/