Debt levels are rising in many low-income countries, so future crises are becoming ever more likely. The World Bank must support the countries concerned with regard to other policy challenges as well. After all, they are forced to respond to climate change and other urgent issues.

last contributed to D+C/E+Z in summer 2018. He represents Germany on the World Bank’s Executive Board. 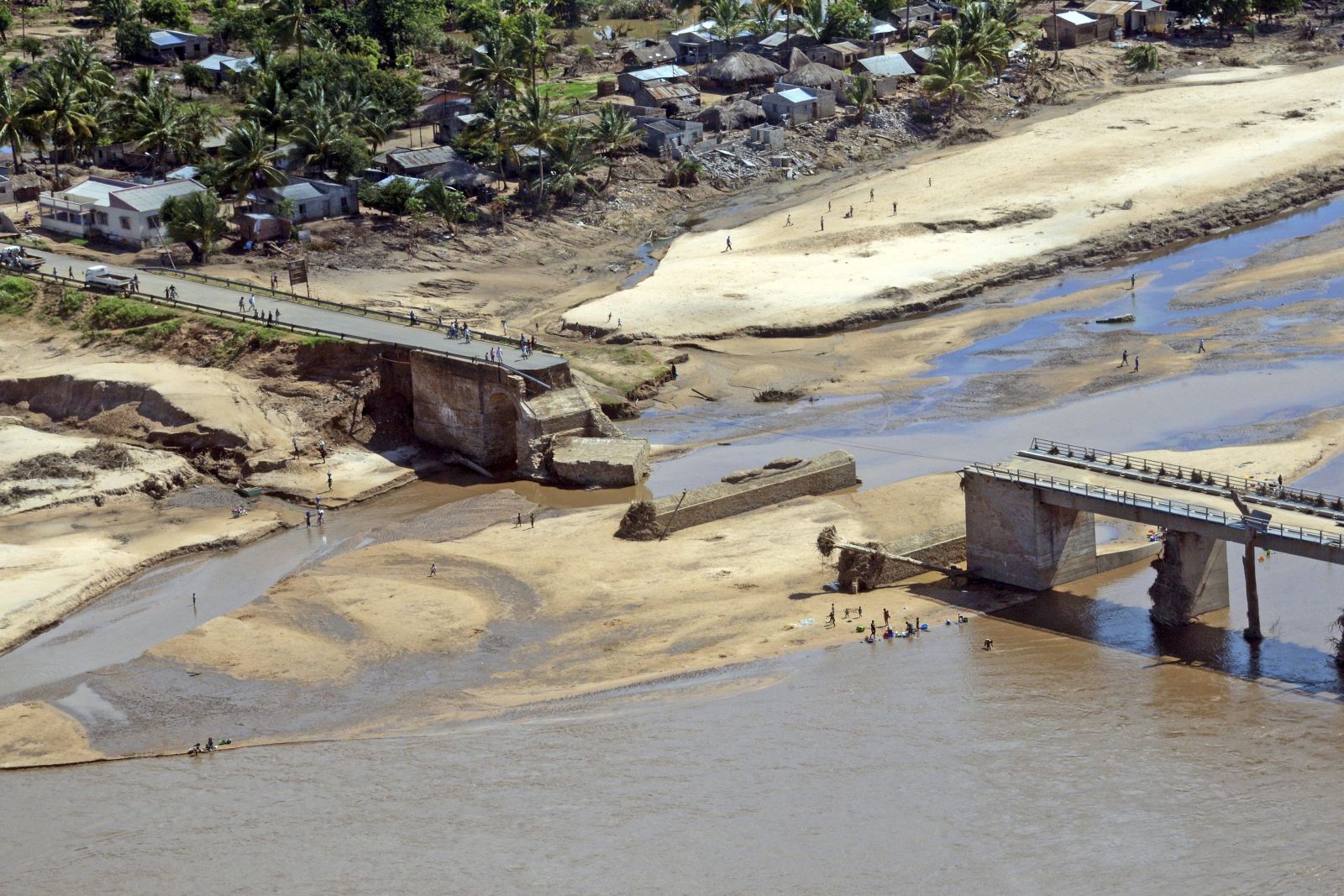 Silva/picutre-alliance/dpa Africa must prepare for flooding: a flood-destroyed bridge in Mozambique in 2015.

Measured as share of GDP, the average indebtedness of sub-Saharan countries has increased from 30 % in 2011 to more than 50 % today. In 29 low-income countries, the debt ratio has risen by more than 10 %. The International Monetary Fund (IMF) reckons that eight countries are in an acute debt crisis, and the risk of 16 others sharing their fate soon is high.

It is worrisome, more­over, that the ways debt has accumulated differs from what happened in the past. Compared with previous decades, the share of multilateral lending is rather small. In contrast, the lending role of emerging markets – and especially China – is growing. Private-sector lenders, including domestic ones, are prominently engaged as well. In recent years, 16 African nations have issued bonds on financial markets. The higher share of private creditors comes with additional risks as:

Due to this creditor structure, it will be harder to negotiate solutions should a crisis erupt: talks will have to involve many players with rather diverse interests.

Most likely, more cash-strapped governments will soon turn to multilateral institutions such as the IMF and the World Bank, asking for fresh liquidity. It is high time to prepare for such scenarios. Experience teaches us that close coordination of all partners is essential in a debt crisis. Two things, in particular, are needed:

This lesson of the past must be heeded.

One option would be to take an approach similar to the HIPC (heavily-indebted poor countries) initiative at the turn of the millennium.

Adjustments are not only necessary in the event of a debt crisis, however. Humanity must mitigate climate change and adapt to its by now inevitable impacts. The Paris Agreement has spelled out what needs to be aimed for, and developing countries definitely deserve support for action (see Anthony Nyong in D+C/E+Z e-Paper 2017/09, p. 27).

Within the World Bank system, Germany is currently promoting so called „development policy loans“ to support national climate protection plans, the so-called nationally determined commitments. These instruments aim at supporting countries in drafting and implementing climate policies, while providing funds for implementation. As was the case in the HIPC context, disbursement depends on convincing implementation of agreed schemes.

A similar approach would also make sense with regard to the “Compact with Africa”, which Germany’s Federal Government proposed at the G20 summit in Hamburg last year. This initiative focuses on private sector reforms to stimulate private sector mobilisation and job creation. With World Bank support, African governments have begun to identify relevant bottlenecks. Basing the “Compact with Africa” on systematic World Bank analysis and linking it with World Bank orchestrated policy reform and investment programmes would give this initiative a great boost.

One lesson of the HIPC multilateral debt relief is that this kind of joint policymaking worked out well, and that in order to tackle the new challenges ahead, applying a similar approach would be helpful. (jz)