The World Bank and the International Monetary Fund have drawn lessons from the ex­perience of recent decades. However, to tackle the challenges ahead, the international community is in need of a joint coordinated approach to help countries reforming their policies.

last contributed to D+C/E+Z in summer 2018. He represents Germany on the World Bank’s Executive Board. 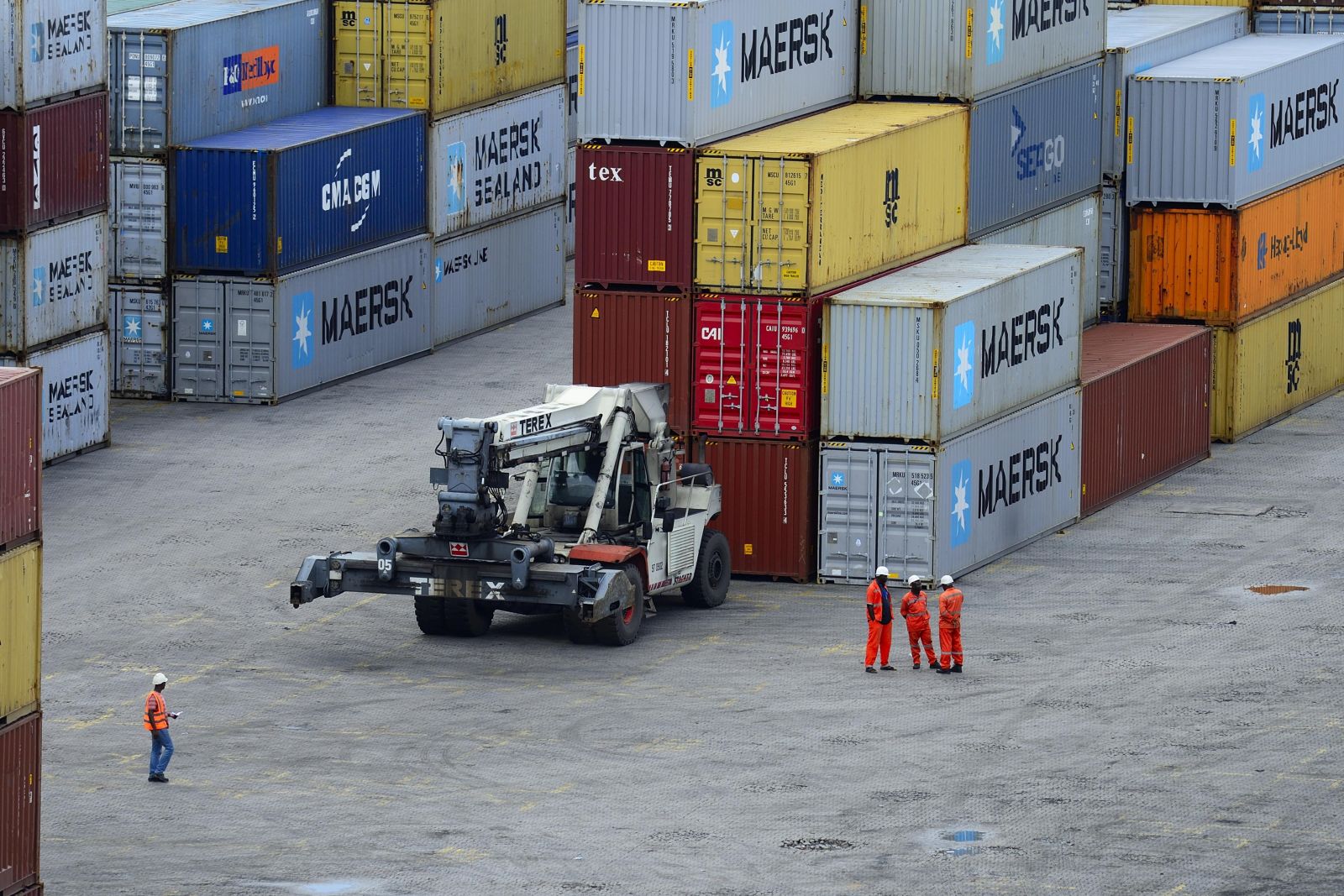 Adjustment programmes are usually launched for countries in deep economic crisis in view of excessive budget and current-account deficits. In such circumstances there are no easy ways out. All options are painful.

The policies the country has pursued so far cannot be kept up since they would lead to insolvency and cut it off from new loans. The consequences would include inflation, restricted imports and the collapse of economic activity. The only alternative is some kind of tough adjustment – either with or without support from international financial institutions (IFIs) such as the International Monetary Fund (IMF), the World Bank and other multilateral development banks.

IFI support has the advantage of additional financial resources cushioning policy. The disadvantage from a country perspective is that IFI experts get a say in policymaking and may impose conditions.

In the 1980s and 1990s this disadvantage was very pronounced. At the time, the IFIs more or less imposed their ideas on crisis countries. All too often, the governments of the countries concerned were only marginally involved in the drafting of policies, and thus they did not feel responsible for the results. Another cause of failure was the resistance of affected people, whose interests and relevance the IFI experts did not understand properly.

IFI conditionalities sometimes proved counterproductive. For example, the Asian crisis proved contagious in the 1990s, spreading to economies where economic policy had actually been quite sensible. Nonetheless, the countries suffered as capital was suddenly withdrawn and they lacked the foreign exchange reserves that would have allowed them to respond effectively. The rapid outflow of capital, however, was made possible by the liberalisation of the financial markets. In this situation, IMF-led IFIs made their support dependent on tough austerity policies, exacerbating the crises of several national economies.

Unfortunately, IFI concepts also sometimes proved counterproductive in cases where crises had largely domestic causes. The guiding idea was always to make an economy competitive on the world market through deregulation, privatisation and budget restructuring. The devaluation of the national currency was also considered to be an important tool.

Criticism of this approach, which became known as the “Washington Consensus”, was already being expressed in the 1980s. By the end of the decade, a department of the EU Commission was working on an alternative approach. I was involved personally, and found the discussion with the IFIs very instructive. In retrospect, the adjustment programmes of that time had two main weaknesses:

As some of us warned back then and is generally accepted today, this approach was unrealistic. Market liberalisation cannot succeed unless the necessary institutional and administrative environment is created at the same time. Without a sound competition policy, for example, privatisation often leads to harmful oligopolies. More­over, financial market liberalisation only makes sense if banks are, from the outset, subjected to the necessary rules and competent supervision. Experience also shows that austerity policies were too harsh and damaging. Indeed, they aggravated and prolonged economic crises.

The policies pursued by the IFIs all too often led to over-indebtedness rather than to new competitiveness. Accordingly, the G8 embarked on a new course at their Cologne summit in 1999. They agreed to multilateral debt relief for affected developing countries  The condition was that the governments concerned would reallocate the freed-up funds to policies designed to reduce poverty (see box). On top of that, donors even agreed to support such policies with fresh money.

The experience with the new approach was largely positive. We now know that adjustment programmes turn out “cheaper” in the medium term if government spending is supported more generously at the start. The reasons are that economies do not stall as badly, and the social impacts are less severe accordingly. It matters, after all, that structural reforms take time to deliver results.

In principle, successful adjustment requires comprehensive reforms that go beyond short-term stabilisation. Core problems need to be tackled long term, so a comprehensive development programme is needed. Moreover, the government of the country concerned must assume responsibility (“ownership”). A solid common basis between government and foreign lenders must be established. Broad-based popular involvement in policy debate is helpful.

After reaching consensus on measures, IFIs and other foreign lenders should then monitor policy implementation. If their expectations are met, they should provide adequate financial support.

First of all, attention must be paid to reform steps following each other consistently (“sequencing”). The temptation is great to do first what seems to be easy and achievable fast. Let us take trade liberalisation as an example. The problem is that trade liberalisation does not really stimulate a national economy properly and boost companies’ competitiveness unless the institutional environment is appropriate.

I remember well the disputes the EU Commission had with the IFIs on this subject some 25 years ago. Practical experience has confirmed the EU view. For example, if companies are supposed to expand exports, they need the necessary transport infrastructure, and that includes export loans from financial institutions. It is a demanding and lengthy task to creating the kind of institutional environment that is conducive to exports. One must also consider that liberalisation will create losers – and that the people affected deserve to get new opportunities.

All governments have only limited capacities. This is especially so in developing countries. Moreover, governments, in particular democratic ones, must not overstretch what their citizens are willing to accept temporarily for the sake of the long-term common good. It is therefore important to focus on the essential reforms right from the start of a reform programme. The faltering economy must be stabilised and the crucial structural bottlenecks that are paralysing it must be removed. Since the constraints are always country-specific, there can be no blueprint that would fit all countries.

In view of these things, austerity policies must always be selective and well targeted. They must neither hinder the recovery nor exacerbate social injustice. Hardship for the poor should be avoided, and the infrastructure must not be harmed either. As budget consolidation is not only about cutting spending, it is important to also increase government revenues.

Today, the IMF is acting more pragmatically and less ideologically than in the past. It has become more sensitive to the negative consequences of austerity. It also recognises that the liberalisation of capital movements carries risks and should therefore be done with some caution. Moreover, the Fund is now concerned about growing inequality – not only because inequality undermines the social fabric of societies, but also because it actually hampers growth. Accordingly, the IMF has recently paid attention to excluding social spending from austerity. It is noteworthy that the IMF advocated for more debt relief than the European Central Bank and the European Commission in the euro crisis. For this reason, it no longer contributed funding to the Greek bailout in 2015.

The World Bank has similarly learned some lessons. It no longer pays out the programmes in instalments, each of which is conditioned separately. Rather, it now requires governments to undertake reforms in advance, thus strengthening national ownership . The measures it supports are also more focused and more in line with the administrative capacity of the respective government. As the IMF does, the World Bank too appreciates the relevance of maintaining social benefits during the adjustment process.

This change in position results from the experience of past decades, but it also reflects the growing influence of successful and self-confident emerging markets, some of them having become important IFI shareholders. The national development experience of countries such as China, Malaysia and Vietnam partly contradicts the old IFI doctrines. Emerging-market representatives present their views constructively in discussions of the World Bank’s Executive Board. Serving efficient multilateralism, such debate is intense and relies on rigorous data analyses.

It cannot be denied, moreover, that industrialised countries are not always pursuing policies that correspond to their free-trade rhetoric. The protectionism of US President Donald Trump is only the tip of the iceberg. In the face of such facts, the IFIs can no longer simply insist on their old doctrines.

However, change at the IMF and World Bank does not mean that the problems relating to adjustment programmes have been completely resolved. The idea is still widespread that the state should stay out of markets to the extent possible. Industrial policy aimed at promoting certain sectors is still frowned upon, although related measures have proven their worth in China, for example. In the face of technological upheavals, only insufficient attention tends to be paid to “transitional” problems of layoffs and more generally the concerns of those negatively affected by structural change. The need for international regulation has rarely been high on the IFI agenda.

In addition, the IMF and the World Bank are also reaching the limits of their capacities. The resources with which they can support economies are limited. Therefore, they cannot always act as generously as would make sense. A resource increase for both institutions is under discussion. However, given the Trump administration’s scepticism, any such step is currently very difficult.

A reform package which includes a capital increase has been negotiated at the World Bank in the past 12 months. The USA proved to be a very difficult partner. Nevertheless, a consensus has been reached. The package was adopted in principle at the Spring Meetings in April this year. Germany has played an important role. In close cooperation with other countries, particularly EU members, we are doing our best to fill the vacuum US withdrawal has created.

This is the ninth year after the global financial crisis. The current upswing is already one of the longest of the world economy since the Second World War. The risks of a downturn are increasing. The proposed reform package would equip the Bank to provide better support to countries in crisis. However, it is important that the Bank and the donors learn the lessons of the past (see box).

Jürgen Karl Zattler represents Germany on the World Bank’s Executive Board. In this essay, he is expressing his personal views rather than official policy of the Federal Government or the World Bank Group.
jzattler@worldbank.org
www.worldbank.org