More and more often, children and young people are taking legal action to claim their right to a clean climate and a world worth living in.

contributed to D+C/E+Z in autumn of 2021. She is the climate spokesperson of Save the Children Deutschland. 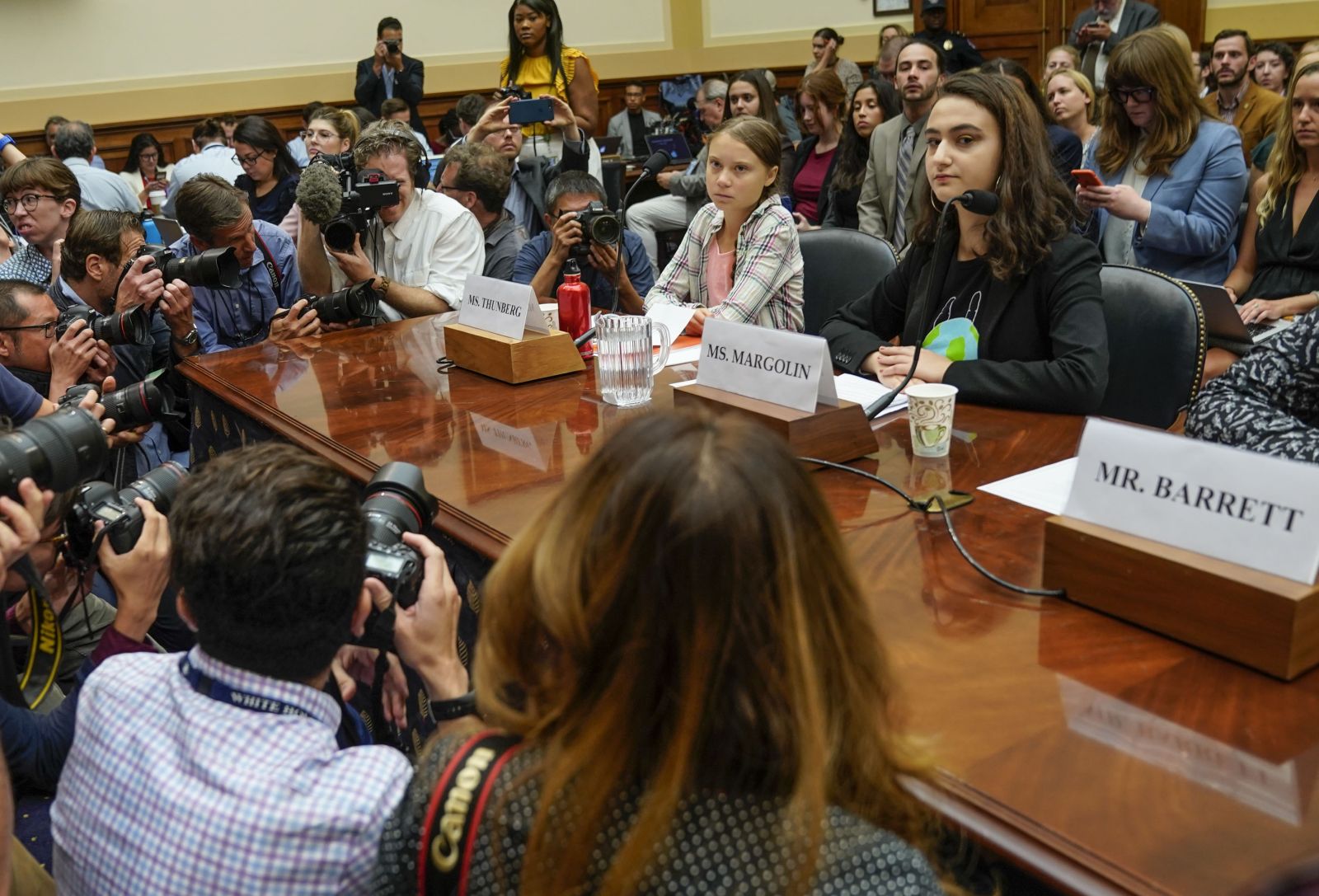 Riccardo Savi/ZUMAPRESS.com/picture alliance Greta Thunberg before the US Congress in Washington.

In 2015, in Oregon, 21 minors and young adults took the US government to a District Court with help from two non-governmental organisations (Our Children’s Trust and Earth Guardians). They asserted that the government’s unchecked exploitation of fossil fuels is exacerbating the climate crisis and therefore endangering their future. They appealed to a legal principle that applies in many states, namely the “public trust doctrine”. It says that the government must protect all natural resources like water, air and soil for future generations.

For many years, representatives of the US Department of Justice argued that the courts have no jurisdiction. Accordingly, it wanted the case, which has become famous as “Juliana v. United States”, to be dismissed. Julia Olson, the lead attorney for the plaintiffs, countered that it is very much the court’s place to demand that the government take measures to remove the pollutants that are contributing to global warming. “These children will live much longer than you,” she appealed to the court, namely “until the end of the century, when the oceans will have risen ten feet”. Ultimately the presiding judge declined to open proceedings and instead directed both parties to come to an agreement to the best of their abilities in a settlement conference.

In Colombia, 25 young people brought a sensational action against their government three years ago: because policymakers have done far too little, in their view, to stop the deforestation of the Amazon rainforest, they see a threat to their right to a healthy environment as guaranteed by the constitution. In April, Colombia’s Supreme Court ordered that the government must present an action plan to reduce deforestation within four months. What’s more, the presidency as well as the Ministries of Environment and Agriculture were instructed to develop an “Intergenerational Pact for the Life of the Colombian Amazon” with help from the plaintiffs, affected communities and scientists.

“It is clear that the Colombian state has not efficiently addressed the problem of deforestation in the Amazon, despite numerous international agreements and jurisprudence”, the judges explained in their decision. The attorney for the plaintiffs celebrated the judges’ “historic verdict” because it recognizes that future generations have indisputable rights and also forces the government to develop an action plan.

In 2019, along with 15 other young people, “Fridays for Future” founder Greta Thunberg submitted a complaint to the International Court of Justice against five countries with high greenhouse-gas emissions. The charge is that Argentina, Brazil, France, Germany and Turkey are violating the plaintiffs’ human rights as guaranteed by the UN Convention on the Rights of the Child. The governments refused to have the matter argued before nation-state courts arguing that the climate crisis requires “international relief”.

Regardless of the verdicts, a basic pattern is evident in all of these cases. Young people refuse to simply accept the sluggish pace of their nation’s climate action. With support of attorneys and non-­governmental organisations, they are going to court, becoming “children of the prosecution”. It is exactly what activist Xiuhtezcatl Martinez, co-founder of Earth Guardians, predicted in an impressive speech that he delivered to the UN General Assembly when he was 15: “We are flooding the streets and we are now flooding the courts to show the world that a movement is rising and that our generation is leading that movement.” The courts, for their part, are assuming increasingly more responsibility for protecting the climate.

Martina Dase is the climate spokesperson of Save the Children Deutschland.
presse@savethechildren.de