The ravages of acute hunger

In Zimbabwe, people increasingly worry not what, but whether they will eat tomorrow. Covid-19 and drought are exacerbating the long-lasting economic crisis.

last contributed to D+C/E+Z in summer of 2022 as a journalist and lives in Harare, Zimbabwe. 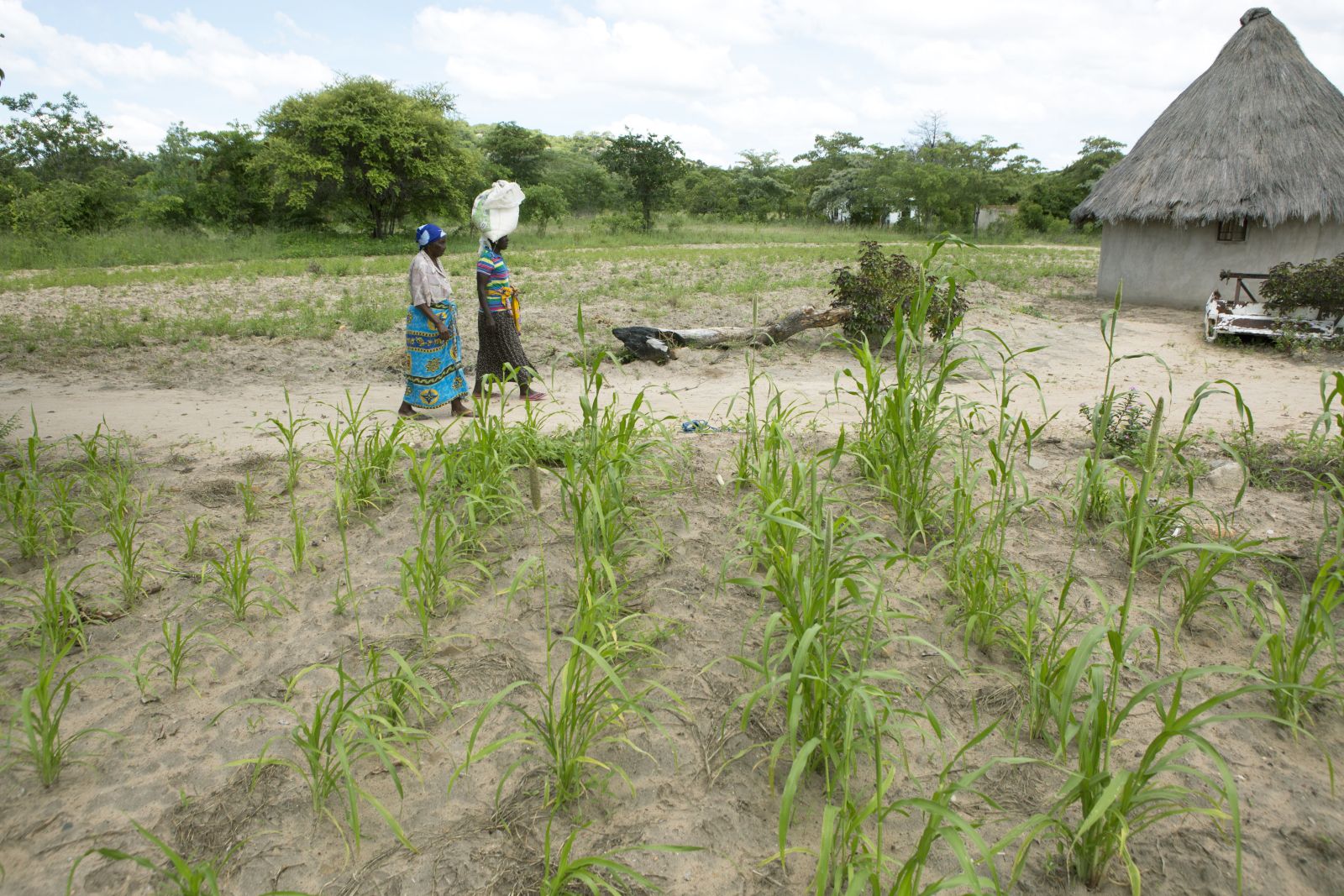 Tsvangirayi Mukwazhi/picture-alliance/ASSOCIATED PRESS Zimbabwe is suffering the third year of drought in a row.

In the past, food used to be abundant in Zimbabwe, but that has changed. Duduzile Nhari is a single mother with five children. They must cope with a single meal per day. Nhari works as a teacher in a government school, but years of inflation have drastically reduced her purchasing power (see my comment in Debate section of D+C/E+Z e-Paper 2019/09). After a recent pay raise, a Zimbabwean teacher earns an average of 6000 Zimbabwean dollars monthly. That is now only the equivalent of about 70 US dollars. The current inflation rate is about 800 %.

The daily meal Nhari gives her children consists of maize. She prepares a thick porridge commonly known as sadza by ground maize with boiled water. “My salary does not cover the rent,” she complains, “surely food comes first.” To make extra money, she is doing laundry work for other families. “I have to swallow my pride,” Nahri says.

Covid-19 has made things worse for her. Schools were closed because of the lockdown, and her side jobs had to sustain the family.

Late last year, the UN World Food Programme stated that Zimbabwe was suffering its worst hunger crisis in a decade. Bettina Lüscher, a WFP spokesperson, summed up the problems: “The crisis is being exacerbated by a dire shortage of currency, runaway inflation, mounting unemployment, lack of fuel, prolonged power outages and large-scale livestock losses.” At the time, half of the population – 7.7 million people – were said to lack secure access to the food they need. In urban areas, which are generally more prosperous, the share of people requiring food aid was 40 %.

Things have gotten worse. In late July 2020, the WFP estimated that 8.6 million (60 % of Zimbabweans) were in need, stating that the price of maize had doubled in the month of June alone. Lola Castro of the WFP said people were suffering “the ravages of acute hunger”. The UN agency called for donations worth an additional 250 million US dollars to increase its food aid to the country.

Precious Shumba, director of the Harare Residents Trust, says that inflation in particular is proving devastating. “Urban poverty is a reality now. Families are going for one meal instead of two or three per day”. Though food is available in the shops, it is “priced beyond the majority’s reach” the civil-society activists says. Things are particularly bad in densely populated informal settlements.

At the same time, businesses are shutting down due to recession. Owen Dhliwayo, a human-rights activist, points out that ever more people are losing their jobs. According to trade-union leaders, the unemployment rate is about 90 %, which means that the vast majority of people depend on informal incomes.

To some extent, urban people have begun to migrate back to the villages. Danisa Masuka, for example, sent his family to live in the countryside with relatives after losing his job as a bus driver in Harare. He is looking for a new job and wants his family to live where the cost of living is lower until he finds one.

Of course, life in rural areas is not easy either. Indeed, food insecurity tends to be worse. That is especially true as persistent drought is making farming ever more difficult. According to WFP, subsistence farmers make up three-quarters of Zimbabwe’s population and produce most of its food.

In 2019, the rate of people suffering acute malnutrition rose from 2.5 % to 3.6 %, according to the WFP. About 90 % of the country’s children aged six to 24 months did not get the minimum diet needed. Many mothers have stopped breast-feeding in the lack of sufficient food for themselves. Things have been getting worse since then. The sad truth is that people increasingly worry whether they will eat at all tomorrow, and not whether their diet is healthy. The global challenges of Covid-19 and climate change are exacerbating the pain caused by the country’s long-lasting economic crisis.