Security-focused modernisation has failed in Afghanistan

The Trump administration has concluded an agreement with the Taliban. It looks less like a peace deal than an arrangement to withdraw foreign troops and keep talking. Perhaps peace will be made, but failure still looks quite likely. 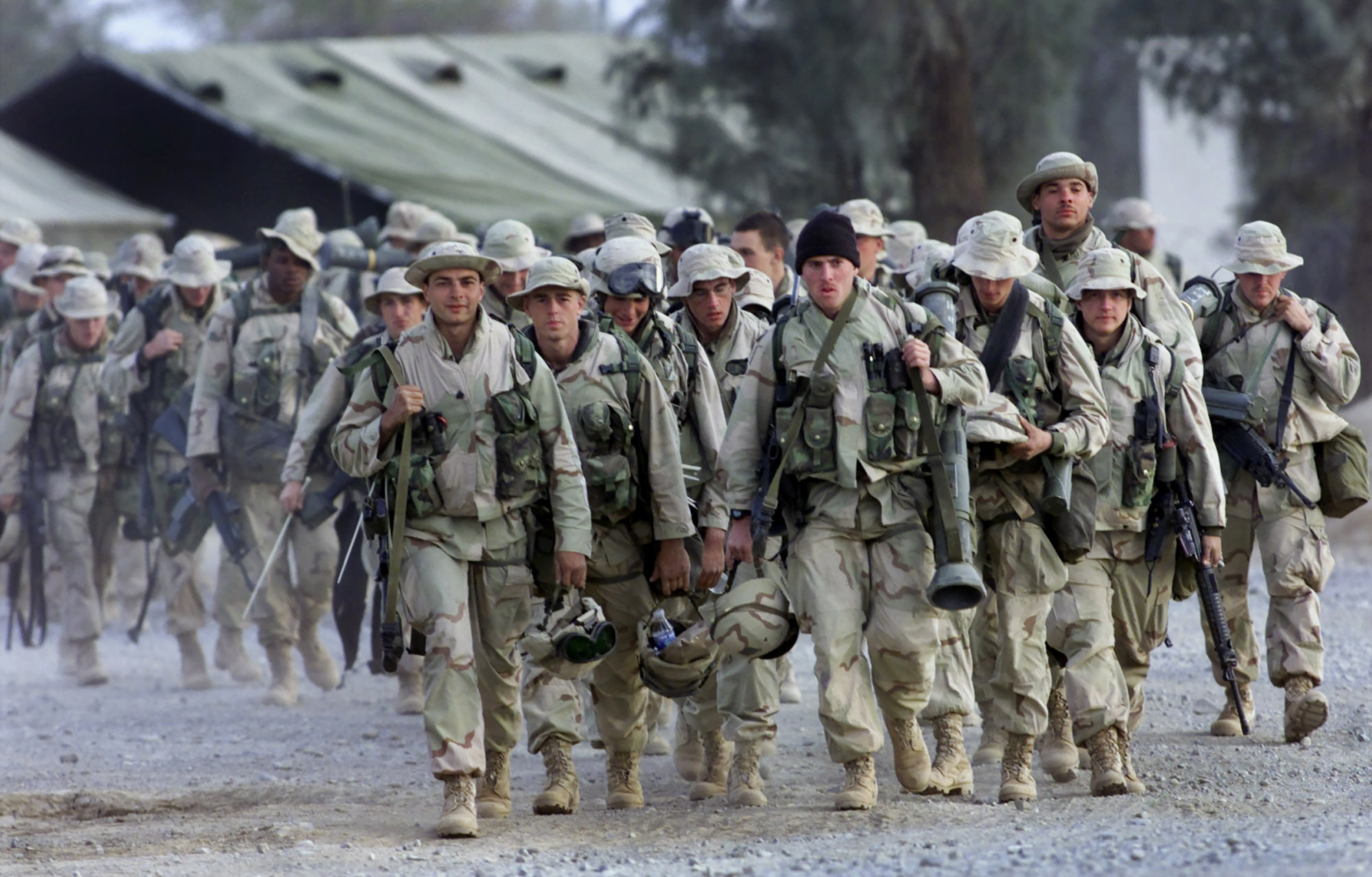 Moore/picture-alliance/AP Photo US marines in Kandahar in late 2001.

What is clear is that the long-term goal of building a constitutional democracy in Afghanistan has not been achieved. An important reason is that, for almost two decades, the US-led intervention focused too much on militarily-understood security and paid too little attention to the country’s difficult socio-economic reality.

President Donald Trump is eager to withdraw troops from Afghanistan. For almost two decades, the US military has been deeply involved in that country’s affairs. After the terror attacks on New York City and Washington DC in September 2001, then President George W. Bush used the armed forces to topple the Taliban regime which had supported Al Qaeda. NATO supported the effort and the UN Security Council approved it. Back then, the promise was to liberate the country from authoritarian Islamist rule, turn it into a democracy and modernise the economy and society in general.

What the Trump administration signed up to now, looks a lot like unconditional surrender. US troops are to withdraw completely within 14 months. In return, the Taliban have basically promised two things: they will start peace talks with Afghanistan’s official government and they will not support terror outfits like Al Qaeda or Isis in the future. That Afghanistan’s government was not involved in the preliminary talks that were concluded on Saturday is a bad omen, and it has already declared it will not release prisoners as promised by Trump’s diplomats. To what extent the Taliban will live up to their promise of not supporting terrorists once Western troops are gone, remains to be seen. What will become of the fledgling institutions that are supposed to ensure good governance in Afghanistan is an entirely open question at this point.

We must hope that things will go well. That is not entirely impossible. After decades of bloodshed, the people are tired of war. It has become evident, moreover, that western military power can neither enforce peace in Afghanistan, nor establish a lasting constitutional order.

Last year’s presidential elections were unconvincing and it took months before the winner was declared. President Ashraf Ghani’s mandate therefore looks shaky. His main competitor, Abdullah Abdullah, does not really accept it. Afghanistan is a prime example of institutional dualism: while the formal constitutional order is not totally meaningless, informal power structures matter very much: ethnic ties, traditions, various militias and mafias have a bearing on decision-making, and corruption is widespread. That said, it will not be possible to build peace without involving both the leadership of official institutions and those who informally wield power.

German policymakers increasingly tend to think that military interventions in a scenario like Afghanistan’s should be avoided in general. They argue that failure is always more likely than success. Such reasoning is plausible, but it is dangerous too. The problem is that it undermines the responsibility to protect (R2P) that was adopted by the UN in 2005. The principle is that the international community has a duty to intervene in a country’s domestic affairs if civil strife or oppressive government action is leading to atrocious crimes.

R2P was adopted in 2005, when western leaders still hoped their Afghanistan intervention would lead to democratic modernisation. Moreover, R2P fit that country’s situation. Quite obviously, R2P is inconceivable without use of military force. It is important to remember, moreover, that civil wars and reckless despotic regimes all too often do not only affect people in one country. Indeed, Taliban-controlled Afghanistan served terrorists as a safe haven and enabled them to attack faraway places.

Our policymakers would do well to ponder exactly why the Afghanistan mission failed. Development experts argued early on that the Bush administration set the wrong priorities. It kept hunting down terrorists, accepting that large numbers of civilians were hurt or even killed in that context. The approach did not help the USA to win hearts and minds. It alienated the communities affected and, in their eyes, discredited Afghanistan’s new state institutions. Animosity kept festering; trust did not grow. It made matters worse that there were never enough international troops deployed to Afghanistan to actually ensure stability, so hastily established regular Afghan security forces (police and military) were soon engaged in fighting again.

Another grave mistake was that  the international community failed to take into account Afghanistan’s strange political economy. Few other developing countries are so deeply integrated in the world market, but in Afghanistan’s case, the relevant segments are illicit: opium and arms smuggling. The US-led intervention never adopted any coherent policy to tackle this issue. It basically pretended to be fighting crime whilst attacking what secured precarious livelihoods as well as huge incomes for mafia leaders. The results included further alienation of communities as well as increasing corruption in formal institutions.

The lesson to learn from failure in Afghanistan is not that R2P is always doomed. I think this experience shows just how important it is to pay more attention to what shapes a countries’ ground reality. After civil war, it is not helpful to declare some militias to be good guys and others to be bad guys. If peace is to be made, all sides must be involved. When illegal drug revenues make up at least 20 % of a country’s gross domestic product, something is obviously going wrong that needs more attention than mere law enforcement.

These insights are not new. They were shared by various members of Germany’s international-development community over a decade ago, and I occasionally even spelled them out in D+C/E+Z, for instance in 2007 and again in 2008. Those two comments have aged well, but had little impact at the time.

Our government’s top leaders were not in a position to endorse this kind of view however, because they felt bound by loyalty within NATO. Indeed, Kurt Beck, who served as chairman of the Social Democrats from 2006 to 2008, was widely ridiculed when he suggested that peace talks would have to involve the “moderate” Taliban. He had a point, but his proposal had no lasting impact because he had spoken on his own and failed to network among international partners.

The challenges were huge, and there were no obvious solutions. Not rising to those challenges, however, ultimately made the mission fail. The irony of the matter is that the US administration has now concluded talks that involved radical Taliban factions. The Taliban’s long-standing slogan “you have the watches, but we have the time” has come true.