In need of new approaches

Brazil has had two good decades. Prudent social-welfare programmes allowed masses of people to benefit from economic growth which was driven by commodity exports. However, the current development model has run its course. The government must draft new and innovative policies to stimulate a slowing economy and further promote social inclusion.

last shared his views in D+C/E+Z in spring 2016 as professor of economics at the University of Rio de Janeiro. 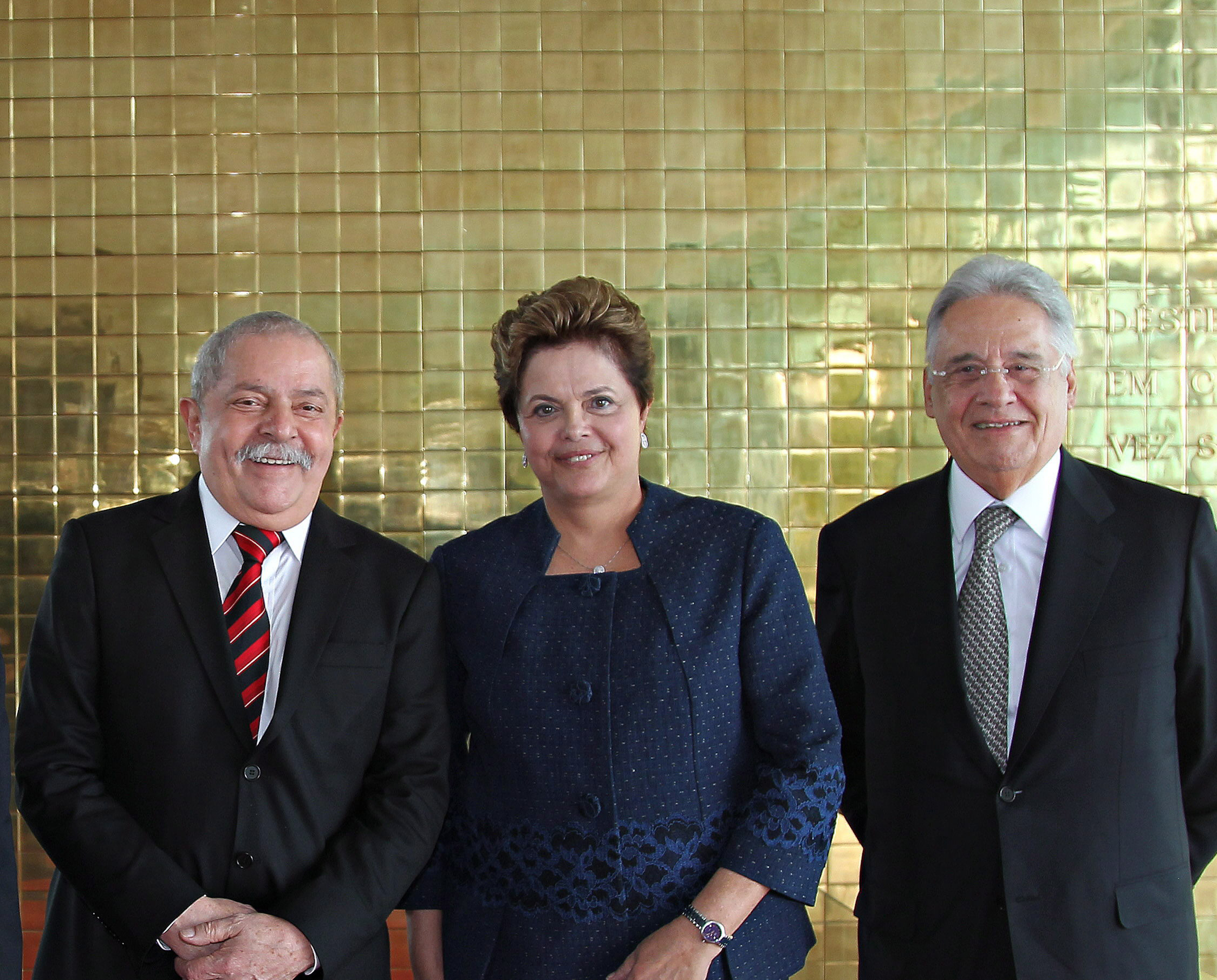 After an unusually aggressive electoral season, marked by mutual imputations of wrongdoing, Dilma Rousseff was re-elected president of Brazil on 26 October on a tight margin of a little over three percent. She faces tough challenges, many of which are a legacy of her less-than-satisfactory performance in her first term.

The electoral campaign left a taste of political impasse in Brazil. This was probably the most contested election since the end of the military regime three decades ago, and the result was the tightest. Some observers interpret the small margin of Rousseff’s victory over Aecio Neves, the candidate of the centre-right opposition, as a signal that the country is deeply divided, raising the spectre of a “venezuelisation” of the country.

This is probably nonsense. Brazil is not split into two ideologically opposed sides as Venezuela is. Despite their aggressive rhetoric, the two presidential candidates and their followers are closer in ideas than they like to acknowledge in public. The main problems of Brazil’s society are well known, and the policies and programmes that brought some measure of progress in the past 20 years are generally appreci­ated and well understood.

Therefore, neither candidate was likely to eliminate the social-inclusion programmes of which Bolsa Família is the best known internationally – a government scheme that pays cash to poor households if they send their children to school and have them immunised. On the other hand, no candidate seemed to know how to bring about the needed economic recovery, especially in manufacturing industries. Accordingly, they radicalised their rhetoric and focused on secondary issues, such as corruption. It is unclear to what extent voters recognised the substantial prox­imity of the two leading parties.

The tight victory margin is actually probably a sign of Brazil’s political maturity. All previous presidential elections since the end of military rule were won with bigger margins by charismatic candidates who seemed to be larger than life. In 1989, Fernando ­Collor de Mello appeared to be messianic, but he was impeached after his flaws became obvious in office. Fernando Cardoso won the presidential elections of 1994 and 1998, benefiting from his reputation as an intellectual opponent of the military and his track record as the finance minister, who had finally brought down inflation after decades of fast rising prices. In 2002 and 2006, Lula da Silva, a popular trade-union leader who also had strong anti-dictatorship credentials, prevailed.

In comparison, the candidates this year were more normal. And in normal circumstances, democratic elections tend to be tight, as the experience of Western Europe or the United States show. Voters like to choose between centre-left and centre-right candidates, making change in office a normal characteristic of political life. As in the past 20 years, Brazilians once more had the choice between two reasonable and plausible candidates, which is a sign of democratic health.

A cynical saying used to be popular, it went: “Brazil is the country of the future and always will be.” It implied that a small elitist leadership was not interested in developing the country, and that the masses had no influence. This attitude is a thing of the past. People are involved in politics, and the general aspiration of all relevant political leaders is to make progress.

Be it as it may, the times ahead were always going to be difficult, no matter who would win the election. For President Rousseff they may be slightly more difficult because, as an incumbent, she cannot get the kind of honeymoon a president-elect enjoys. Had Neves won, he would now have some time to set priorities, draft policies and organise the cabinet before the media and the public in general would start asking for results.

Rousseff, however, must act immediately. For a re-elected president, there is no excuse. The leader is supposed to have learned how to govern. Both her opponents and her supporters will want to see soon what she is doing with her second mandate.

The situation in Brazil is far from catastrophic and certainly better than, for instance, the current state of Western Europe’s economies. Nonetheless, it is far from satisfactory. According to the Central Bank, GDP has grown at very low rates in the first three years of Rousseff’s first term (2.7 % in 2011, one percent in 2012 and 2.5 % in 2013). This year’s rate is expected to be close to zero, and the expectations for 2015 do not look good either.

Rousseff’s problem is that “more of the same” will not do. Neves would have had to face the same problem. The success of the past two decades was the result of several interacting forces, and that dynamic has run its course. Very simply put, Brazil’s recent development model was as follows:

The foundations of this model were laid by Cardoso, and it was improved and consolidated by Lula. The results were good. Economic growth was strong, ever more people were included in mainstream society, and the UN Food and Agriculture Organisation (FAO) states that hunger was eliminated. Growth drove investments and formal employment. The trend was appreciated by the public in general.

Unfortunately, this virtuous cycle did not last forever. In the past three years, investment has been particularly recalcitrant. Private investment has been subdued for quite some time, and governments tend to cut public investment when demands for budget discipline become more vocal. For various reasons, including environmental protection and the rights of minorities, some major projects of the Federal Government are being held up moreover.

Consumer inflation has been oscillating a little below 6.5 % in the past three years. The Central Bank expects it to stay at this level for some time. The real incomes of those groups who cannot negotiate wage and salary increases are being eroded by this kind of multi-year inflation. Moreover, people’s confidence is hurt by the perception that inflation may run away. Many people remember painfully high inflation only too well.

Finally, there are rising concerns with the balance of payments. The deficit in the balance of current transactions is currently about $ 80 billion. So far, it was not hard to finance thanks to incoming foreign capital that boosted foreign-exchange reserves. It is dangerous to rely on such capital inflows, however, because they may suddenly stop. That risk is particularly relevant now that monetary policy in the USA is likely to change. So far, the Federal Reserve has been trying to stimulate the US economy with unorthodox policies that made money cheap. Once it reverses its course, US investors will fast loose interest in emerging markets.

The level of formal employment has been holding out surprisingly well. However, job numbers are now falling in manufacturing, although slightly, while employment in commerce and services is growing. In developing countries, the jobs in the latter sector mostly do not require a lot of skills and are not remunerated as well as jobs in manufacturing. In any case, it is healthy that formal-sector employment is still growing because it goes along with more legal rights and stronger social security than informal employment.

Rousseff must rise to these challenges. She must escape from a policy-trap Brazil is stuck in since the mid-1990s. The anti-inflation plan used the cheap imports to control domestic producers’ urge to raise prices. It was based on high interest rates that served several purposes such as limiting aggregate domestic demand and attracting capital inflows.

This kind of monetary policy, however, leads to an overvalued currency which reduces competitiveness of local producers in domestic and international markets. It is very effective for fighting inflation, but it makes business hard for local producers as domestic markets are flooded by cheap imports. So long as the prices for the agricultural and mineral commodities that Brazil exports stayed high, this policy was sustainable. The deceleration of the world economy, however, is hurting Brazil now.

To boost manufacturing in Brazil, productivity must rise in the long term. In other words, Brazil needs investments into productive capacities and must improve workforce skills. In the short to medium term, moreover, it is necessary to devalue the currency. Unless profits rise, manufacturers will not invest and the vicious circle of over-valuation, reduced competitiveness, rising imports, growing dependence on capital inflows and more over-valuation will perpetuate itself.

In such a context, it is not enough to stimulate the economy with expansionary aggregate demand policies that basically rely on increased consumption. That worked to some extent in 2009, but it is creating problems in current transactions. At the same time, it is risky to devalue the currency when inflation rates are over six percent a year. So far, Rousseff has not found a way to escape from this conundrum.

The social policies that were quite successful so far, however, seem to be approaching their limit. Extreme poverty is now limited to areas that general, broad-based policies like Bolsa Familia do not reach. More needs to be done than providing poor people with some kind of basic income. Brazil must improve education, vocational training, public health et cetera. The country needs innovative and more complex policies to move forward. It is a tall order. Brazil has become a more inclusive society, but disparities are still huge and the social needs of the masses are great. A new way has to be found to recover growth. President Rousseff has a new mandate to initiate the process. We all hope she will be up to it.