People who live in cities are more likely to become mentally ill than people in rural areas. This is the result of an evaluation of a number of related studies. The global trend towards urbanisation is increasing the risk of psychological distress: urbanisation is linked to mental-health hazards. 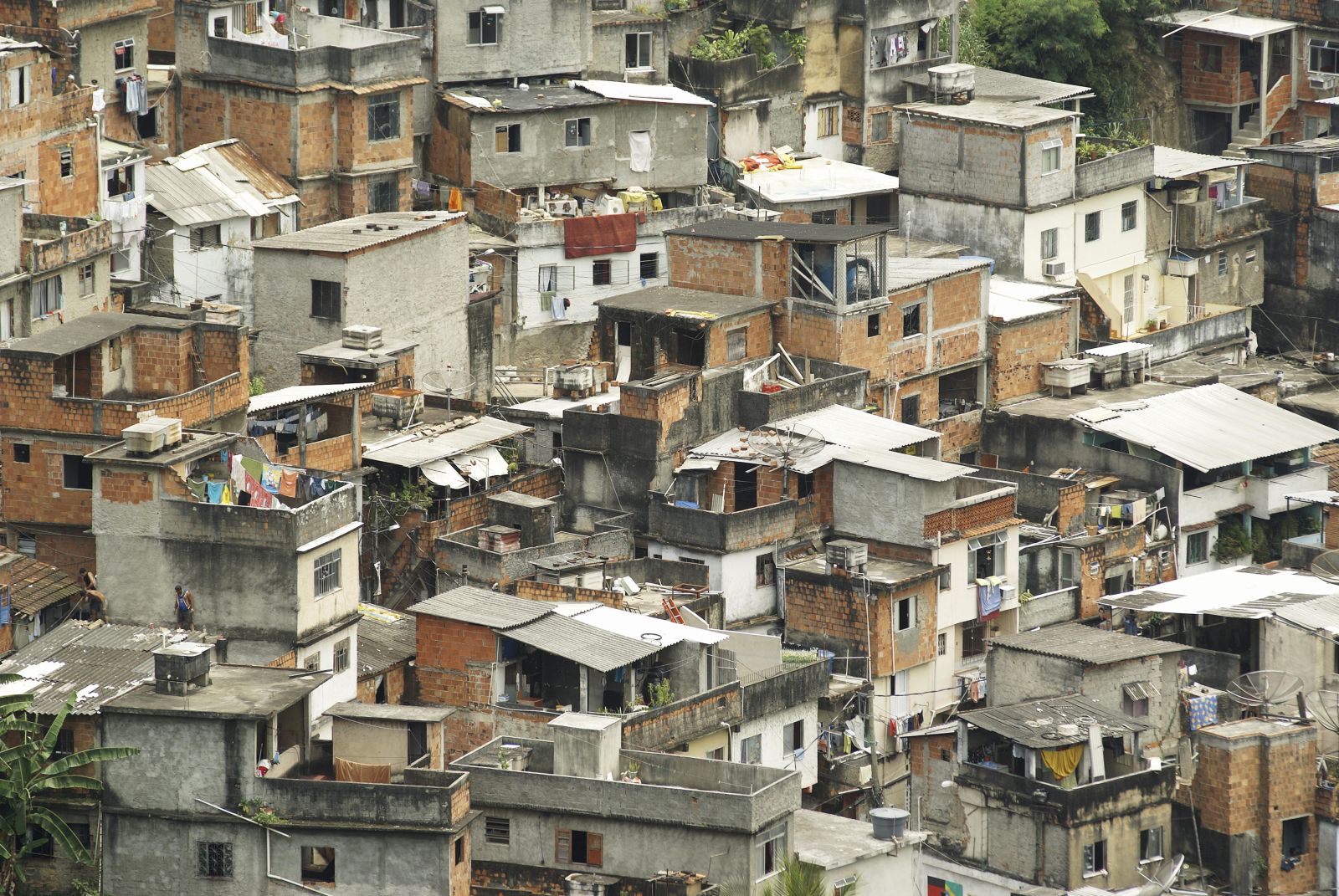 Kopp/picture-alliance/imageBROKER People who live in slums are more likely to develop mental disorders than other people. Favela in Rio de Janeiro.

More than half of the world’s population lives in cities, and the share is rising. Urban dwellers are exposed to more stress factors than people in rural areas, which has negative impacts on mental health. Stress is caused, for example, by poverty and living in confined spaces. Traffic noise and environmental pollution matter too. On the other hand, access to health care, jobs and education is better in urban centres – and that has positive effects.

Ärzteblatt is the German Medical Association’s science journal. It published a review of the scholarly literature on cities and mental health (Grübner et al, 2017). The article indicates that some of the most significant mental illnesses – including anxiety, psychotic episodes, mood or addictive disorders – are generally more common in cities. For example, anxiety disorders, including post-traumatic stress disorder, distress, anger and paranoia were more common in urban areas of various Asian and Latin American countries than in rural ones. The same was true for psychotic disorders – such as schizophrenia – in China, Germany and Denmark.

As the authors point out, however, correlation is not causation. Living in poverty can contribute to impairments associated with poor mental health – but can also be the result. With regard to how mental illness and city life are interrelated, the study states: “First, growing up in cities has an effect on illness risk, and second, higher amounts of people with health problems move to urban areas.”

Social risk factors for mental health in cities include:

Because of poverty, diseases such as depression and schizophrenia occur more often in disadvantaged neighbourhoods than in privileged ones, as studies in India have shown. That social exclusion and discrimination can play important roles in the development of schizophrenia is evident in migrants being statistically more likely to be affected than other people. The rates are particularly high among immigrants who visibly belong to a minority, for example West Africans in London or Moroccans in The Hague. Urban people who belong to minorities, including those with a migrant background, are also at above-average risk of depression and psychosis, the review essay reports.

Not only social factors cause stress. The environment matters too. Relevant issues include:

Research indicates that living close to a major road or airport is associated with higher levels of stress and aggression. The reasons are exposure to noise and air pollution. On the other hand, greater access to green space and better walkability was associated with less prevalence of depression. Physical activity actually promotes mental health.

The authors call for further research to better understand the functional relationships between urban life-styles and mental-health problems. Deeper insights could lead to better urban planning and transport management and thus help to reduce the risks of mental illness.

The role of the IMF in the global debt crisis

Experts debate on how to achieve green economy