For a long time, Afghanistan’s government pressed Washington to engage in peace talks with the Taliban. Now the Trump administration is negotiating with Islamist militants, but not involving the Afghan government. 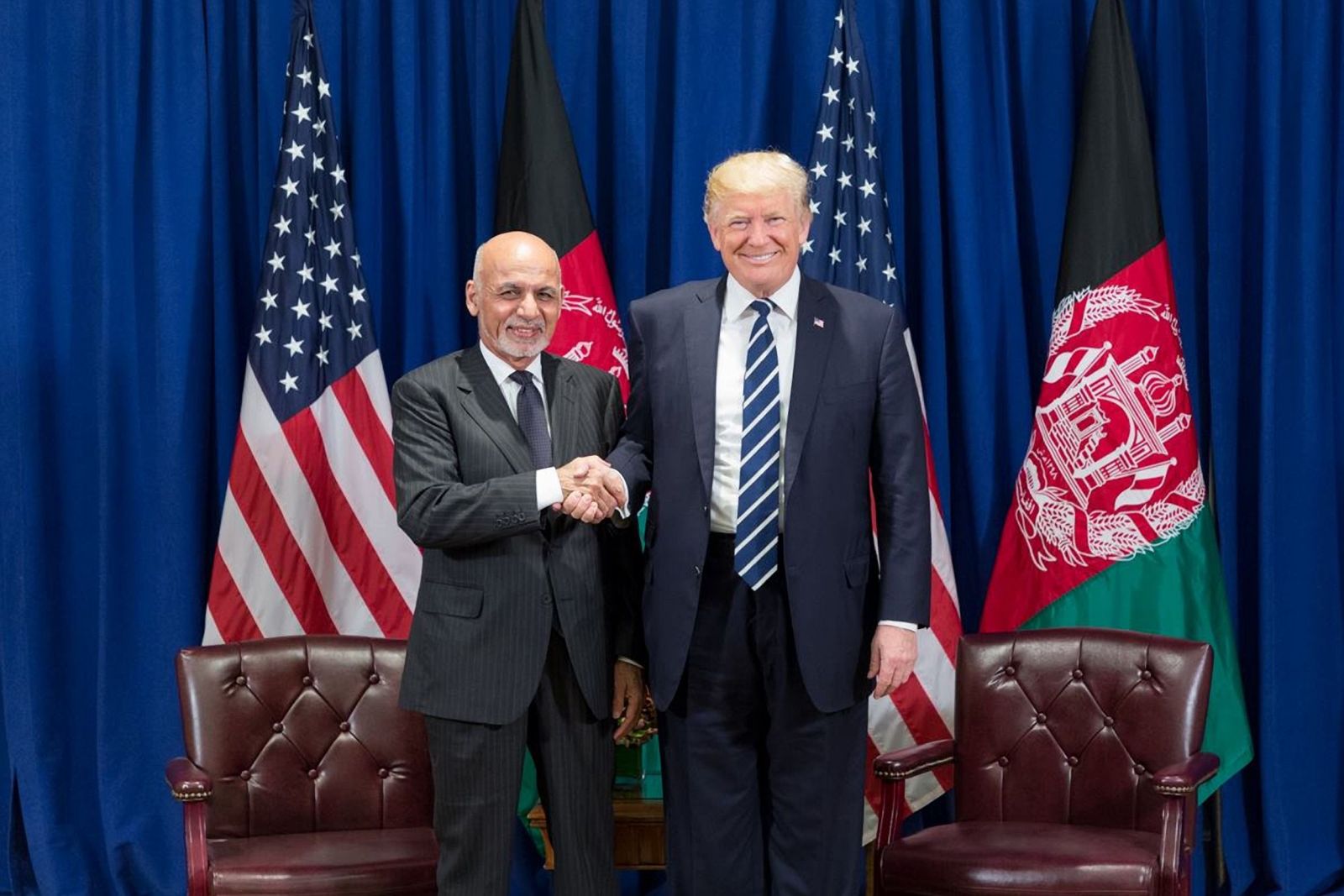 Shealah Craighead/picture-alliance/ZUMA Press That was then: Trump and Ghani in New York in 2017.

In late 2001, a bit more than 17 years ago, a remote and war-torn country became the focus of global attention. The September 11 attacks on New York and Washington had been planned by Al Qaida, a terrorist organisation, which was largely based in Afghanistan. In cooperation with opposition militias, US troops toppled the Islamist Taliban regime. They were soon supported by an international coalition with a mandate from the UN Security Council. An immense amount of financial, military and humanitarian aid poured into the country. The international alliance pursued a double goal: the eradication of terrorism and the democratisation of Afghanistan.

Despite all the generous help, one third of the country’s people still live below the poverty. Humanitarian assistance is still needed. Compounding the problems, statehood remains fragile because of resurgent extremist militants. The elected government needs military support.

For one and half decades, Afghanistan was a top concern of US policymakers. For obvious reasons, President Donald Trump now seems eager to withdraw. The war has proven long and expensive. In fact, it is now the longest war in US history. It is also increasingly unpopular, not least, because the Taliban have been gaining ground in recent years. His administration has started peace talks – without involving the government of President Ashraf Ghani.

The great irony is that the Afghan government has for years wanted to bring the Taliban to the negotiation table. It even offered them positions in the government. The Taliban turned down the offer and refused to talk to those they called “American puppets”. Washington, by contrast, always considered the Taliban terrorists, unworthy of diplomatic acknowledgment. Trump has turned everything up-side-down and is keen on a timeline for troops withdrawal. By marginalising the elected government, he is basically abandoning the democratisation policy.

The US-Taliban talks have gained considerable momentum. Both sides want to reach an agreement. The Taliban sense an opportunity, not least in view of the absence of the Afghan government.

Trump’s approach to foreign affairs does not look coherent however. On the one hand, he says the USA should not play the role of world police and avoid paying for the defence of others. On the other hand, he wants the USA to remain an unrivalled superpower that can wield overwhelming force if required. Withdrawing from crisis regions obviously serves the first goal, but it weakens the USA’s geostrategic reach. Accordingly, Trump’s plans are not only opposed by Ashraf Ghani, Afghanistan’s president, but also by many legislators, including from his party, the Republicans, in Washington.

In Afghanistan, people worry about what the growing clout of the Taliban may mean. Especially in urban areas, there has been considerable progress since the Taliban regime fell in 2001 in regard to human rights, freedom of speech and women’s rights, for example. Economic and political institutions have become stronger, though not strong enough. Democratic ideas have taken root. It would make sense to foster them. Some refugees have opted to return from abroad, while others still think doing so would be too dangerous.

The current course of the US administration is adding to the worries. Unmeasured and hasty decisions could have devastating consequences. By side-lining Ghani and his government, moreover, the US is set to gamble away everything it and its allies achieved in almost two decades of sacrifice and expenditure.

In 2001, Afghanistan was the country where western powers decided to prove their development model to work. They did not live up to that ambition, but their involvement kept hope alive in Afghanistan. If the USA now abandons Afghanistan’s people and leaves them at the mercy of Islamist extremists, that will not be forgotten – neither in the country concerned, nor elsewhere in predominantly Muslim countries.