The end of certainties

Due to the ever-changing policy environment, the rules that apply to official development assistance (ODA) have always required periodic reassessments. It is a constant challenge to reconcile conflicting demands and goals. Greater aid effectiveness, for example, is one such goal, but pressure has grown to align ODA with security policies. Reaching consensus on issues of global sustainable development and ODA is not easy.

last contributed to D+C/E+Z in summer 2019 as a research programme director at the German Development Institute / Deutsches Institut für Entwicklungspolitik (DIE) and as regular visiting professor at Stanford University. 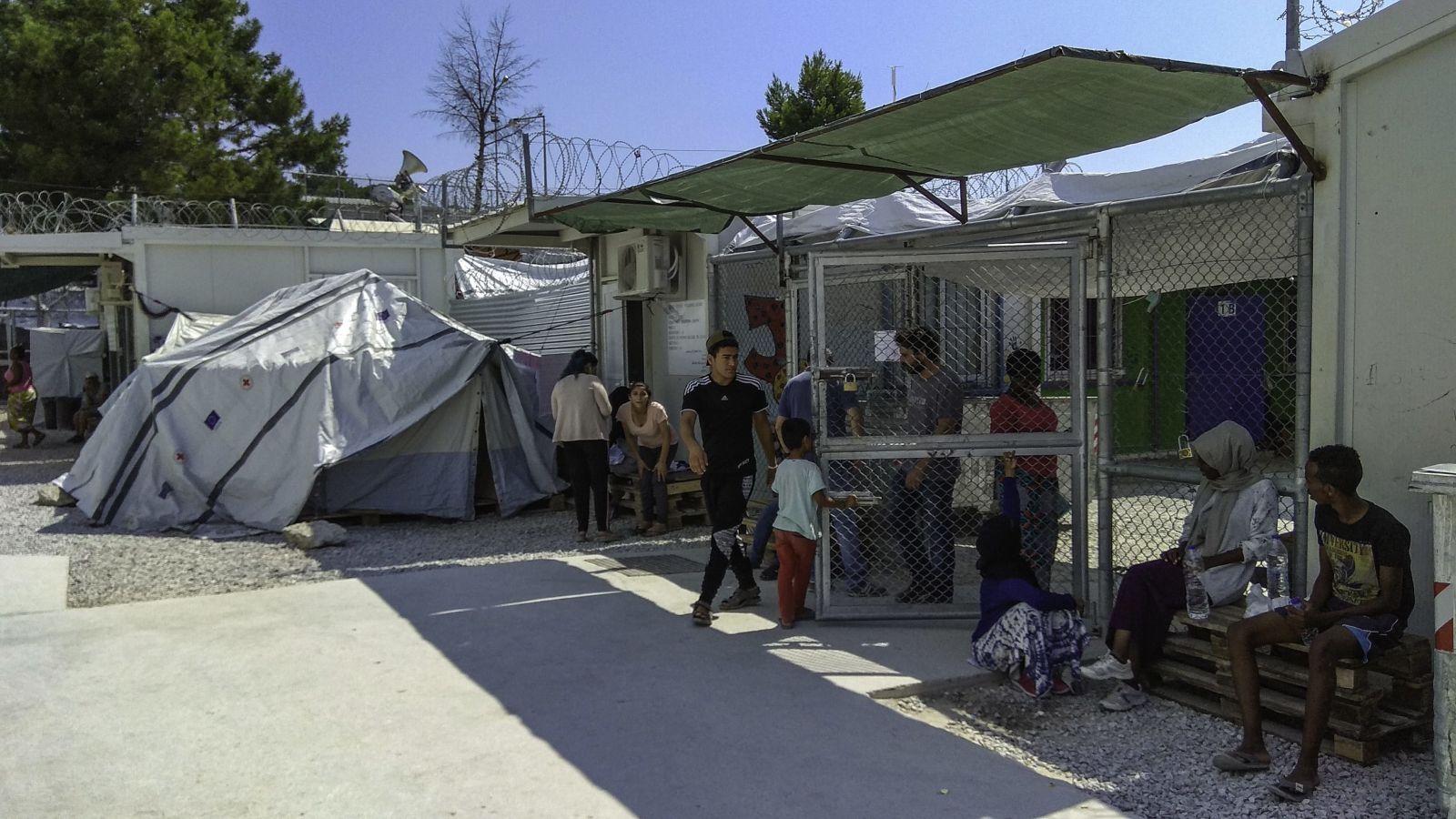 Nicolas Economou/picture-alliance/NurPhoto Spending on refugees in OECD countries counts as ODA: Moria refugee camp on the Greek island of Lesbos.

In 2017, a high-level panel of the Development Assistance Committee (DAC) of the OECD (Organisation for Economic Co-operation and Development), claimed that four international agreements had established a “new consensus development agenda“:

The committee had a point. Yes, it does make sense to focus on these agreements and consider them the basis for developmental action. However, one must also take into account recent trends that are not necessarily conducive to such a consensus. Even among OECD donor countries, priorities and goals differ widely.

Last October, Federica Mogherini, the EU’s foreign affairs chief, and Bill Gates, the American billionaire, whose foundation is a major player in aid affairs, both addressed the European Parliament on the future of European ODA. It became clear that their visions are worlds apart. While Mogherini stressed that ODA resources had helped to ease the pressure of recent migration, Gates pointed out the massive potential of technological innovation for addressing global health issues.

A new analysis (Gonsior/Klingebiel 2019) confirms that visions differ widely among policymakers in regard to global development. Affected are:

Discussions of these matter tend to run side by side in a largely unconnected and often contradictory manner. At the operational level, for instance, it is important to sharpen further locally based programmes and improve project design with an eye to involving local target groups and clearly defining the roles of participating institutions. Such concerns, however, hardly matter in donors’ evolving broader narratives, which were largely dominated by migration concerns in recent years.

It is therefore quite a challenge to properly assess the current state of international development cooperation (DC). Changes inside and outside the international policy arena relate to fundamental challenges. They go significantly further than they did in the past. Five trends are noteworthy:

For years, it was regarded an indication of lacking development orientation when a donor government geared DC to its immediate interests. Accordingly, untying aid (not requiring goods and services to be purchased from the donor country) and promoting good governance were benchmarks for good development policy.

The most dramatic change in recent years was that migration targets became important in DC. Instruments such as the EU Emergency Trust Fund for Africa (EUTF) have made a difference. Increasingly, ODA of European donors and the USA is being used in support of countries that are considered relevant for stemming migration.

At the same time, other donor interests are increasingly re-emerging in policy discourse. This applies rather generally. For example, terms and conditions of DC are used as levers in international economic competition. Emerging market governments notably do this in south-south cooperation, and Britain is attempting to use DC to limit the negative impacts of Brexit. It also matters that addressing global public goods such as health care or climate protection does not fit easily into categories of national interests.

The past 15 years were marked by an increase in south-south cooperation. However, there is still no common understanding of what precisely south-south cooperation is and how it should be monitored. The UN Conference on South-South Cooperation (BAPA+40) in Buenos Aires in March (see article by Luiz Ramalho et al. in D+C/E+Z e-Paper 2019/07, Focus section) failed to find new ways forward. There is no common platform on which OECD donors and the financiers of south-south cooperation could agree on fundamentals, norms and standards. Existing forums are either not accepted by all players or do not lend themselves to negotiations. ODA and south-south cooperation are running on parallel tracks, with no relevant exchange taking place.

Owing to economic progress in recent years, the number of countries that the OECD classifies as “developing” is declining. Since 1970, only eleven countries were added to the list (predominantly former republics of the Soviet Union), but 60 countries were taken off. The latest countries to graduate into the high-income category were Chile, the Seychelles and Uruguay in early 2018. Major ODA recipient countries such as China and Turkey will follow suit in the not so distant future. It needs to be considered carefully what impacts this trend will have on development cooperation as a policy area and what form cooperation should take with countries that are no longer ODA eligible (see article by Michael Krempin in D+C/E+Z e-Paper 2019/07, Focus section).

ODA is only one part of development finance. Even in the least-developed countries, taxation matters very much. According to OECD data, 43 % of their development finance depends on such domestic resources. In upper middle-income countries, the respective share is 78 %. National revenue services are thus the main source of development funding worldwide (see article by Dereje Alemayehu in D+C/E+Z e-Paper 2019/07, focus section). It generally makes sense to rely on more diversified sources since doing so means that more money becomes available and ODA dependence is reduced. The challenge, however, is that financing conditions may well be worse and/or non-transparent than those that apply to ODA. All too often, moreover, policymakers do not prioritise SDGs.

ODA can serve to boost development and bridge funding gaps, especially in countries with limited domestic resources because of a poor tax base, low private investment or low remittances from migrants. Another challenge is that it is very difficult to harness all relevant financial flows for development purposes.

5. After the aid effectiveness debate:

Multilateral principles for improving aid effectiveness were spelled out in the Paris Declaration in 2005 and the Busan Declaration in 2011. They still apply. Unfortunately, the momentum this effectiveness debate once had has largely given way to more hard-nosed approaches among donor governments. The political will to work on reforms has largely subsided. Britain, a prominent long standing protagonist of increasing effectiveness, is now distracted by other issues. Many donors seem to have largely abandoned former priorities, such as programme-based approaches. Instead, ad hoc contributions to multilateral donors and thematic allocation have given rise to new approaches. In Germany, this applies to the special initiatives taken by the Federal Ministry for Economic Cooperation and Development (BMZ), for example. These changes rarely figure in current international debate, but they concern fundamental issues.

The fact that the number of developing countries is declining does not mean that cross-border cooperation is no longer needed. On the contrary, cooperation is more important than ever if sustainable development is to be achieved. Such cooperation must include ODA, but it must go far beyond conventional development efforts.

Whether a donor government should prioritise strengthening democracy or promoting renewable power generation in a partner country depends partly, but not entirely on a country’s income status. At present, donor governments are only making tentative attempts to promote sustainable development outside the “developing country” category. They should tap the huge potential for supporting multi-actor programmes, for example in regard to reducing carbon emissions at subnational levels. A fundamentally new understanding of cross-border cooperation is needed, and it will prove useful in many fields of policymaking, including ODA.

Stephan Klingebiel is a research programme director at the German Development Institute / Deutsches Institut für Entwicklungspolitik (DIE) and a regular visiting professor at Stanford University. This article was written before he took leave from DIE in mid-June to head the UN Development Programme’s Global Policy Centre in Seoul.
stephan.klingebiel@die-gdi.de

High-Level Panel of the OECD Development Assistance Committee, 2017: A New DAC in a Changing World.
https://www.oecd.org/dac/Report-High-Level-Panel-on-the-DAC-2017.pdf