Everyone should be able to decide how many children to have – and when. Such freedom of choice would prevent unwanted pregnancies, improve the health of mothers and children and reduce poverty. Family planning serves development.

last shared her views in D+C/E+Z in summer 2017 as executive director of DSW (Deutsche Stiftung Weltbevölkerung), a non-governmental organisation. 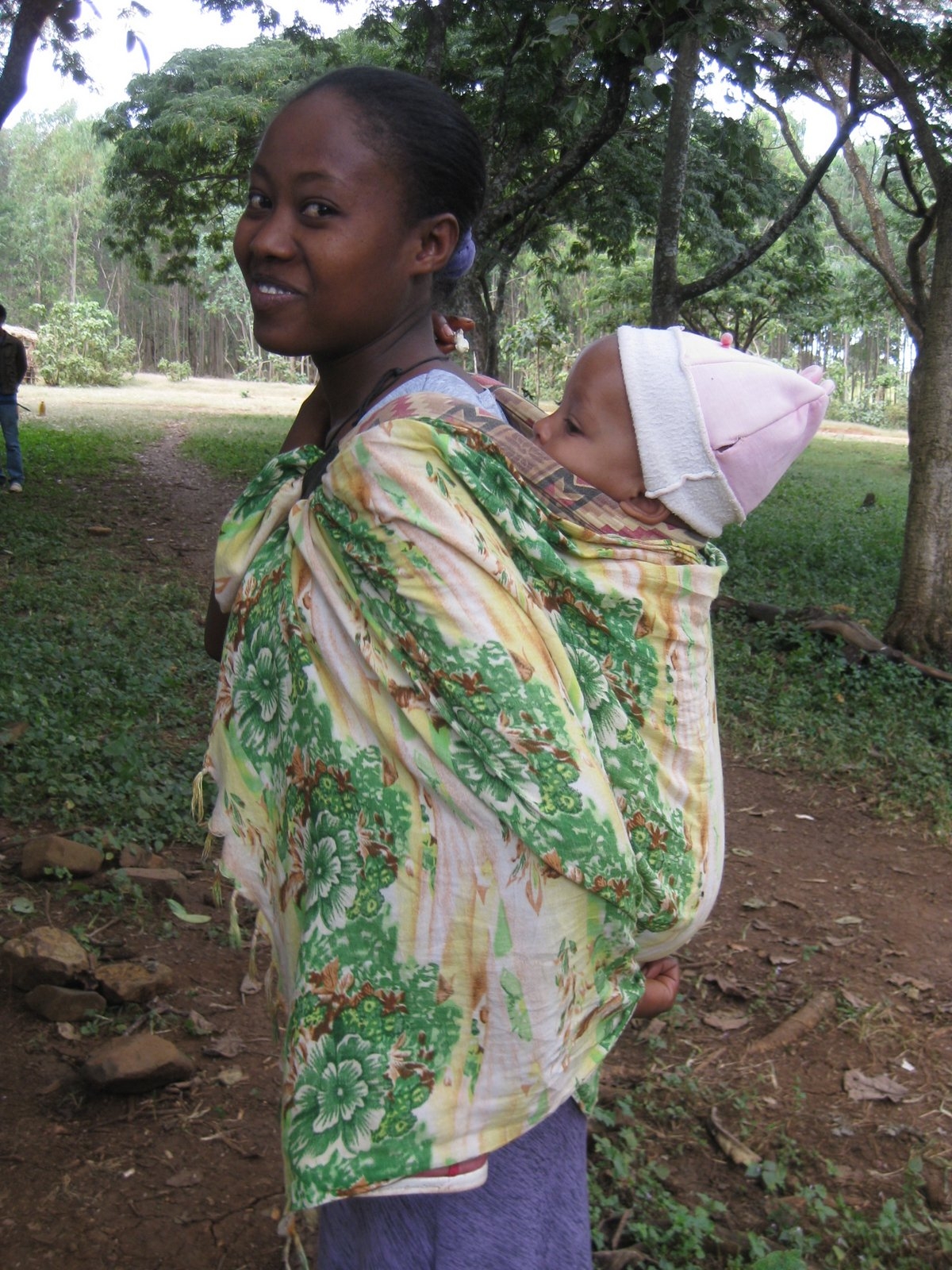 Motherhood should be a choice, not a fate. DSW

The world population is growing. The United Nations estimates that there will be 9.6 billion people on Earth by 2050. Today there are 7.2 billion. The term “growth”, however, doesn’t adequately describe the demographic changes taking place around the world. The notion of population dynamics is more appropriate. In sub-Saharan Africa, for instance, the population is growing, but in other areas of the globe – particularly in Europe – it is shrinking. Furthermore, the age structure of societies is changing, and people are also moving from rural to urban areas or migrating from one country to another.

Poorer regions are experiencing the highest rates of population growth. The UN expects the number of people living in sub-Saharan Africa to more than double from around 900 million today to around 2 billion in 2050. Worldwide, the average number of children per woman has dropped from roughly five in the 1960s to 2.5 today. This dramatic decrease can be attributed above all to rising prosperity in Asia and Latin America. In sub-Saharan Africa, however, fertility rates have declined much more slowly, slipping from 6.6 children per woman to 5.1 children during the same period. Studies have shown that in some places, this decline has even slowed down in recent years.

Fertility rates are high in Africa primarily because people do not have access to up-to-date contraceptives. In 2012, 60 % of the women and girls who wanted to use contraception had no opportunity to do so. That number represents a slight improvement from 62 % in 2008.  Across all developing countries, 26 % of women – over 220 million people – lack access to contraception. These women tend to be poor, young and uneducated, and they mostly live in rural areas. In sub-Saharan Africa, women in the top income bracket are three times more likely on average to use contraceptives than women in the lowest income bracket. Wealthier women are more educated and earn more money, so they have better access to information and more freedom of choice in regard to contraception.

High fertility rates, which can be explained in part by unwanted pregnancies, mean that many developing countries have large numbers of children and young people. Two out of five people in the least developed countries are under 15 years old. A young society combined with a high fertility rate leads to a very high rate of population growth.

Many women in developing countries have more children than they want because they lack access to contraception or are not informed about their options. Often women cannot convince their partners to use contraception. In Ethiopia, for example, women have 4.8 children on average, but they would prefer to have only three.

Many parents in developing countries want more than two children because they cannot rely on a public pension system. Instead, elderly people depend on their children for care. Since many children die shortly after birth, parents choose to have large families in the hope that some of the children will survive.

Measures to reduce child and infant mortality rates can have a big impact on family sizes, and that is equally true of better education and employment opportunities for women. Family-planning programmes that provide information about the health advantages and socio-economic benefits of smaller families can also change parents’ attitudes.


The human-rights based approach

Family planning cannot be treated as a way to influence population dynamics. At the United Nations World Population Conferences in Bucharest (1974) and Mexico City (1984), family planning was still considered a means to an end. A paradigm shift occurred at the International Conference on Population and Development in Cairo in 1994. From that point on, demographic problems have been tackled using a human rights-based approach: 179 countries agreed that it improves individual lives and contributes to a country’s development to promote women’s rights and provide access to education and healthcare, including sexual and reproductive health services (see box below).

If women and girls are informed about and have access to contraception, the health of mothers and children improves. The study “Adding it up: Costs and benefits of contraceptive services” provides specific figures that back up this claim. If the family planning needs of people around the world were met,

The health benefits of voluntary family planning are particularly great for girls and young women. Because their bodies are not mature enough to bear children, women below the age of 19 are twice as likely as older women to experience complications or even die as a result of pregnancy or childbirth. Complications of labour like obstetric fistula are also more common in very young women.

If women have the opportunity to space out their births, they can participate more in the labour force and increase their household incomes, as the Matlab programme in Bangladesh successfully demonstrated (see interview with Najma Rizvi page 146 f.). Following this model, the Bangladeshi government launched large-scale cooperation with non-governmental organisations. Healthcare workers visited villages in the district of Matlab in the late 1970s. They offered married women a variety of contraceptives and taught them how to use them. Two decades later, fertility rates had dropped between 10 and 15 % and the women’s income had increased by a third. Child survival rates, school attendance and maternal health all improved as well. The average household assets in the villages that took part in the programme were about 25 % higher than in comparable villages.

Developing countries with a young population have an opportunity to reduce poverty and speed up development if governments make use of the so-called demographic dividend. This dividend comes about if a country’s young people reach working age while birth rates are dropping, lowering the share of children in the overall population. If there are also relatively few elderly people, the number of people who can work rises in comparison to the number of dependent people who must be taken care of  – typically, the very young and the very old.

If people of working age find decent work and an economy grows, the government can generate additional revenue that it can use for improving the standard of life for everyone in the country. The fast development of Asian tiger nations proves that this model works. Nevertheless, political planning is required: success depends on investments in health care, sex education, good formal education and decent work for young people. It is important to note, moreover, that similar trends have been evident in Asian as well as in Latin American countries that are marked by different religions in spite of many faith leaders opposing family planning in principle.

DSW has carried out educational and family planning projects in East Africa for over 20 years. Our experience has taught us that education is most successful when young people are simultaneously made aware of the opportunity to live better, financially-independent lives. In approximately 400 youth clubs in Ethiopia, Kenya, Tanzania and Uganda, our young trainees inform their peers how they can best protect themselves from unwanted pregnancies and HIV. These efforts are linked to other educational opportunities.

We invite parents, teachers, members of the community as well as local and religious leaders to contribute to such programmes. In order to achieve long-term results, DSW works to convince political leaders in project countries to devote more attention and more funds to health in general and to reproductive health in particular.

The German Agency for International Cooperation (GIZ) confirmed in an independent assessment that DSW is making a lasting difference in young people’s lives. Twenty year old Mulu from Ethiopia said: “If I hadn’t taken part in the project offered by DSW, I would probably be sitting at home with my children, obeying my husband. But now I’m earning my own income. I only want a partner if he respects me as his equal.”

The Programme of Action adopted at the UN conference in Cairo in 1994 called upon international donor agencies to cover one third of the cost of sexual and reproductive health care in developing countries, including family planning. The recipient countries were supposed to cover the rest of the costs themselves. Unfortunately, donor and recipient countries have both failed to meet this goal.

It would cost $ 8.1 billion a year to provide contraception to all the women who want it. The money would primarily be spent on contraception, personnel and health-care systems. That sum is $ 4.1 billion higher than the amount that is being invested today. But the investment would pay off, both from a human rights and a financial standpoint: if an additional $ 4.1 billion were invested in up-to-date contraception in developing countries, unwanted pregnancies and unsafe abortions could be avoided. Doing so would save an estimated $ 5.7 billion worldwide, money that would otherwise be spent on the care of mothers and newborns.

At the London Summit on Family Planning in 2012, representatives from governments, international organisations, private-sector companies and civil society put family planning back on the global agenda. The participants agreed to contribute an additional $ 4.6 billion for education, contraception, personnel and health-care systems by 2020. The money should help meet the needs of 120 million more women in the poorest countries in the world. This commitment represents an important milestone, but much more needs to be done to ensure universal access to modern contraception and family planning.

Recipient and donor countries must both significantly increase their financial and political commitment. The need to create a post-2015 agenda offers the international community an opportunity to adopt goals that would promote sustainable, human rights-based development on a global scale. These goals should include:

In addition, statistical capacities must be improved in order to better understand and shape population dynamics. During the last legislative session, the German government pledged to increase funding for family planning by € 400 million from 2012 to 2015 with its “Initiative on Rights-Based Family Planning and Maternal Health”. Germany has taken an important step into the right direction. Hopefully our new government will be equally dedicated to improving the lives of women and children..