A matter of power and interest

Foreign trade can promote development. But whether exports flourish and whether they increase welfare is largely a matter of political interest. Mozambique’s government has so far failed to take the opportunities presented, and development policy can help only up to a point. 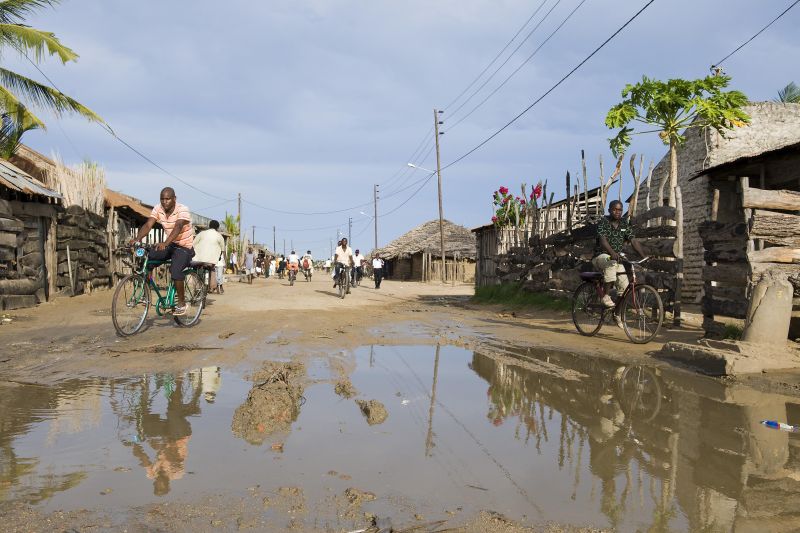 Although Mozambique’s economy has registered high growth for years, the country’s development is stalled: poverty and income inequality are increasing, and the Human Development Index is still among the lowest worldwide (180th of 188). There is no improvement in sight because the economy also has a chronic foreign-trade deficit. This means that the country spends more on imports than it earns from exports and has so far failed to strengthen its export base. The annual deficits are financed by loans, development aid and inflowing foreign investment. In recent scandals, it also came to light that the government has been engaging in clandestine deals, some involving arms imports, and the state is massively indebted as a result. Major donors have responded by suspending aid flows, prices are rising, the currency is falling, investors are holding back, and living standards for many Mozambicans are worsening. The state needs to tighten its belt.

In principle, national economies can achieve welfare gains through foreign trade: countries that sell a lot of goods abroad generate income that can be invested in development. In Mozambique, however, exports remain weak (see box), and the little foreign trade income that is generated does not help reduce poverty. There are a number of reasons for this:

The Mozambican government has so far not been very successful at tackling the foreign trade deficit. It propagates import substitution – which is urgently needed in Mozambique’s consumer economy – but to little avail.

There is also no comprehensive foreign-trade strategy that addresses development issues. The government keeps drafting papers but there is no clear policy line. The same applies to industrial policy, the promotion of small businesses and agricultural strategy. They are not coordinated, they set out no priorities, and there is not enough money or resources available to implement them. What is more, individual ministries are often unable to take cross-sectoral measures.

In the meantime, there is at least a strategy in place specifically to promote exports: special Chinese-style economic zones are to be created (for example in the Nacala Corridor or Belulane Park near Maputo), offering good infrastructure and massive tax breaks for exporters. It remains to be seen how successful the special economic zones are.

For many years, international donors have also tried to support foreign trade, for example through initiatives such as Aid for Trade. They assist ministries, help with transport and logistics or promote tourism. But that support is mostly uncoordinated and rarely addresses root causes. Since new gas deposits were discovered, a number of organisations have offered vocational-training programmes for local businesses so that they can qualify as gas and oil production suppliers (for instance through the SOGA programme, in which GIZ is involved).

The European Partnership Agreement (EPA) has also just been signed, exempting nearly all exports to Europe from quotas and tariffs and creating incentives for European companies to establish export bases in Mozambique. But that does not necessarily mean anything: the European Union’s “Everything but Arms” initiative and the US “African Growth and Opportunity Act” both offered better export opportunities, but they were largely not used. The economic climate in the country first needs to be improved.

The first modest development successes could be seen in the sugarcane and tobacco industries in the last years. With donors’ and foreign investors’ capital help, “outgrower” programmes have been created to integrate small farmers into supply chains and thus help provide them with a better livelihood.

Recent studies show that most poor countries are in a similar dilemma (Krause/Kaufmann 2011; Altenburg/Lütkenhorst 2015). They need intelligent foreign trade, industrial and development policies because market mechanisms alone are not enough. But that necessitates good governance, that is government interest in the common good as well as political and economic rules that do not serve a simple limited access order but help pave the way to an open access society. There are few signs of this in Mozambique; short-term individual profit interests prevail.

Systemic political and economic problems of this kind cannot be resolved by foreign-trade promotion alone, which is why even the extensive efforts of international donors have so far often come to naught. The environment can be influenced only slowly, from within and through civil-society engagement. Persistence, patience, realism and the readiness to work with what is available are key requirements. Success will not lie in patent remedies and one-size-fits-all models. “Islands of efficiency” need to be created in the existing landscape. Promoting collective action, for instance in “outgrower” communities, may be a step in that direction.

Winfried Borowczak is a social economist and independent consultant specialising in private-sector and organisational development in Africa and Portuguese-speaking countries.
winborow@aol.com