German approaches to switch to renewable energy systems are successfully being exported. So far, 144 countries – including more than 90 developing and newly industrialising countries – have introduced feed-in tariffs along the lines of the German Renewable Energy Act. Falling costs, especially for photovoltaics and wind power, are driving development. 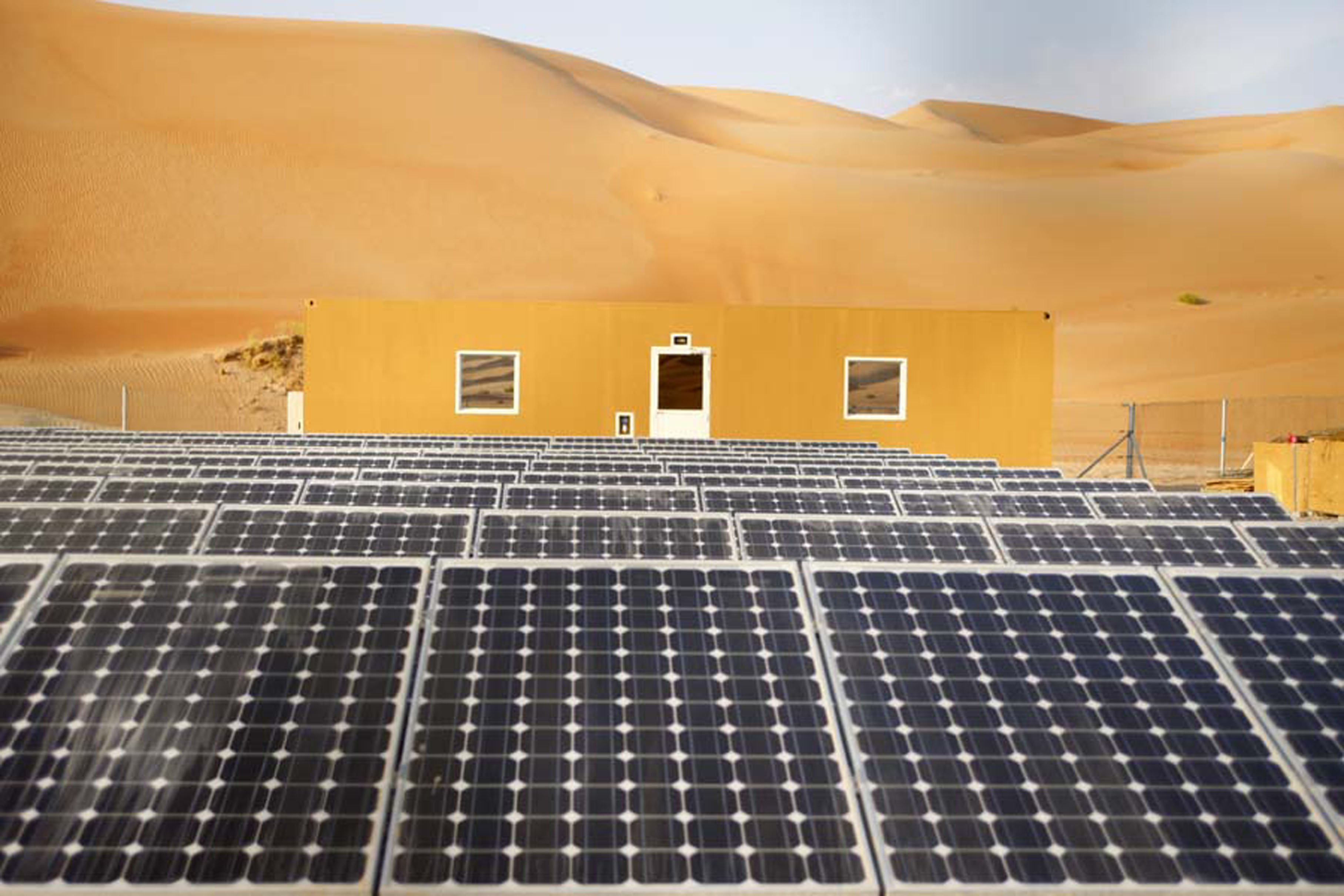 There are not many words in the German language that are understood internationally. Energiewende is one of them. It means transition to renewables. Frank-Walter Steinmeier, Germany’s foreign minister, is proud that, unlike Angst, Kitsch or Schadenfreude, it points to a “positive side of Germany”. That is what he told participants at the first Berlin Energy Transition Dialogue, a conference hosted by the Federal Foreign Office and the German Renewable Energy Federation (BEE) in Berlin in late March.

Worldwide, three objectives will shape the future of energy supply: sustainability, security and efficiency. At present, plummeting costs are the most important factor that drive the spread of renewable energies. According to Adnan Amin, director-general of the International Renewable Energy Agency (IRENA), the last four years saw prices for photovoltaic systems fall by 75 %. Today, it is often cheaper to generate solar power than to produce energy from fossil fuels.

Things are a bit different in oil and gas producing countries, where fossil fuels will stay cost efficient for the foreseeable future. Nonetheless, even countries in the Middle East plan to step up solar and wind power generation in view of increasing economic viability. “We see ourselves as pioneers in clean energy,” says Suhail Al Mazrouei, the energy minister of the United Arab Emirates. He argues there should be a level playing field, and all energy sources should be used in the best possible way. However, his targets for renewables are comparatively modest. They are projected to account for only seven percent of the country’s energy mix by 2030.

The desert kingdom of Kuwait similarly wants to make better use of its massive potential for wind and solar energy, according to Ali Saleh Al-Omair, the oil minister. His plans include a pilot project that will supply 120,000 households with solar power and a scheme to fit all government buildings with photovoltaic systems. Moreover, there is a commitment to get the energy the desert country needs for seawater desalination from solar thermal power plants.

Drive down dependence on imports

Another driver of renewables growth is many governments’ desire to diversify  energy supply in order to become less dependent on imports. Steinmeier says that the growing number of global crises is contributing to this trend because transport routes for oil and gas are becoming less safe. He points out that Europe is not alone in needing to reduce its dependence on energy imports by both diversifying and decentralising supply.

Maria van der Hoeven, the head of the International Energy Agency (IEA), sees energy security as a “common bond”.  There are five kinds of renewable power sources (wind, solar, hydro, geothermal and biomass), and according to van der Hoeven, every country has access to at least one or two of them. Making use of these options would boost regional economic activity and reduce import costs.

Mokgadi Modise of the South African National Energy Agency appreciates the opportunities, but stresses that rural communities must not feel they are being denied access to the national grid and palmed off with second-rate off-grid photovoltaics. For this reason, photovoltaics sometimes has a bad image, he says, so it is important to involve communities in planning at the appropriate time, raise public awareness and eventually give more people access the grid.

Liu Qi, the deputy director of China’s National Energy Agency, sees renewable energy supply as an important contribution to fighting poverty. He reports that wind power and solar energy are currently being used to promote industrial development and create jobs in China’s comparatively poor west. “With a 6 to 8 megawatt solar power plant, we can help lift 8,000 to 10,000 people out of poverty,” Liu says. There are now 35,000 decentralised photovoltaic systems in China’s western provinces, according to him, and even disadvantaged households earn money from feeding electricity into the grid.

Malaysia is taking a similar approach. “We rely on photovoltaics to electrify rural areas and thus empower poor sections of the people,” says Datuk Loo Took Gee of the Ministry for Energy, Green Technologies and Water. Efficient administration and the removal of bureaucratic red tape matter. In Malaysia, a special agency has been created to oversee the implementation of the Renewable Energy Act and feed-in tariffs. For greater transparency, Gee reports, all relevant information is published online. This also helps to prevent corruption.

To avoid excessive promotion, Gee stresses the importance of adjusting tariffs and other promotional systems in line with changes in prices and costs. In Malaysia, he points out, a levy system, modelled on the one in place in Germany, has been adopted to spread the burden of financing renewables-based electricity across the broad mass of electricity consumers. He says that policy makers must find the right balance of social objectives and energy supply.

“Reliable frameworks and functioning administrative structures are vitally important for attracting public and private investors,” says Amran Henad Al Kuwari, head of the Green Gulf consultancy based in Qatar. Renewable energies may have become a lot more economical, he explains, but they are still fraught with risk. That is because many countries have no experience of the technologies, there are no local reference projects or experts and the upfront investment is still high.

For this reason, Karsten Sach of Germany’s Federal Environment Ministry sees “strong public-sector commitment and incentive schemes such as feed-in tariffs” as key requirements for ensuring commercial viability and strong private-sector engagement. Hermann Albers of the German Renewable Energy Association agrees: “Ultimately, we need to create a fair market and integrate CO2 costs in prices so that renewables can leverage their growing competitive strengths. Then state support can be rolled back.”

He warns that that day is still a long way off however. Carbon emissions are  currently traded at around six euros per tonne. To make emissions trading an effective tool of environmental policy the price would have to be at least € 40 to € 50, Albers reckons.