“Violence and grief every day”

contributed to D+C/E+Z in summer 2016. He works at the Guatemalan organisation SODEJU – FUNDAJU (Sociedad para el Desarrollo de la Juventud) in the field of violence prevention. The programme is supported by the German NGO AWO International.
jovipuluc@gmail.com 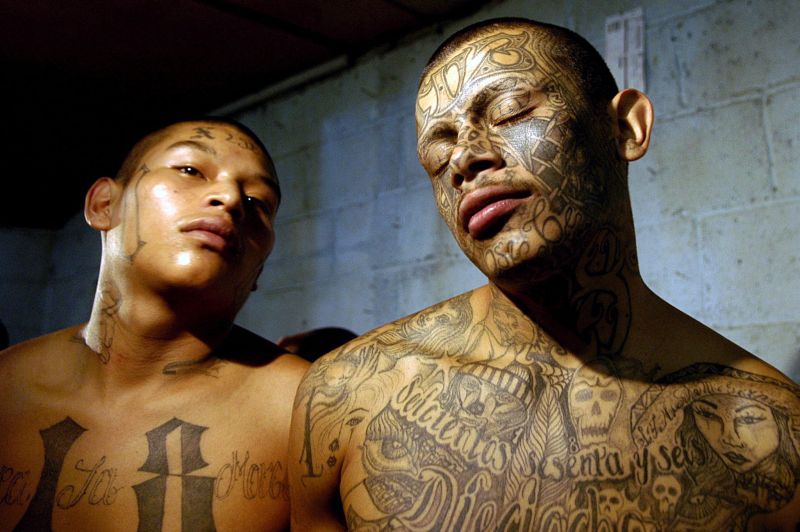 picture-alliance/dpa Two members of the gang “Maras 18” pose after their arrest in Guatemala.

To judge by homicide numbers, Guatemala is high on the list of the most dangerous countries, and often young people are perpetrators. Why do so many minors turn to crime?
A third of all 13-29 year old Guatemalans face some sort of neglect. Education and job opportunities are scarce, and health care is inadequate too. The state is not doing its job, violating the fundamental rights of children and youth.

Do families matter in this context?
The family is essential. Young people need support in their puberty years, but many do not get this support from their families. All too often, both parents work, toiling in the informal sector, leaving their children to fend for themselves. These children are particularly at risk of crime. Furthermore, in our experience, many parents have never learnt to educate children at all. They lose patience fast and cannot communicate well. Widespread violence and machismo in the families are shaping children’s mindsets, and there are drugs and alcohol problems. If teenagers do not feel safe as part of a well functioning family, they look for a sense of belonging elsewhere.

What kind of families typically have these problems?
It is a bit better in indigenous communities, where family life is guided by traditional values. These values quickly erode in urban areas, where there are more drugs and alcohol problems. Life is harder here, and people struggle for their daily survival.

The so called “zonas rojas” – informal urban slums – have the highest crime rates. What is going on there?
Most residents are very poor, there is a lack of proper infrastructure and people see no future. The law is toothless. The police no longer dare to go into these neighbourhoods, so gangs and drug cartels have taken control. Criminal activities are often organised by prison inmates who need henchmen. Youngsters in zonas rojas are easy prey: they are poor, alone and looking for opportunities. They get hired as killers, as small drug dealers or couriers, or as extortionists.

Why do young people in the zonas rojas have such bad prospects?
It starts with education. Its level is low in Guatemala and particularly so in poor areas. Education costs money moreover. Even those who go to one of the many government-run schools have to pay for uniforms, books and school supplies. Many young people leave school to find work, or they join a gang. To most of them, earning money and getting something to eat matters more than graduating. Nowadays, it is possible to get an education later in life and graduate from night or weekend school for example. But even if you finish college, it’s almost impossible to find work.

Why is that so?
The zonas rojas are stigmatised, and people who live there have a bad reputation. Companies do not want to hire them. Many young people have to lie and give a false address if they want to get a decent job.

Is that also true of unskilled jobs as the maquilas, the big textile factories, offer?
Maquilas are a problem in itself. I would not speak of decent work there, as they violate so many labour rights. And they don’t offer a lasting perspective either, as most of them shut down after the five-year tax-free period granted by the government. Moreover, the maquilas are indirectly controlled by the gangs too. They force people working there to pay a share of their salary as protection money.

Children in poor areas often grow up with only one or no parent.
That’s right. Everyday, children in zonas rojas experience violence, grief and conflict. One of our youth group coordinators has no father, and her mother died recently. Now she must take care of her younger siblings by herself. Another co-worker lost his father, who worked as a bus driver and was killed for not paying protection money to the gangs. But the stories of these two youngsters also show that our programmes work: we were able to catch their fall. We would like to do more and offer many more young people individual psycho-social support, but therefore we would need more financial and human resources.

What does SODEJU – FUNDAJU do?
We create new opportunities for young people and open up ways to participate in social life. Our youth centres offer computer courses and are eligible for scholarships. In many places, we have established youth groups with up to 50 members. These groups plan and carry out various activities. One group, for example, makes handicrafts and earns money that way. The groups also do educational work and talk with parents and authorities. We have also published manuals on education, including health, sex and environmental education. We are politically active and promote better youth policies. Furthermore, we run a programme for delinquent minors.

What can you do for them?
Most of these youngsters have committed petty crimes, were drug couriers or involved in robberies or perhaps sexual violence. We focus on helping them to find work. We cooperate with companies that have agreed to hire some of them. Finding those companies is not easy however.

Can you do this kind of work all over Guatemala?
Well, it is obviously more difficult to work in dangerous areas. Lo de Carranza for example is a zona roja on the outskirts of the capital. About 150,000 families live there, and they basically must cope without any kind of infrastructure. On average, five people get killed there each month. Gangsters murdered four members of our youth group, maybe to take revenge or because they mistook them with someone else. In another district, Palín, it is becoming a trend to hold people for ransom. It is hard for our youth groups to be active here. Two of our groups in the capital were believed to be gangs, and one of our youth centres was pressured to pay protection money, because gangsters thought it was a business. Luckily, we could make it clear that we are a social institution. Since then, we have been left in peace.

What is it like in rural areas?
Those areas have different concerns. In San Raymundo unemployment is the biggest problem. In San Juan la Laguna, a series of suicides occurred among the young, because they saw no future. There, our youth group started an arts and sports programme.

Do you sometimes succeed in freeing youngsters from the gangs?
We focus more on prevention and do not work directly with gang members. Our aim is to reduce the number of young people who join gangs. In the end, not everyone is involved in mafia activities, and many even want to stay clear of violence – but that’s not easy. Most of them have childhood friends or neighbours who did become gangsters. Several members of our groups were on the verge of joining gangs, but were able to set themselves new goals thanks to our programmes and never took the ultimate step of joining a gang. Many times, we have also experienced that youngsters who initially seem timid and disinterested become confident over time and take responsibility as group leaders.

You also work with parents – what advice do you give them?
We let them consider their own childhood and their children’s situation. Then we discuss what they might do better and what values they want to convey. We tell them, for example, that it is important to care for and be interested in one another, to listen to other family members and to support them, to respect eachother and share household work.