Though humankind cannot afford to lose the Amazonian forests, deforestation is progressing fast. Research shows that officially recognized indigenous territories serve as protective barriers. National governments must promote this cause. Recent trends of backing away from environmental protection, for example in Brazil, will only cause massive harm at the continental and even global level.

contributed to D+C/E+Z as a researcher who works for the Fundación EcoCiencia in Ecuador. This civil-society think tank is a member of the international non-governmental network RAISG (Red Amazónica de Información Socioambiental Georreferenciada – Amazonian Socio-environmental Georeferenced Information Network). 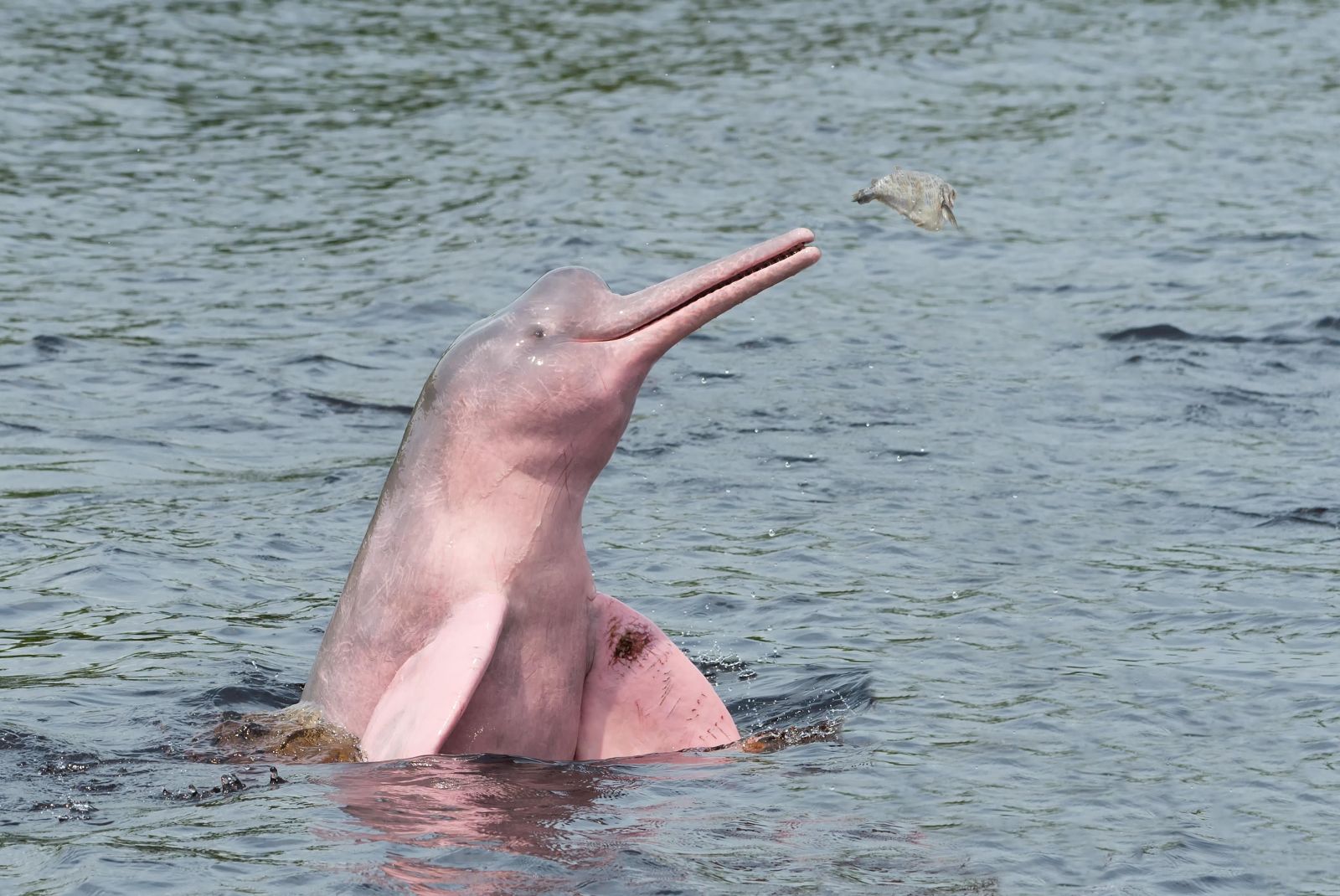 For millennia, the indigenous peoples of the Amazon have de facto been the guardians of large tropical forest areas. Defined according to biogeographic criteria, the Amazon region has a size of almost 7 million square kilometres. This is the greatest forest area remaining on earth. More than a third (37 %) of it belongs to more than 3,344 formally acknowledged Indigenous Territories. They are home to 375 different ethnic groups.

RAISG research shows that, until 2015, only eight percent of Amazonian deforestation occurred in the forests inhabited by indigenous peoples. By contrast, 88 % of all deforestation happened in the less than 50 % of the Amazon area that is neither indigenous territory nor protected area. This pattern was consistent across all countries of the region.

In recent years, other studies have provided similar evidence. Conversion rates tend to be much lower where forests are managed by indigenous peoples and local communities (IPLCs). IPLCs therefore help to stem carbon emissions that are related to land-use, land-use change and forestry (LULUCF). Globally, emissions from the LULUCF sector amount to about eight percent of the total. In Amazonian countries, however, the share is much higher, with LULUCF accounting for 24 % to 50 % of national carbon emissions.

Researchers have found out that indigenous territories indeed serve as deforestation barriers. Moreover, governance regimes make a difference. In Brazil, a study assessed different forest parcels that were under comparable threat of deforestation. The result was that those in Indigenous Territories and other protected areas were less likely to be destroyed. The deforestation pressures actually tended to be strongest in indigenous lands, but the actual deforestation rates were lowest there.

It is sometimes argued that many IPLC managed forests are in remote areas where deforestation is less likely. This perception is not accurate. At least it does not reflect the Brazilian experience in the years 2001 to 2013. A recent study showed that deforestation rates in IPLC forests stayed 49 % to 88 % below those of unprotected forest land that is comparable in terms of remoteness and other conditions. Similar patterns were evident in Bolivia and Colombia, but could not be discerned in Ecuador.

Lower rates of deforestation and degradation mean that carbon emissions are kept lower too. Vast amounts of carbon are stored in forest biomass, and it is crucial to keep it there. The Amazon region’s Indigenous Territories make important contributions to reducing countries’ carbon emissions.

The Indigenous Territories only account for about one third of the total forest area, but they store nearly one third of the region’s aboveground carbon. That makes them relevant for the success of the Paris Agreement on climate change. In its context, the countries of the Amazon basin have committed to making nationally determined contributions (NDCs) to mitigation. They would be unable to fulfil them if the carbon sinks that IPLCs manage and protect were to experience similar deforestation rates as unprotected areas do. That would be a disaster in other regards as well. The regional climate would change with considerable impacts on the continent’s rainfall patterns. Desertification may get worse, and biodiversity would definitely suffer dramatically (see article by Stephan Opitz in the Focus section of D+C/E+Z 2019/01).

Historically, the livelihoods of indigenous Amazonian peoples have depended directly on the forest. Its resources served all vital purposes, including food, shelter, water, fibre, fuel and medicines. Accordingly, the cultures of the many different ethnic groups are inextricably linked to the local environments where they live. The territory defines their identity. Their cosmology is based on relationships their ancestors forged with the forces of nature. That understanding was passed down from generation to generation. In the process, the traditional knowledge evolved that sustained communities for millennia, both in material and spiritual terms.

Today, however, this balance is at risk. Western culture is encroaching on the Amazon region. Its influence on IPLCs and their territories is growing. RAISG data shows that, in 2018, 16,900 kilometres of roads cut through them. Moreover, concessions for mining and oil drilling have either been granted already or are likely to be granted soon for 470,000 square kilometres of IPLC forest. Unfortunately, governments are prone to grant such concessions regardless of an area’s legal status, so other protected areas are affected too.

Indigenous leaders are aware of the importance of the forests. They express their communities’ concerns, demanding appropriate national policies and safeguards. Moreover, they are disappointed in REDD+. The acronym stands for “reducing emissions from deforestation and forest degradation and enhancing carbon sinks in developing countries”. It is an initiative taken at the UN climate summit in 2005. The idea was that forest-rich countries would get rewards for forest protection, provided that the results were measurable. REDD+ proved less effective than hoped. Implementation is difficult for several reasons. One problem to be addressed is that the local communities need to be rewarded too.

In 2011, indigenous groups from the Amazon region joined forces and proposed an alternative to REDD+. It is called Amazon Indigenous REDD+ (RIA for the Spanish translation). RIA was conceived as a strategy to contribute to the mitigation of – and adaptation to – climate change, for instance by building resilience through the conservation and holistic management of their territories. RIA emphasises traditional knowledge because it appreciates the value of standing forests and the ecosystem services they deliver. At the same time, the approach is supposed to promote the welfare, self-determination and future welfare of IPLCs.

Recognition of collective land rights is an essential part of the RIA proposal, and so is the demand for the enactment of national development policies that are consistent with countries’ commitments to climate protection. Tangible steps must be taken towards better control and decisive reduction of deforestation and forest degradation. The drivers of environmental harm include the agroindustry, grazing, timber, mining etcetera. Large-scale infrastructure for hydropower and transportation matter too. These issues must be tackled.

The sad truth is that national governments are not really responding to this urgent need. Jair Bolsonaro, Brazil’s new president, has expressed his hostility to the very idea of environmental protection (for more on Brazil’s crisis of democracy, read Carlos Albuquerque’s essay in the Tribune section of D+C/E+Z e-Paper 2019/02). His disrespect for the rights of minorities and, indeed, human rights are worrisome too. Latin America certainly does not need any further empowerment of the businesses that cause deforestation. Letting them do will only lead to disaster.

On the upside, the bearing of indigenous peoples from the Amazon and other world regions on international negotiations has been growing. For example, the Local Communities and Indigenous Peoples Platform will serve as bridge that links the UN Framework Convention on Climate Change (UNFCCC) to local communities and their traditional knowledge. The Platform will promote the exchange of experiences and sharing of best practices (see article by Fatima Arkin in the Focus section of D+C/E+Z e-Paper 2019/02).

Scientists point out that reaching the Paris Agreement’s temperature goals will only be possible if forest-based strategies are adopted. Such approaches are costeffective ways to prevent harm. Afforestation, eco-friendly agriculture and sustainable forest management are needed. Measures must be scaled up and funded adequately. Given the vital role of Amazonian IPLCs and their current poverty, they must be involved in decision-making and should benefit from relevant investments.